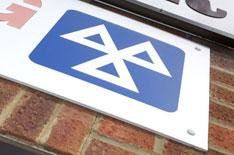 A garage owner and his former wife have been jailed for Britains biggest ever MoT test scam.

Roobik Mirzabegi was convicted of three counts of conspiracy to defraud at Leeds Crown Court last October, after an investigation by the Vehicle Operator Services Agency (VOSA) and West Yorkshire Police.

Mr Mirzabegi used four garages in the city to issue thousands of invalid MoT test certificates for vehicles that were not properly tested.

His brother, Hakop Mirzabaigian, was also found guilty of forgery in October and was fined 6500. Ten other men received sentences in January 2007 for their involvement in the case.