Judge calls for retests for over-70s 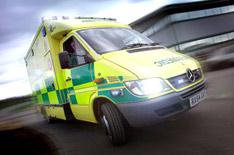 A judge has called for elderly motorists to undergo driving checks after an 86-year-old man drove into three people on a pavement after mistaking the accelerator for the brake.

The woman had part of a leg amputated as a result of the crash, the man died shortly afterwards and his wife remains in hospital.

Sentencing Skoyles at Norwich Crown Court, Judge Peter Jacobs said: 'No one says this was deliberate or malicious, but you should not have been in that car.'

Calling for road safety checks on all motorists aged 75 and over, Jacobs added: 'People out there are not going to say they are no longer fit to drive. People regard cars as essential.'

When motorists reach 70 they are legally required to complete a form declaring medical conditions every three years, but there is no compulsory retest.

The Driving Standards Agency is currently consulting on ways to improve the safety of elderly drivers who, when aged 70 and over, are three times more likely to be killed or seriously injured on the road than those aged 40 to 65.

Skoyles was given an eight-month suspended jail sentence for dangerous driving, fined 2000 and banned from driving for three years.