More for you |
The true cost of going electric revealedMazda 3 long-term test review2020 Land Rover Defender: prices, specs and release dateAll the cars to watch out for at the 2020 Geneva motor showBest large SUVs 2020
Home
News
Man squeezes 13 people into a Volvo
news

Man squeezes 13 people into a Volvo 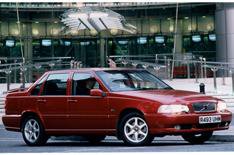 Here at whatcar.com, we're quite often asked by those with larger families about MPVs with more than seven seats.

Abraham Gniwosch, from Tottenham in north London, decided not to go the expense of buying a large MPV - he felt his five-seat Volvo S70 saloon could do the job just as well.

In fact, he was caught by police with 13 people aboard his Volvo in Llandudno, Conwy, last August.

PC Roger Brazel said he found an adult male and a boy in the front passenger seat, and there were two women with infants on their laps in the back.

The other six passengers, all young children, were either sitting or standing in the centre section of the back seat.

None of the passengers were wearing a seatbelt.

Mr Gniwosch said he wasn't driving dangerously, adding that he had been driving at no more than 20mph.

The magistrates in Llandudno didn't agree - Mr Gniwosch was given a 12-month driving ban and ordered to pay over 900 in fines and costs. A request from the prosecution for the car to be confiscated was denied.