* I'm a celebrity get me a car! * We profile the celebrities * What car should they drive... 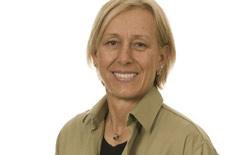 She may be past her Wimbledon best, but nobody's going to question the former tennis champion's hand-eye co-ordination, so she's definitely in the market for something nippy.

Always a leader of the pack, she also admits she has no time for whiners, so she won't be caring about what people think of her when she drives by.

Her pilot's licence makes it obvious she has a spirit of adventure, too, and highlights the fact that she's earned enough money to pursue her dreams.

Why? Super quick and a little bit different from the rest of the supercar pack. The R8 has the sort of image that we think would suit Martina. She also has the skills to handle it, plus the bank balance to pay for it.