More for you |
Best hybrid cars you don't have to plug inWATCH: 2021 Tesla Model 3 facelift review – all changes in detailMost (and least) reliable executive cars2021 BMW i4 electric car: what we know so farSave 55% when you subscribe to What Car? this Black Friday week
Home
Feature
Mazda 3 long-term test review: report 3
feature 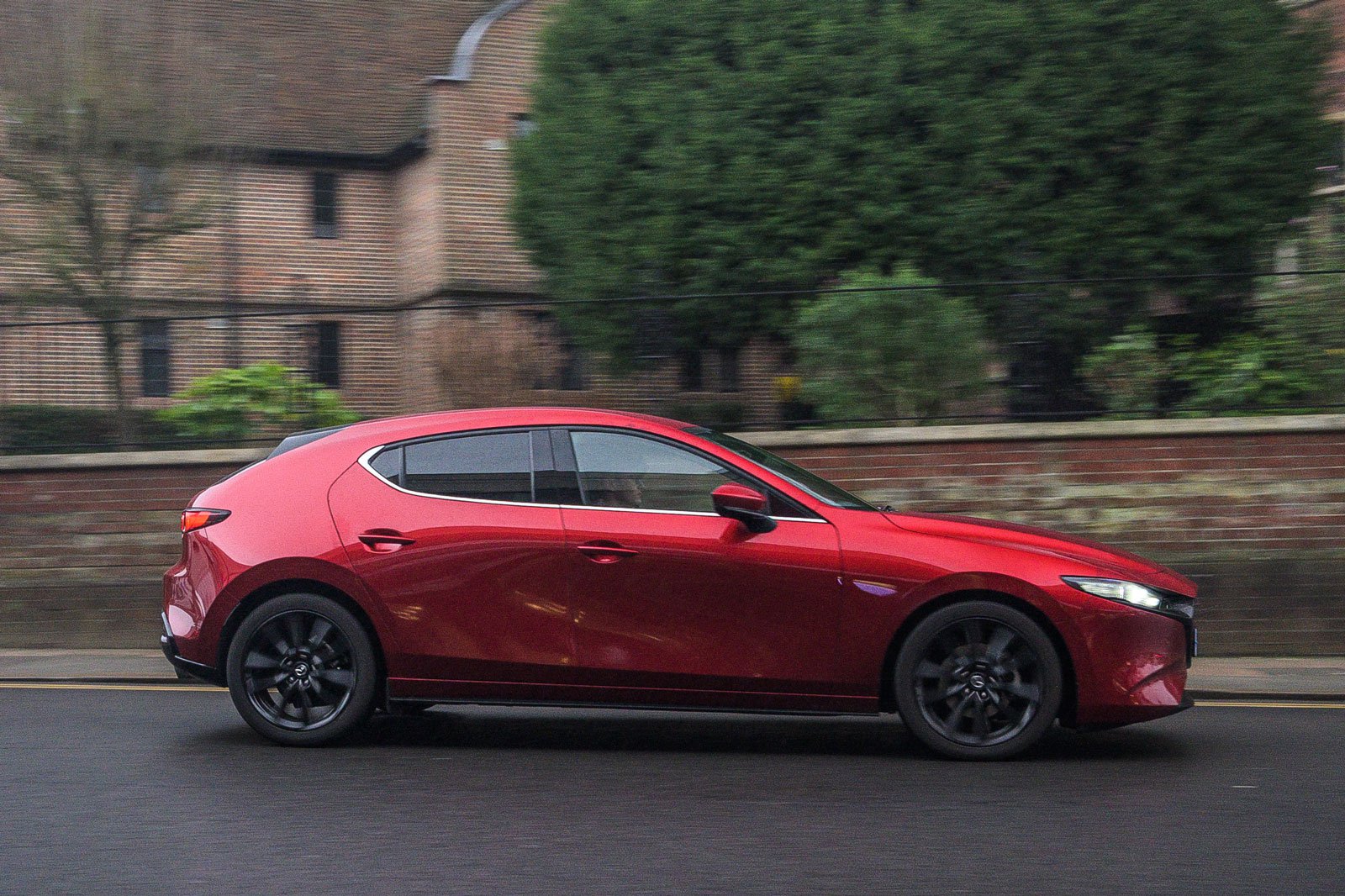 Needs to Achieve diesel-challenging economy; have an interior and driving experience that make you feel special; be practical enough for a family of four

Have you kept your New Year’s resolutions? I’ve kept two of my four – not bad going. One was to be more adventurous, and I made a start on this by arranging to visit a friend in Belgium who I hadn’t seen in many years.

Instead of flying, I would drive; a decision made easy by the fact that I know my Mazda 3 is well suited to long journeys and has sat-nav maps and live traffic data for Europe.

Five days before leaving, I'd just sorted the Channel Tunnel and a hotel when a mate asked for a lift to the airport. I said yes. Bad choice. While stopped at a red light, we heard the screeching of tyres; but from where? By the time we’d shared a confused look, we found out: a 3.5-tonne van. He hit us hard enough to destroy his radiator and smash in our tailgate, rear bumper and its associated sensors. 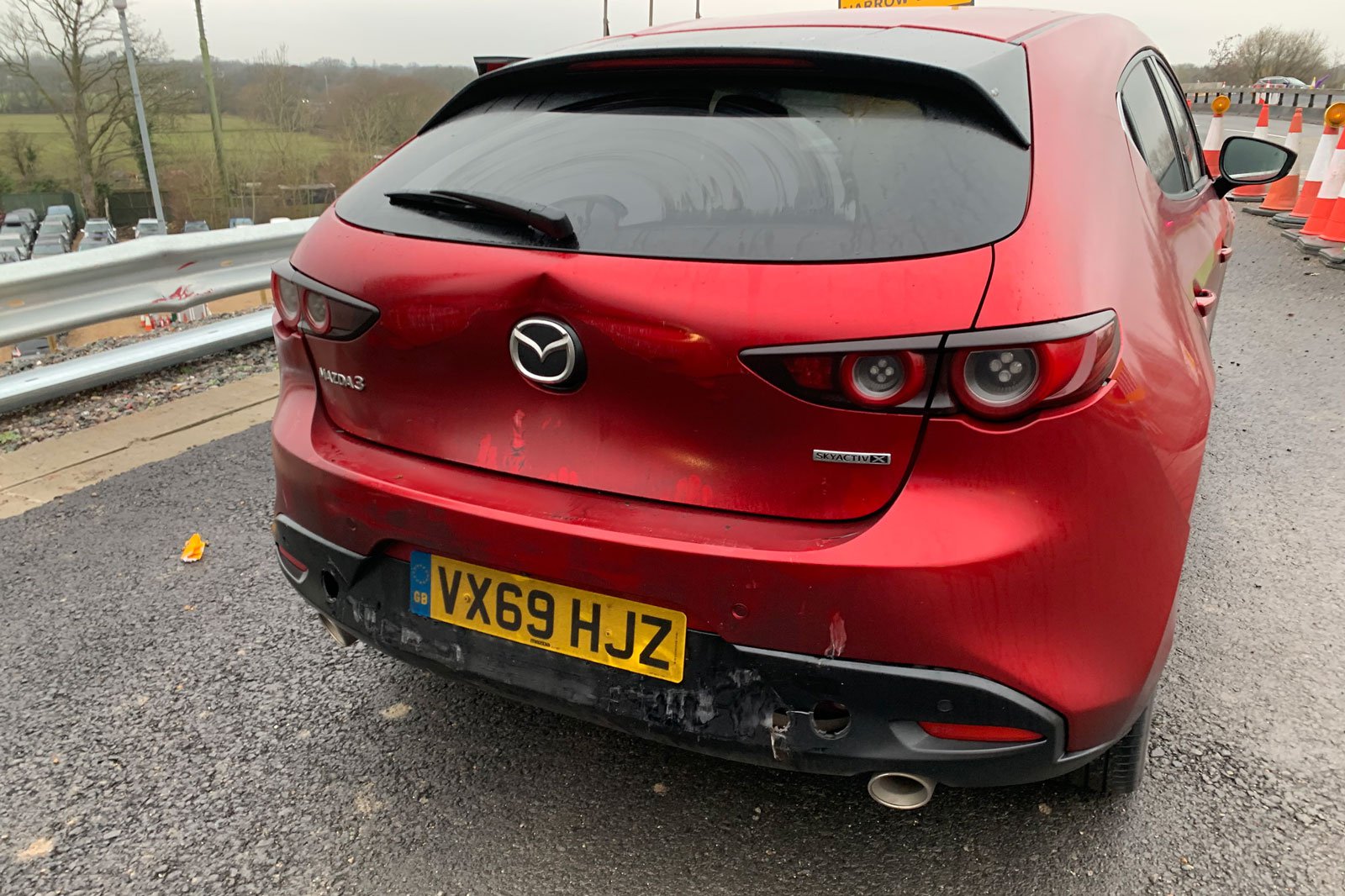 Naturally, I took this as a minor mishap and wasn’t too stressed about sorting a replacement car... But Mazda came through with a like-for-like just in time for my trip, thankfully. So henceforth Soul Red becomes Sonic Silver and HJZ becomes HKD.

Before long, I was emerging from below the waves to roll on French roads. The 3 doesn’t have fancy headlight beam direction adjustment, so I had to put beam-deflector stickers over the headlights, but its digital speedo can be switched from imperial to metric – a small feature that helps to make ‘doing everything the wrong way round’ considerably less taxing. 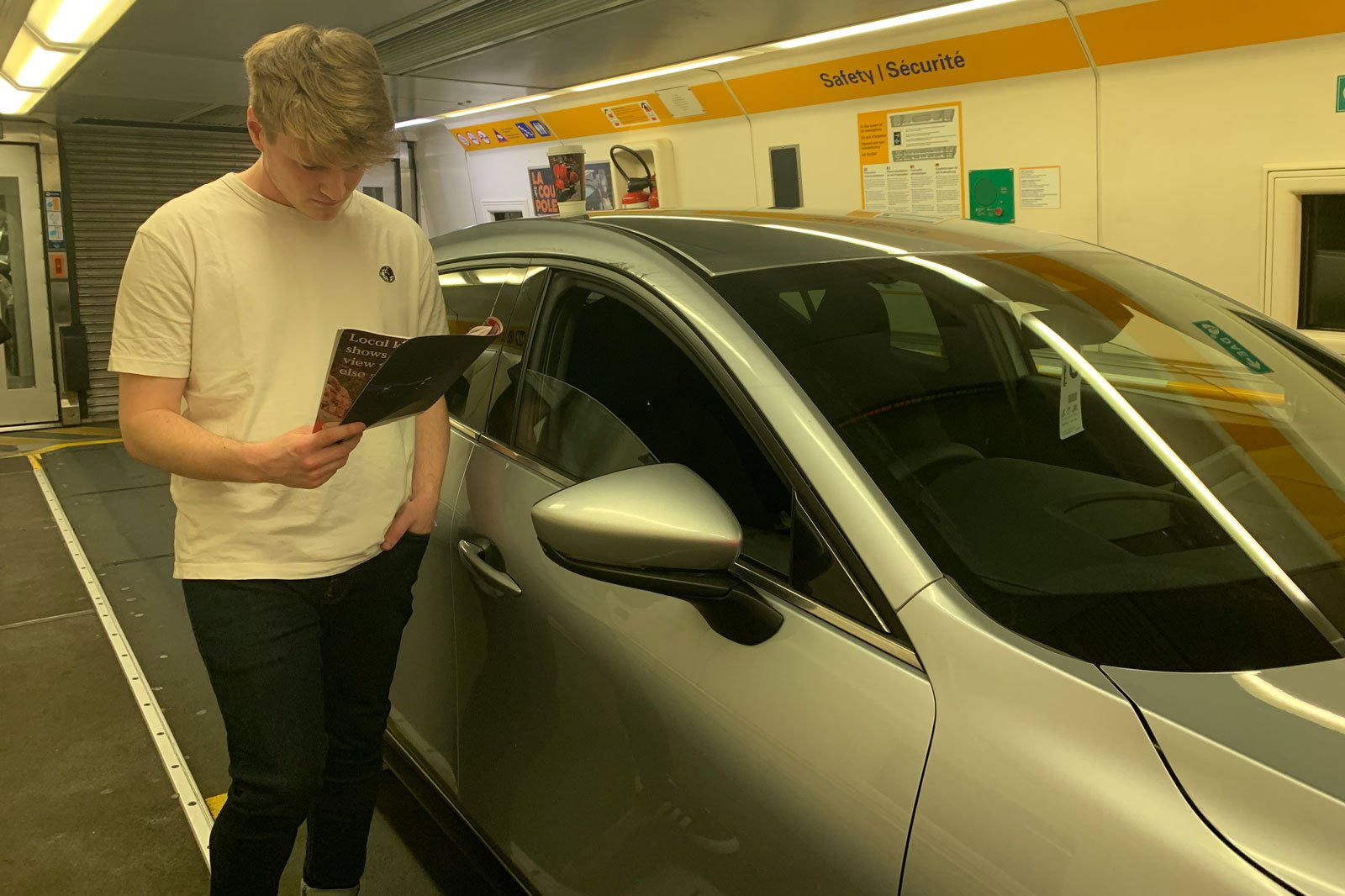 Once I’d struggled out of Calais’ port area, I could almost immediately join the autoroute, whereupon I experienced the minor thrill of setting the cruise control to 130kph, or 81mph. The lack of arbitrary variable speed limits and threatening speed cameras also contributed to a high-speed driving experience verging on bliss. Just keep clear of Belgium’s worst drivers. If you think people are scary here…

Anyhow, the drive from Brighton to Gent was 230 miles, over which I averaged 70mph and a respectable 48mpg. And sure enough, I emerged after more than five hours feeling genuinely fresh; a real compliment, given some cars make me desperate to get out, through discomfort and/or incessant noise, after just one. 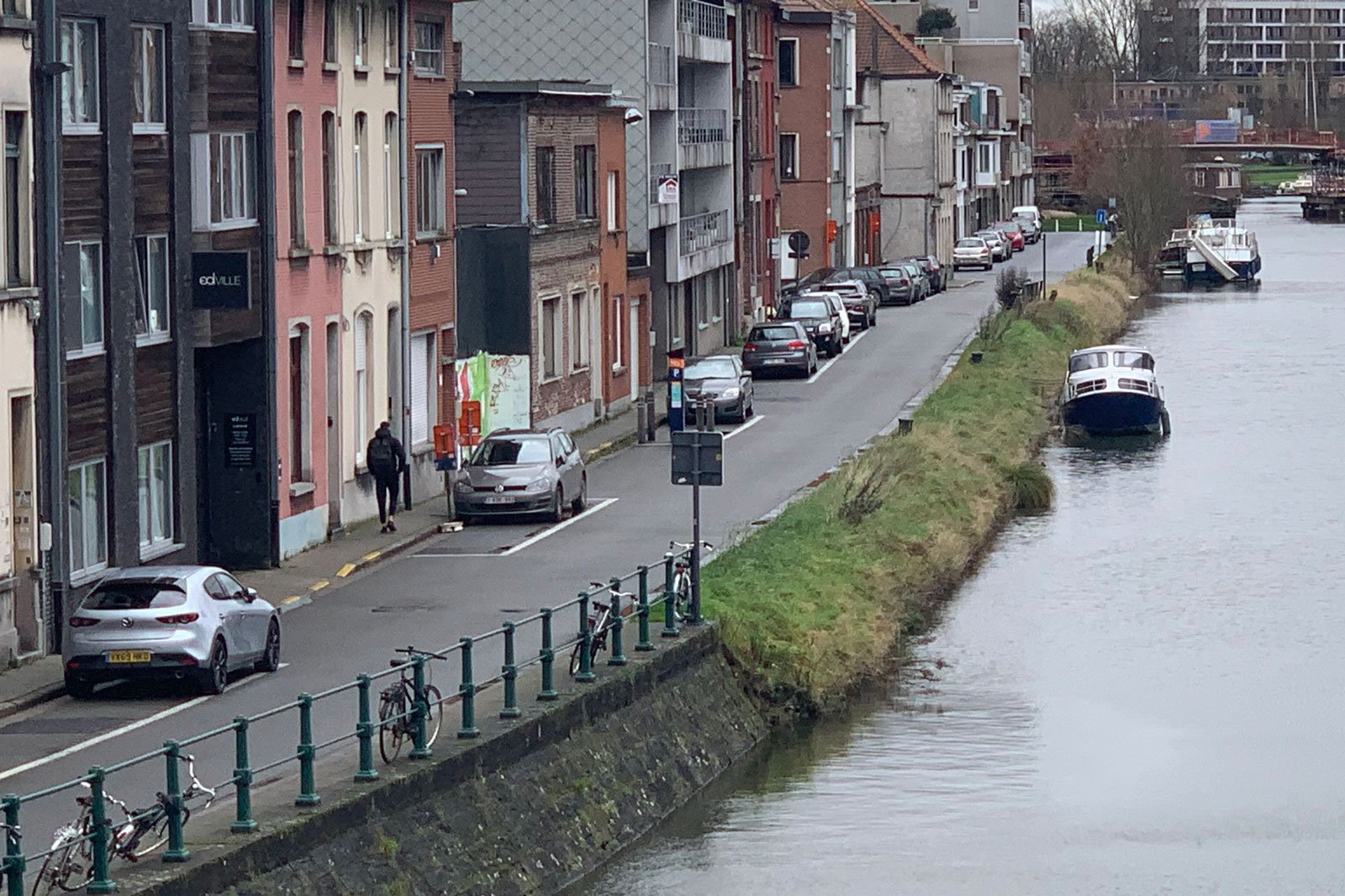 For the next five days, the 3 rested between my hotel and a canal as, to my surprise, Gent has a strict low-emissions zone for vehicles, like London. But it’s small and picturesque enough that walking around is far better and more enjoyable than driving anyhow.

My overall average economy dropped to 46.8mpg by the time I was home, as my introduction to post-Brexit Britain at 1AM on a Thursday was ‘Northbound M20 closed’. This meant the quickest route home was wriggling along the south coast for 75 miles on minor B-roads, muddy farm roads (yes, really) and A-roads. The still-impressive efficiency here is maybe all the more surprising, given that I made the most of the rev-hungry engine and delightful gearbox on the twistier empty stretches.

Who says you need a big diesel saloon for long road trips?

Read more about our long-term Mazda 3 >>