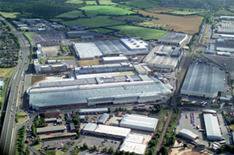 Mini has cut a further 90 agency staff in response to falling car sales.

BMW, which owns and operates the factory in Oxford, originally said 290 agency staff would lose their jobs, but that figure has now risen to 380.

Mini has also said that fixed holidays are being brought in for 2009 and that the Friday late shift has been scrapped.

According to the Society of Motor Manufacturers and Traders, Mini sales in the UK fell by more than 32% in December compared with the same month in 2007.