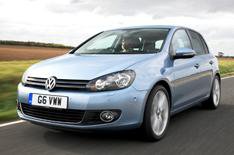 New car discounts have dropped by over 12% over the past 12 months, while most list prices have shot up.

However, there are still some great deals out there for anyone willing to do a bit of research before they buy. What Car?'s deal-hunters have been sniffing out the best deals on 60 new cars to coincide with today's 60-plate change. Savings on the 60 most searched for cars on whatcar.com total more than 158,000.

Car buyers rate a big discount ahead of any other incentive, according to a poll on whatcar.com 58% of car buyers would rather have a bigger discount than an extended warranty. Low rate finance was a bigger temptation than long warranty cover, too.

Steve Fowler, What Car? editor-in-chief, commented: 'Even though discounts are down, it still pays to sniff out the best car deals online before you go shopping. You might not want to shop online, but sticking a print out under a car dealers nose is a sure-fire way to get them to up their own discount'.