Versatile and potentially cheap to run, plug-in hybrid SUVs are tempting for families and company car drivers alike. Let’s see if the new Tucson has what it takes to beat the class-leading Kuga...

Other versions of the latest Tucson have already impressed us with their interior space and quality; can this new plug-in hybrid model bring additional strengths?

The Kuga has previously seen off the likes of the Mitsubishi Outlander and Volvo XC40 in our tests, making it the plug-in hybrid SUV to beat for less than £40,000

Plug-in hybrids offer some of the financial and environmental benefits of an electric car, especially the fuel savings on shorter trips, with the convenience and peace of mind of normal fuel stops on longer journeys – the perfect combination for a family SUV, you might think. And you wouldn’t be the only one.

There’s a wide variety of these plug-in and fill-up SUVs around to cater for the high demand, with the new Hyundai Tucson Plug-in Hybrid being the latest to join the fray. 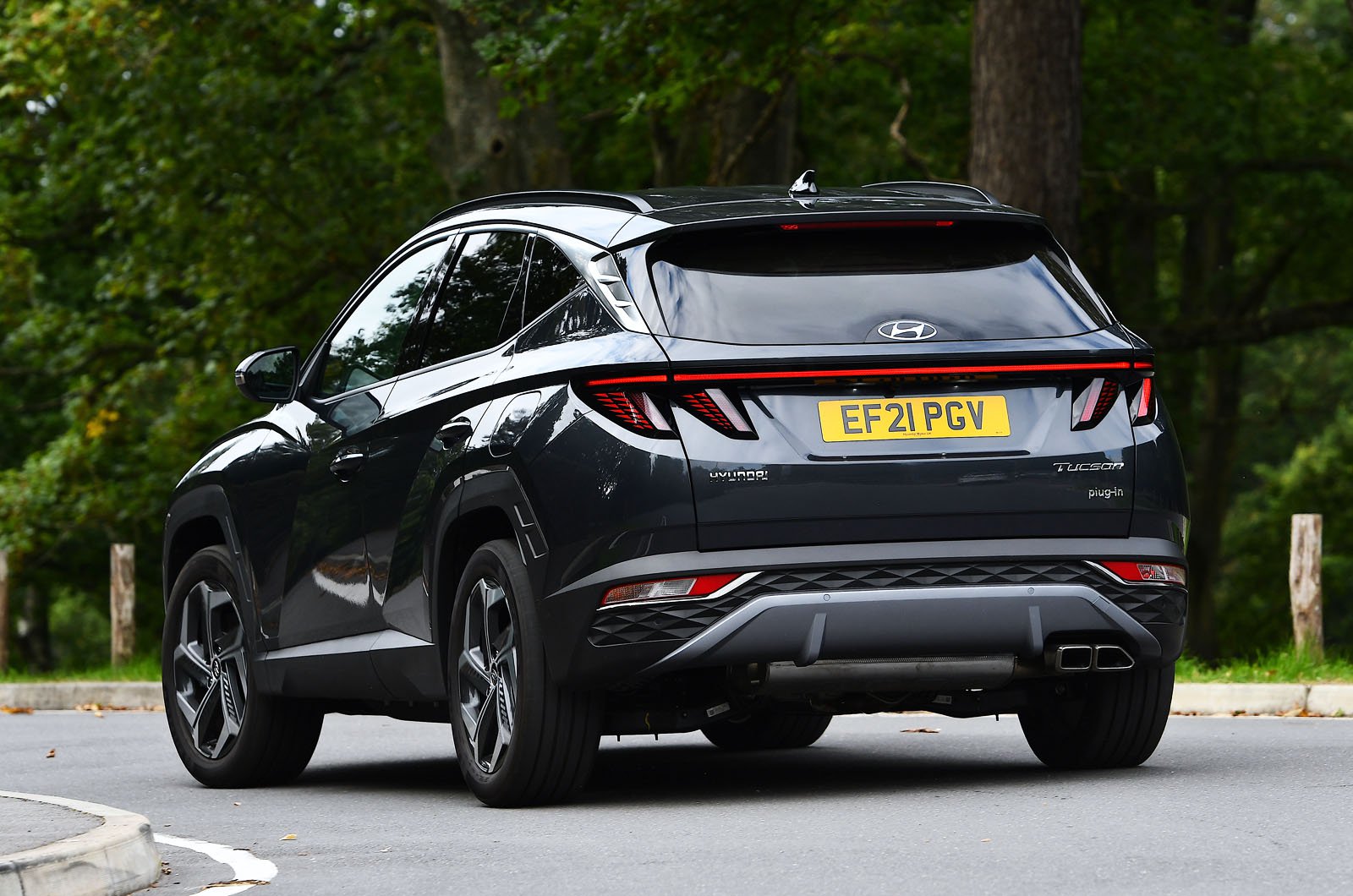 As well as having a 1.6-litre petrol engine to keep you going when the electric range is all used up, the Tucson comes with four-wheel drive and plenty of standard equipment – not to mention Hyundai’s five-year warranty – to tempt you away from its rivals.

However, the Ford Kuga PHEV has established itself as the plug-in hybrid SUV to beat in this price region. Not only does it have a very respectable official range on electric power alone, with 37 miles to a single charge, but it’s also great to drive and we know from previous experience that its 2.5-litre petrol engine is very efficient even when the battery is flat.

With the Tucson’s 38-mile official electric range pipping the Kuga’s and the crucial company car tax and post-discount retail prices looking very close, has the Kuga PHEV met its match? 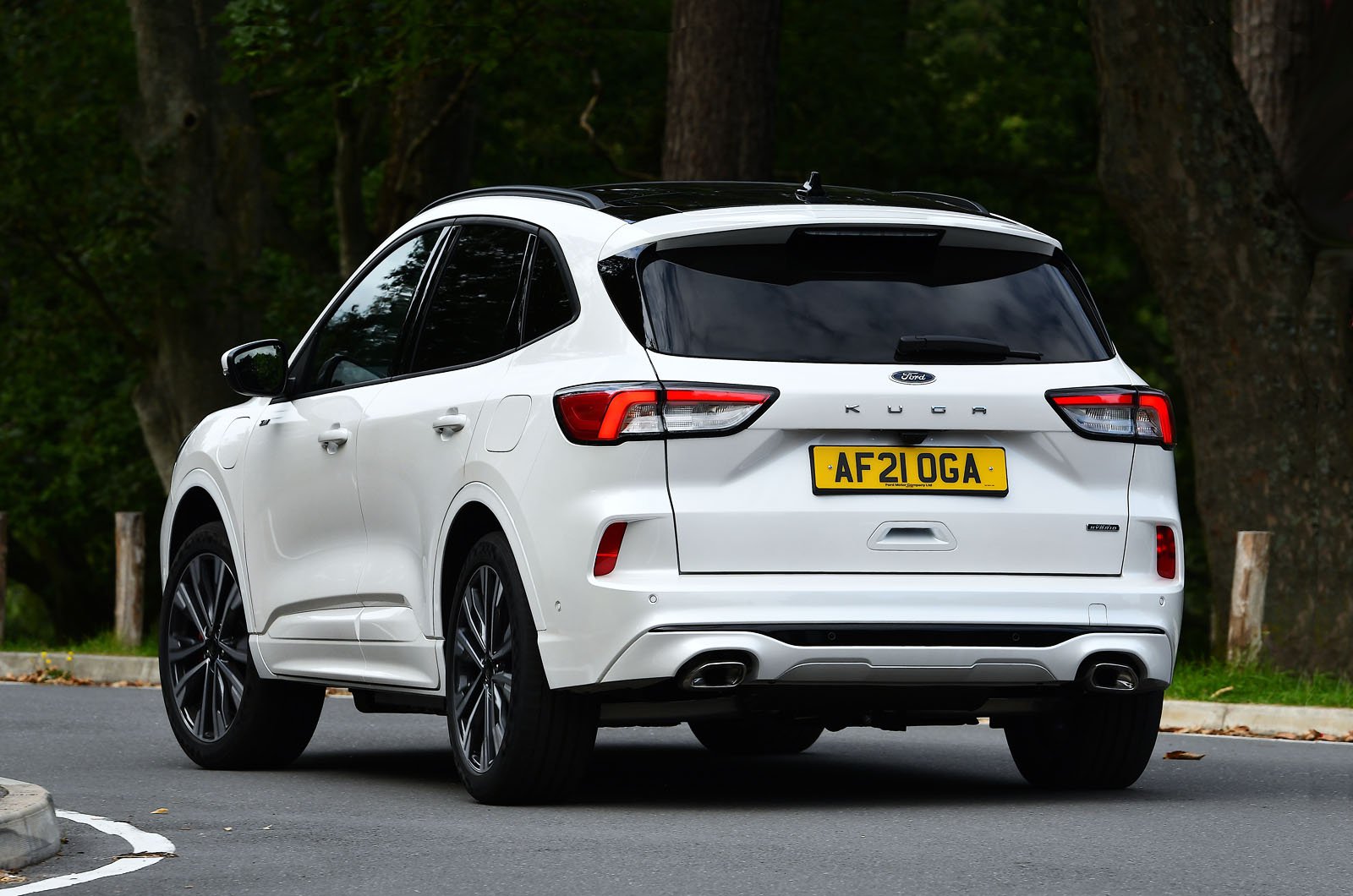 It’s no surprise, really, that the Tucson is usefully quicker than the Kuga. It has more power when its petrol engine and electric motor are combined (261bhp versus 222bhp) and it’s a touch lighter, while its four-wheel drive (as opposed to the Kuga’s front-wheel drive) helps to deliver snappier getaways in greasy conditions. It’s enough of a power difference that the Tucson feels beefier than the Kuga when you’re in need of a burst of acceleration to merge with motorway traffic.

That’s not to say that the Kuga is slow. Its acceleration doesn’t leave you wanting and its initial response – as you prod the accelerator pedal – is actually snappier; it just hasn’t quite got as much muscle thereafter. But the Kuga is slicker in the transition between electric and petrol power, while its CVT automatic gearbox makes for relatively fluid and relaxed progress. The only downside is that the CVT tends to hold the engine revs high under hard acceleration and up hills, with a matching uplift in noise. 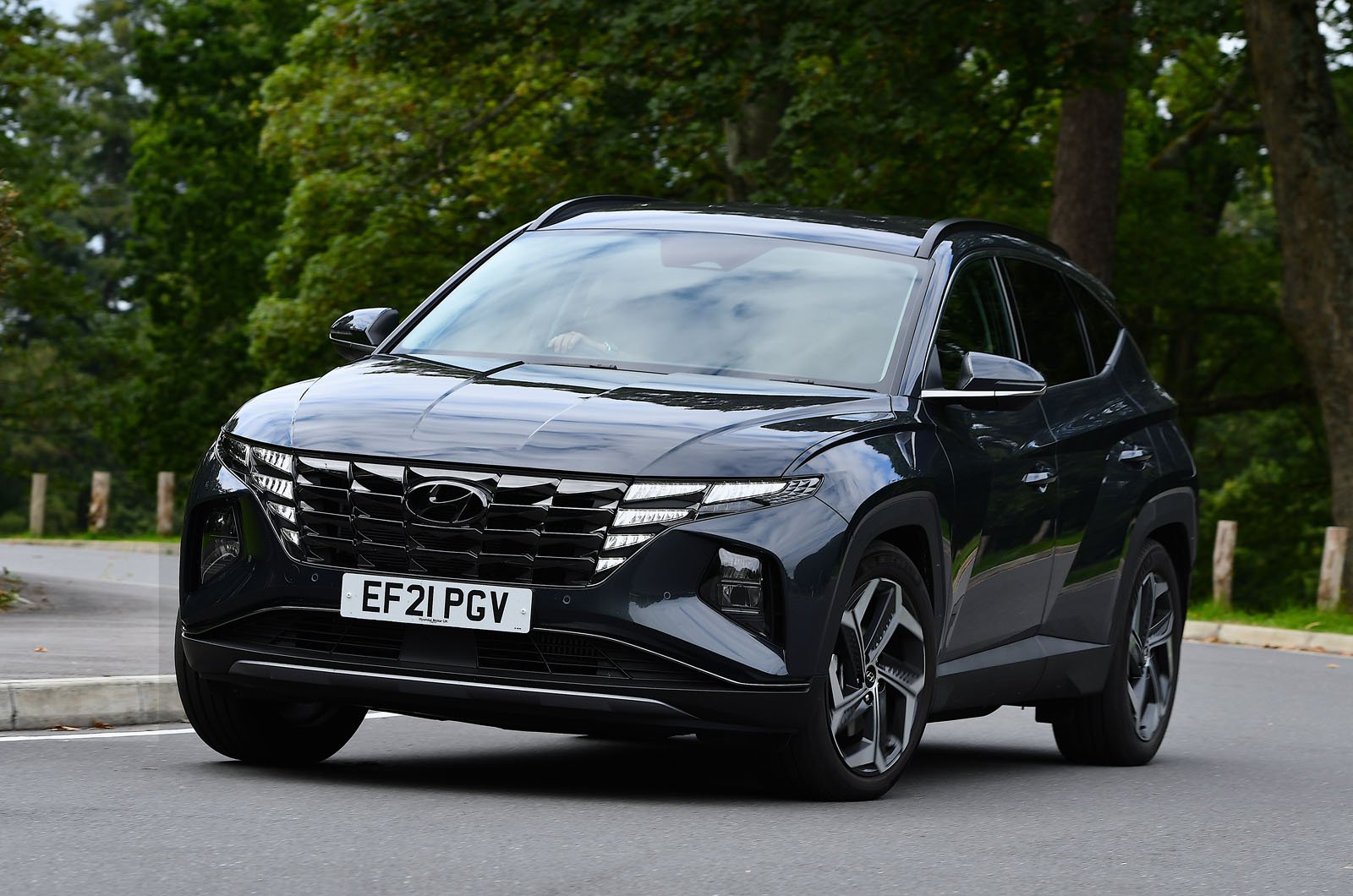 That doesn’t happen as much in the Tucson. Its dual-clutch automatic gearbox has six distinct gears, but it thunks when you kick down and the way its accelerator response changes as the petrol engine cuts in is annoyingly inconsistent; you get a sudden surge of acceleration rather than a progressive swell.

Each of our contenders managed a very respectable 31 miles solely on battery power in our real-world test, so, with routine charging, the average motorist really can cover the majority of journeys without burning any petrol.

When you’re not trying to eke out every last mile of electric range, the Kuga is more fun to drive. It may be tall and fairly heavy, but it feels wieldy, with tidy body control and plenty of grip on a twisty road. The steering’s weight build-up could be more consistent as you add lock on faster roads, but it’s still accurate and the Kuga is easy to place in tight urban streets. 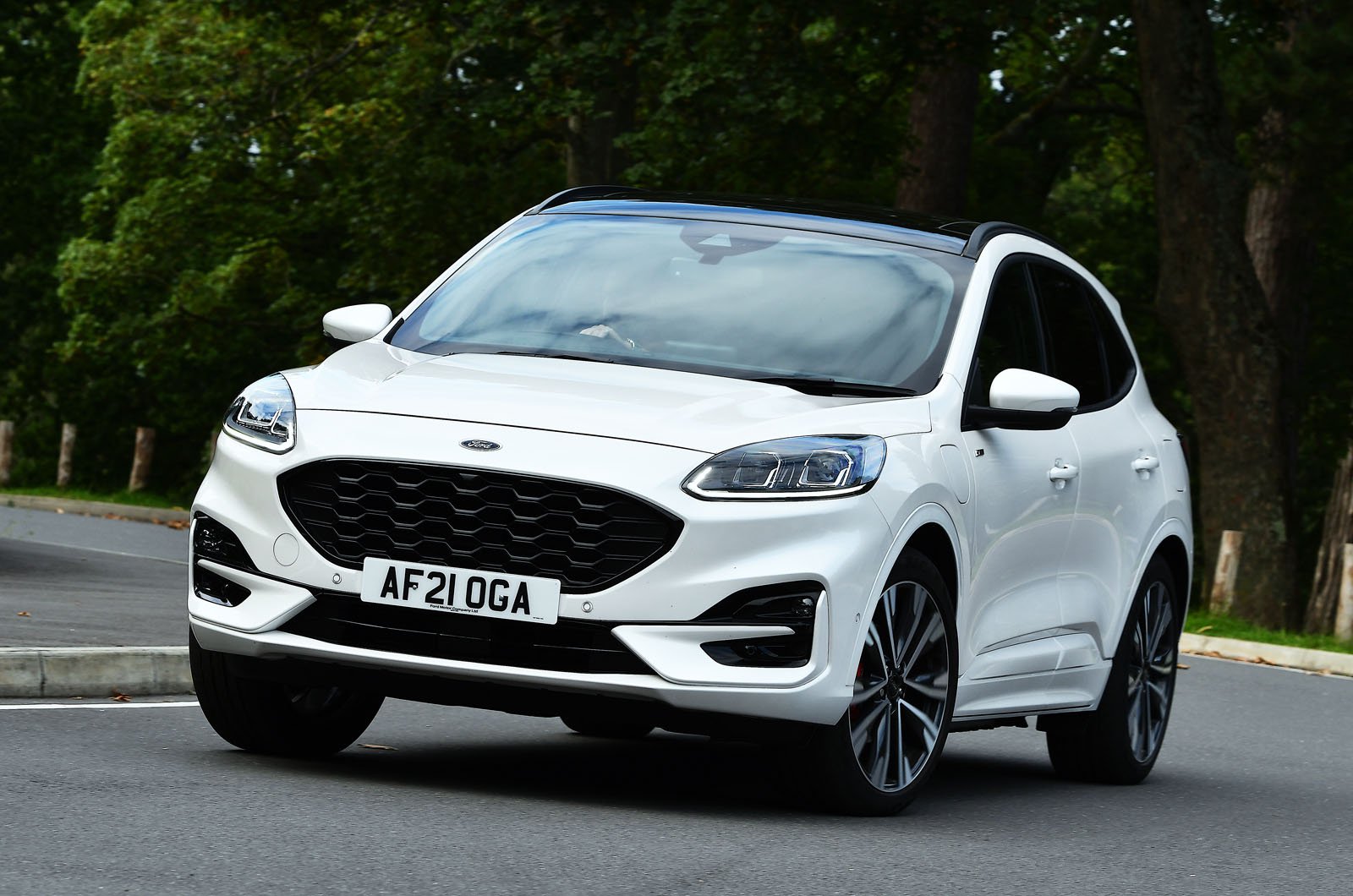 The Tucson is tidy to drive as well, proving grippy and balanced in fast direction changes. However, as with the Kuga, its steering isn’t ideal. It’s very light and a little too quick to respond when you initially turn in to a corner, sometimes resulting in you having to readjust your line. Body lean is more pronounced in tighter corners, too.

The trade-off for the Kuga’s greater agility is a less forgiving ride. ST-Line models have firmer suspension than the other trims and our car was fitted with larger, optional 20in wheels. The combined effects are that smaller ripples cause a shimmy, while harsher lumps and potholes make themselves known with a thump through the seat. Having tested the Kuga PHEV on softer springs and 19in wheels, we can say that set-up is calmer.

The Tucson is a softer, more relaxed car. It sponges up more of the road’s imperfections, leaving you feeling pleasantly cosseted. It’s also quieter, with less wind and tyre noise at motorways speeds. 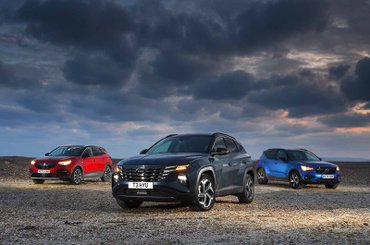 A hybrid family SUV is a great way of combining practicality with fuel efficiency – but which type should you choose? We compare the three main options