A hybrid family SUV is a great way of combining practicality with fuel efficiency – but which type should you choose? We compare the three main options...

You’re unlikely to have any issues with the range of seat and steering wheel adjustment available in any of our contenders, but we reckon the XC40 has the best driving position overall. Not only do you sit higher than in the Tucson and Grandland X, making the XC40 feel like a proper SUV, but the seats are also comfortable and supportive, with plenty of side support to hold you in place through corners.

In contrast, the Grandland X’s seats are so woefully short on side support that you find yourself wedging one elbow against the door and the other against the central armrest to stop yourself from sliding around. That said, its seat is comfier than the Tucson’s, which is relatively hard. 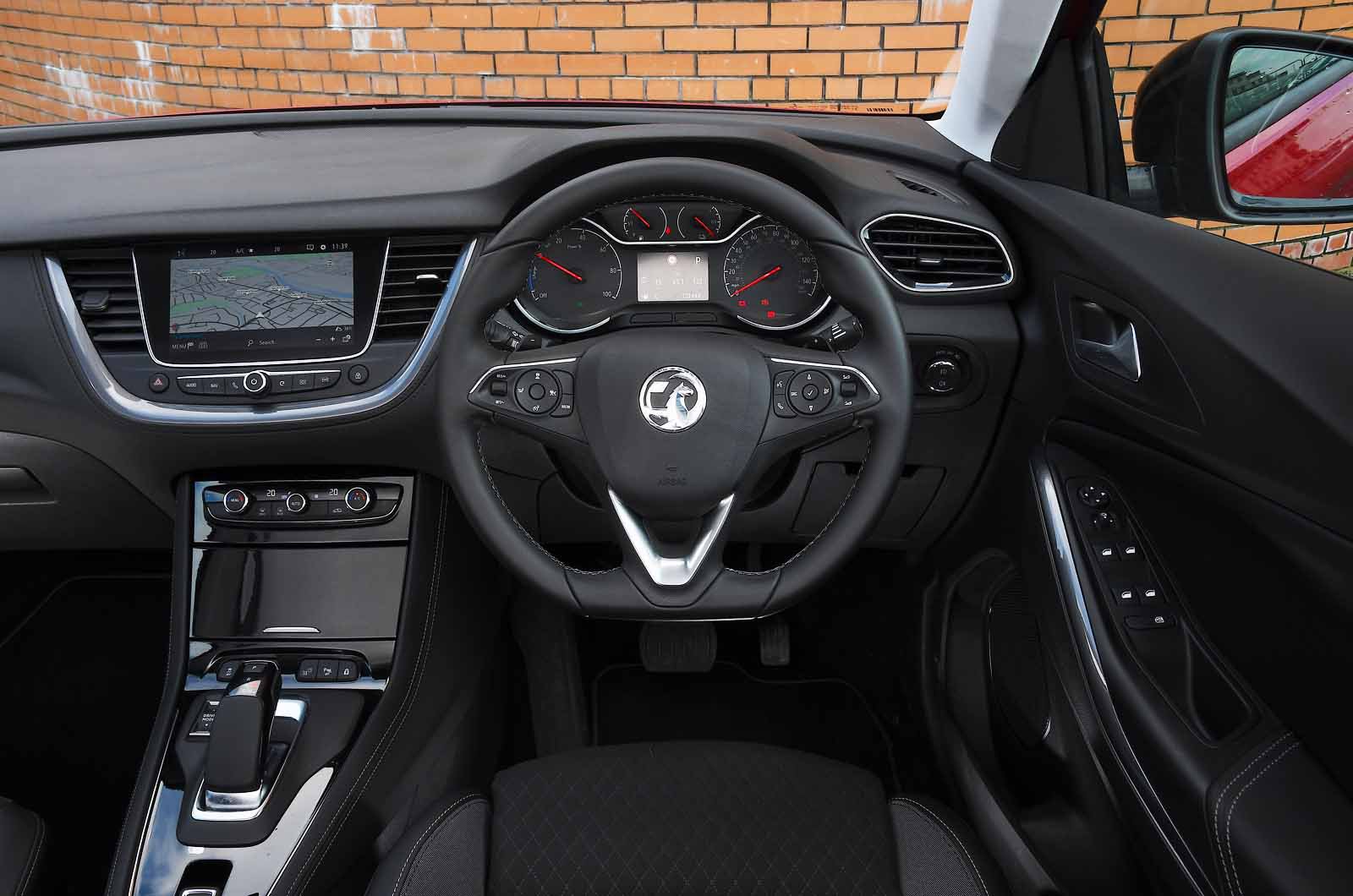 The Grandland X has to make do with analogue instrument dials that look old-fashioned next to the digital displays in the other two. However, they’re easy to read at a glance and are augmented by a small information screen, so you aren’t missing anything of value, especially when neither of the other two is all that configurable.

While range-topping Ultimate trim can be equipped with a camera that projects an image of what’s in your blindspot into the Tucson’s instrument panel, this feature isn’t available on our Premium-spec model – and that’s a shame, because the huge rear pillars tend to obstruct your over-the-shoulder view. Mind you, neither the Grandland X nor XC40 is much better in this respect, although the latter’s slim windscreen pillars and tall windows help to make it the best for forward visibility. 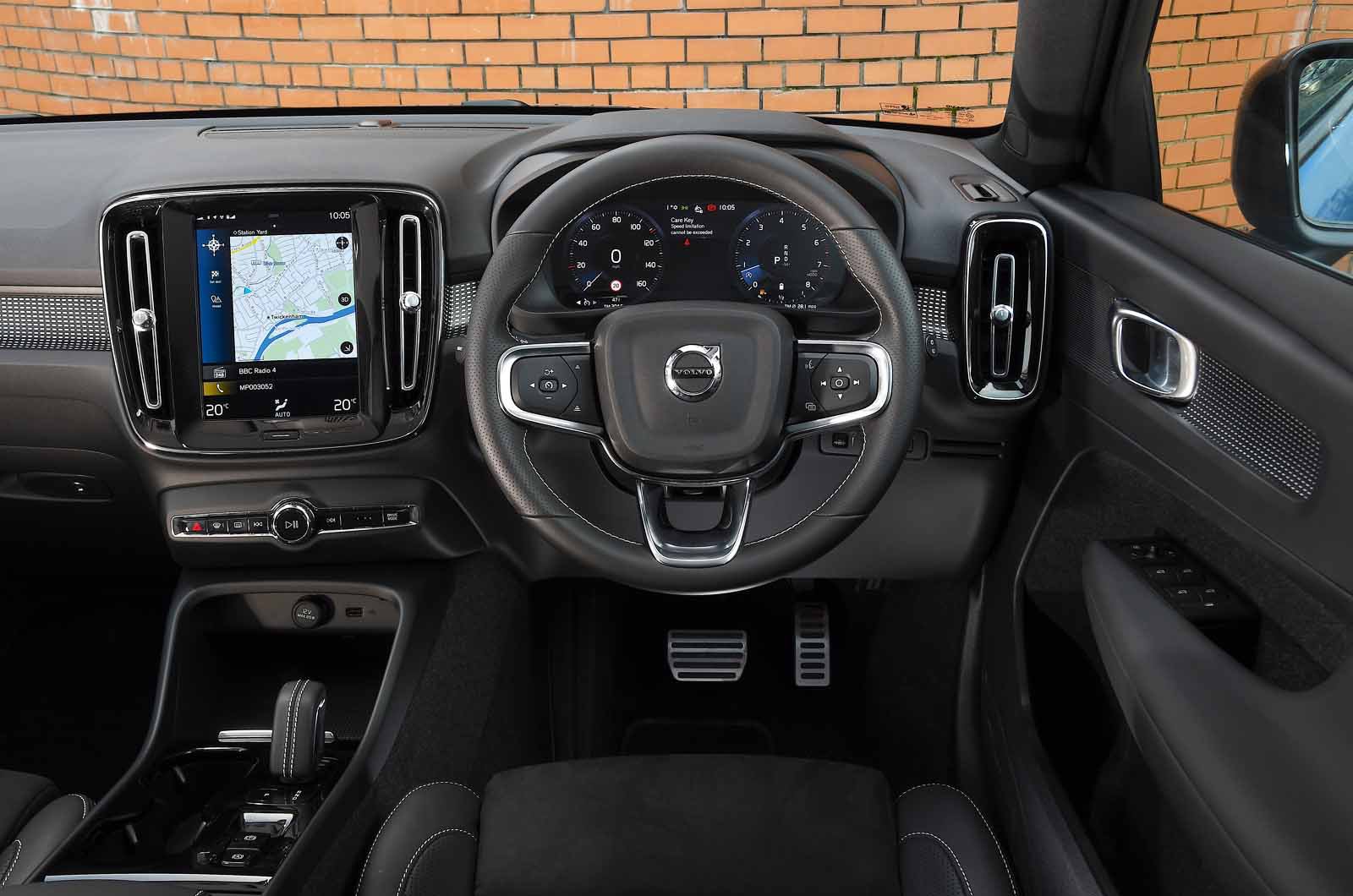 In terms of interior quality, the XC40 feels a cut above the rest. Most of its materials are soft to touch and the buttons operate slickly. The Tucson isn’t a million miles behind, with a soft-touch dashboard and a plush leather steering wheel, but these can’t mask the scratchy plastics lower down and a centre console that flexes when you lean against it.

Meanwhile, the Grandland X’s interior looks and feels like something from an older generation, with a lot of hard, shiny plastics; even the leather feels plasticky and cheap. That said, it does win some points for having physical knobs and buttons for adjusting its air-con; the XC40 relegates these to its infotainment touchscreen, while the Tucson has fiddly touch-sensitive buttons. 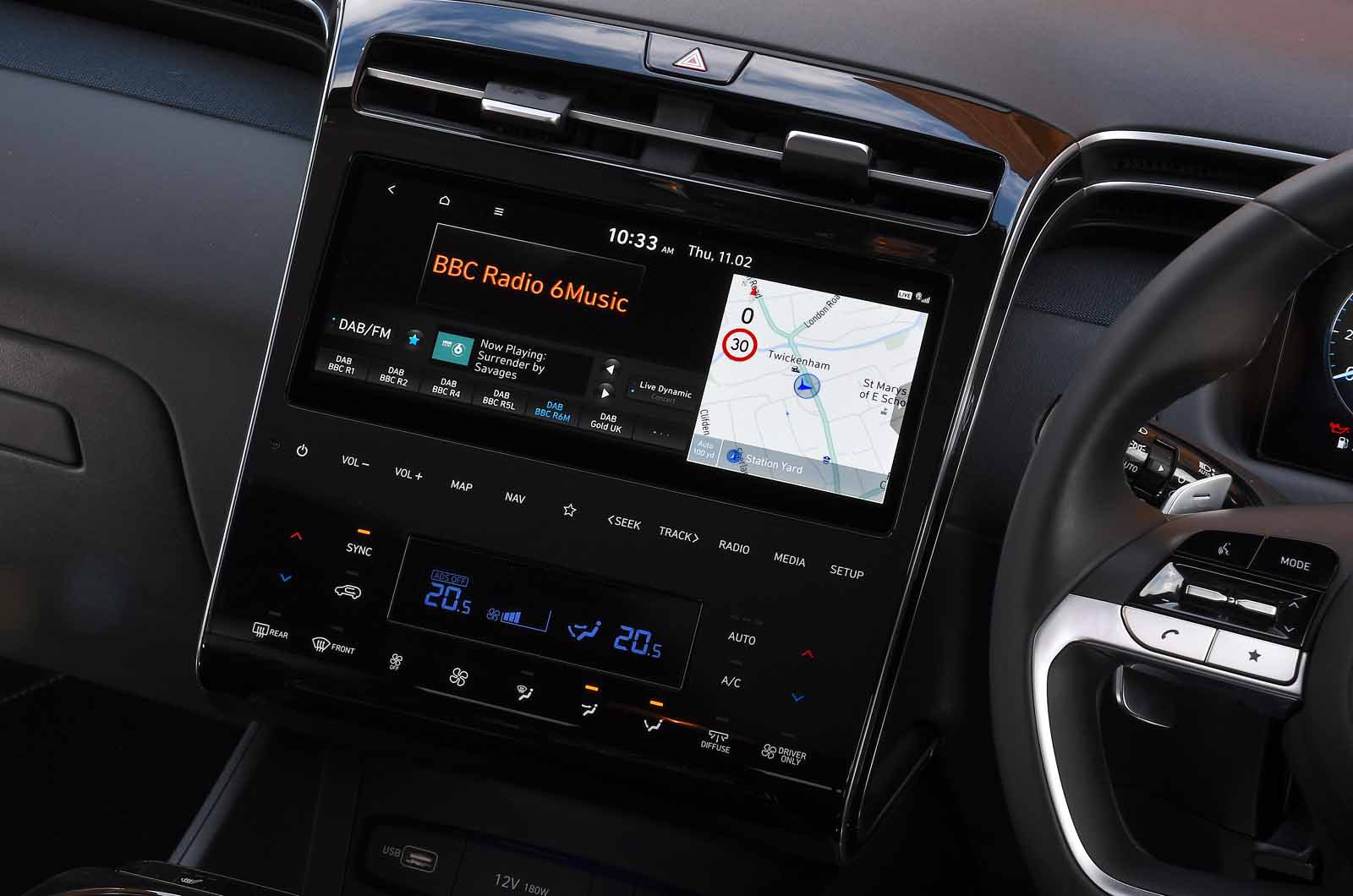 The 10.3in touchscreen is as crisp as the best of the breed and has smart graphics to boot. The menus are logically laid out and the screen is quick to respond to inputs. The system comes packed with kit, including sat-nav, Apple CarPlay and Android Auto smartphone integration, wireless charging and a Krell premium sound system. The only issue is that the touch-sensitive shortcuts below the screen are trickier to use on the move than physical buttons. 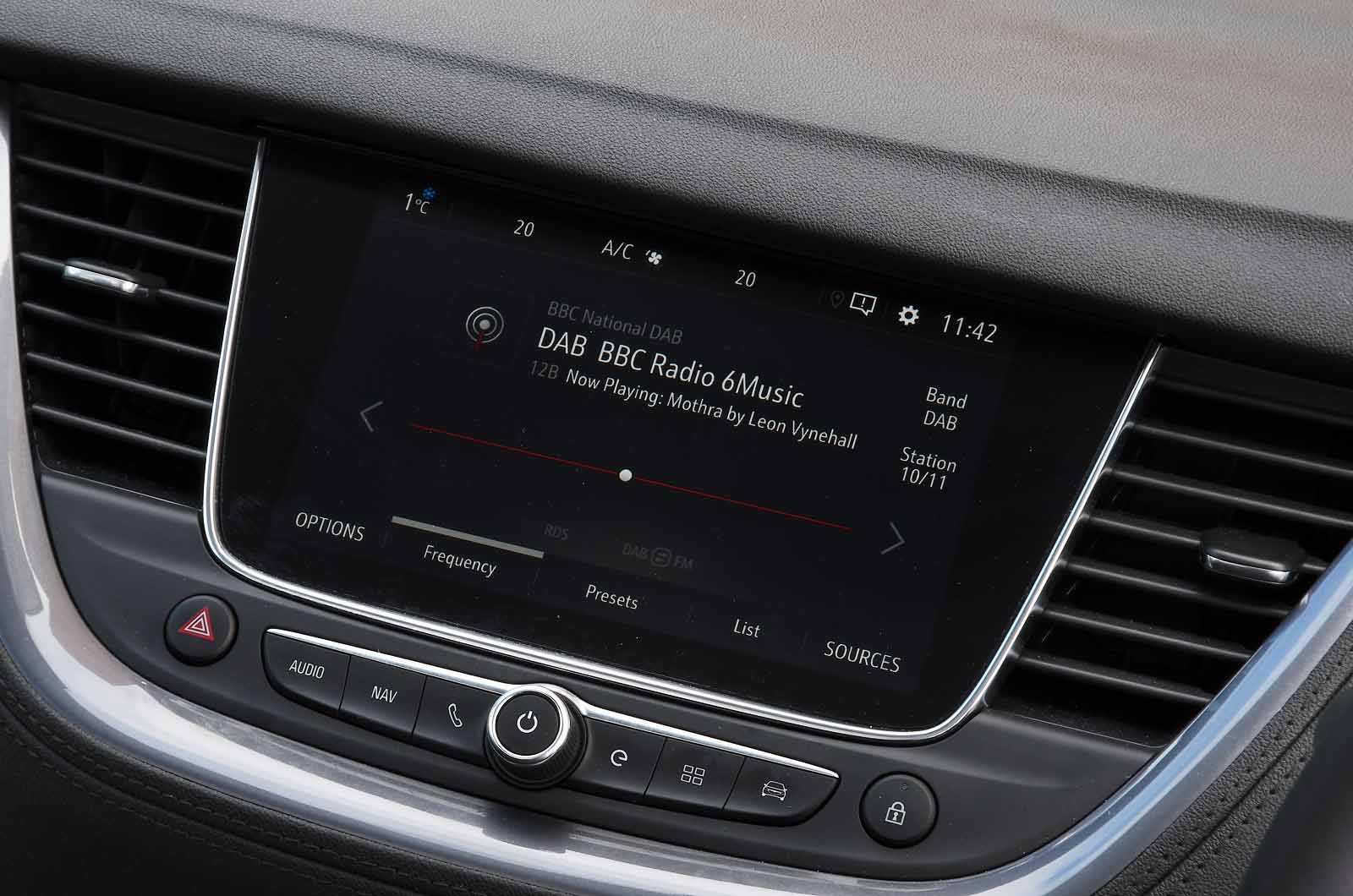 As in the other two, the Grandland X’s infotainment system comes packed with features as standard, including sat-nav, a DAB radio and Apple CarPlay/Android Auto smartphone integration with wireless charging. The 8.0in touchscreen is reasonably crisp but not as sharp as the Tucson’s or XC40’s, and it sometimes takes a few prods before it responds. That said, it does win points for having physical shortcut buttons below the screen. 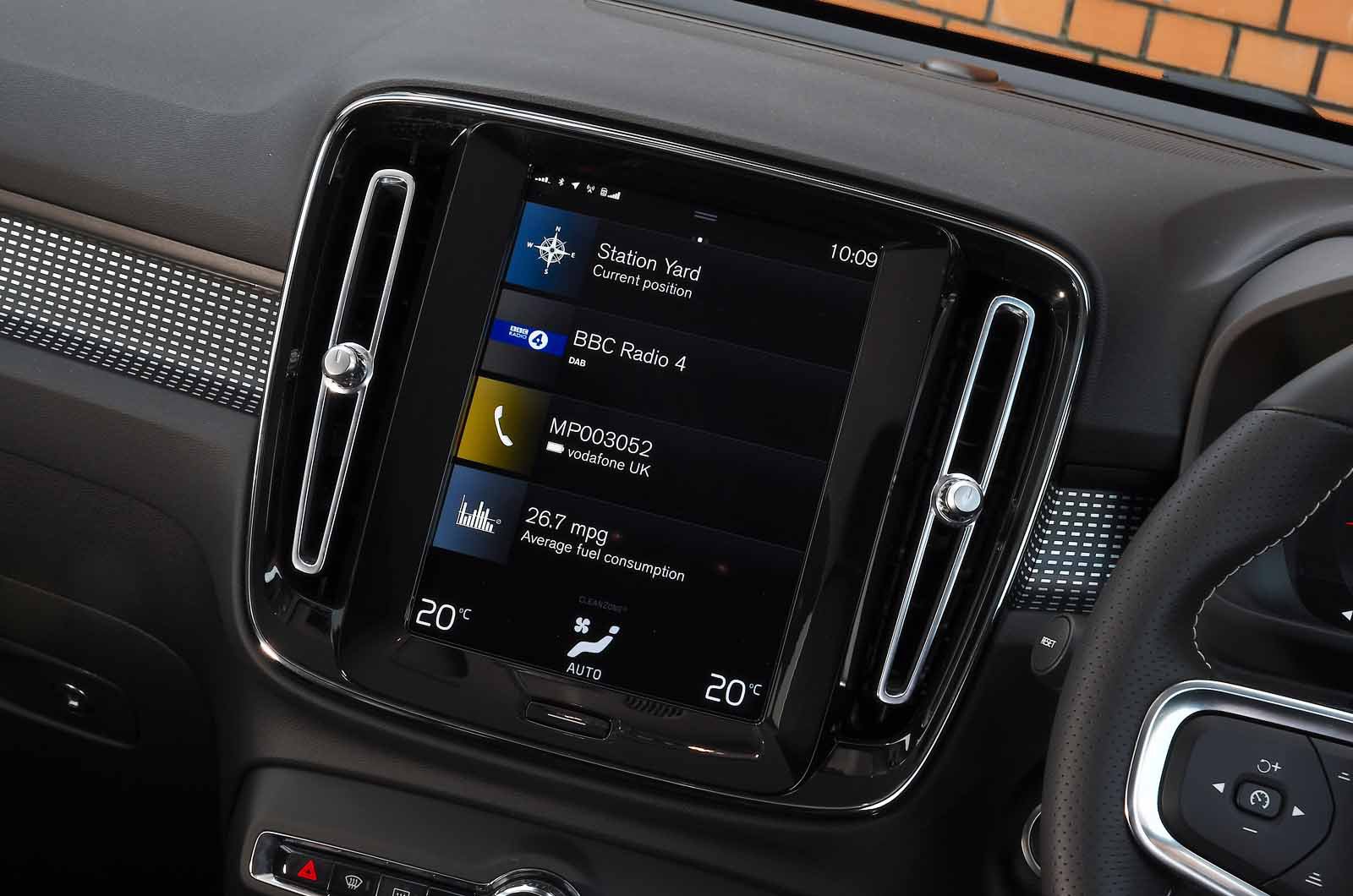 The 9.0in, portrait-orientated touchscreen will feel familiar to most smartphone users, in that you navigate the menus by swiping left and right. However, the system isn’t as quick to respond as the Tucson’s and some of the smaller icons are hard to hit while driving. We also don’t like that you have to go into the touchscreen or use the (effective) voice control system to change the temperature. Frustratingly, smartphone integration is a £300 option.