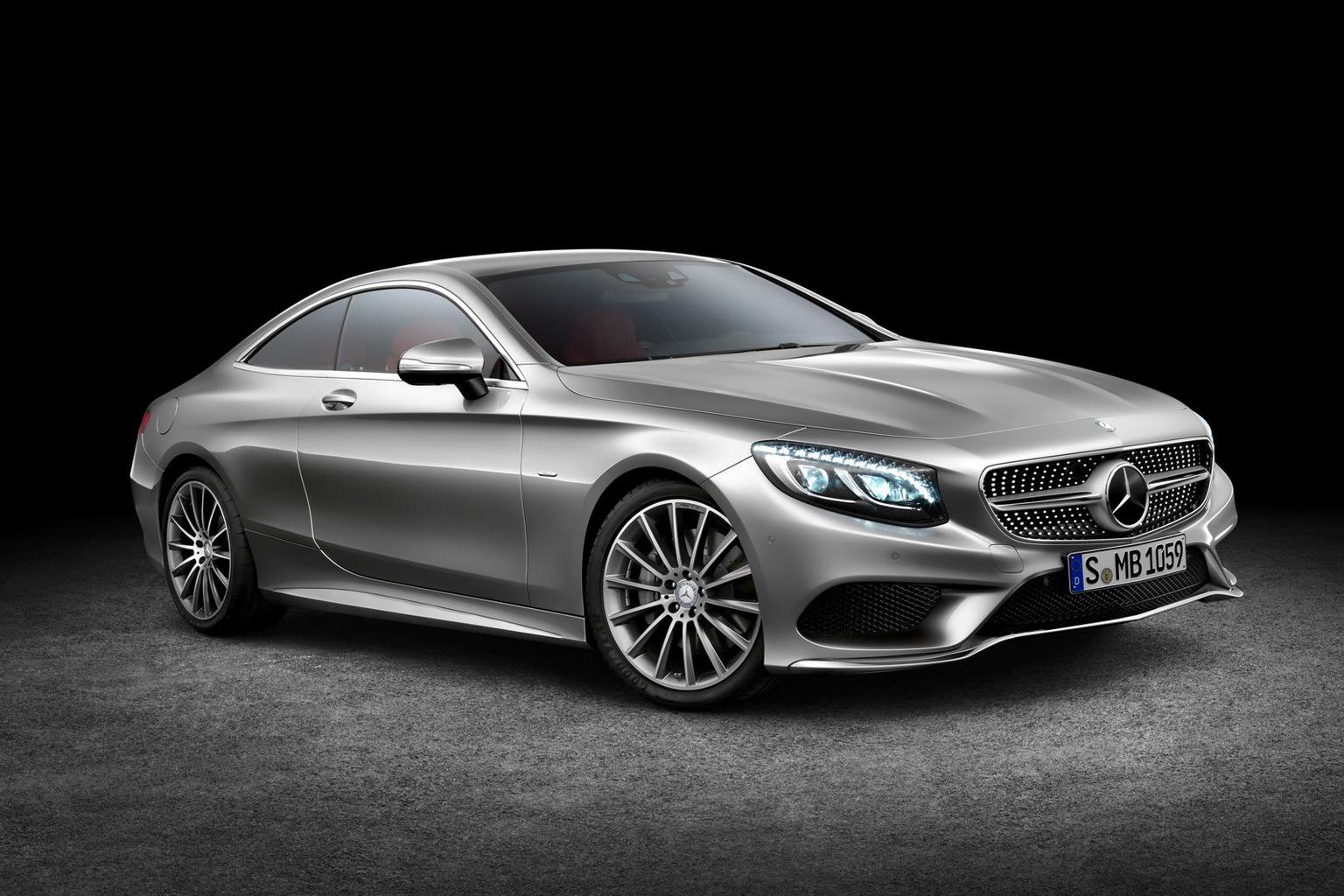 The Mercedes S-Class Coupe has been officially unveiled at the Geneva motor show. It brings all of the comfort and technology of the latest S-Class limo, but in a considerably more stylish package.

The two-door, four-seat car is shown in S500 guise, which will be one of several versions that we’ll get in the UK. The S500 has a 4.7-litre twin turbocharged V8 petrol engine, which has 449bhp and 516lb ft of torque. It’s likely this powertrain will give the S-Class Coupe a 0-62mph time of around 5.0 seconds.

The S-Class Coupe isn’t much smaller than the saloon - it’s just as wide, only 9cm shorter from nose to tail and 9cm shorter from ground to roof. The styling is more dramatic, though. There’s a concave, studded grille at the front, and more heavily scalloped door panels. At the rear, the LED tail-lights resemble those from the SLS supercar. A panoramic sunroof is standard.

The Coupe carries over much of the driving aids and technology S-Class, including collision prevention assistance, a night vision function and adaptive cruise control that offers an autonomous driving experience. The unique Magic Body Control system - which uses a camera to scan the road ahead and adapts the suspension to deal with bumps - will also be an option.

The S-Class Coupe will also get unique hydraulic struts that make the car lean into bends. The struts come as part of the Magic Body Control system and use the same camera system to scan the road up to 15 metres ahead. When the car turns into a bend, the car tilts up to 2.5 degrees. Mercedes says this will make the Coupe’s ride even more comfortable.

Standard specification will be as generous as the S-Class saloon's, with a similar number of luxurious extras available. These include a heated armrest, hot stone massage function for the front seats, diamond pattern Nappa leather upholstery and even headlights encrusted with Swarovski crystals.