More for you |
Every 5-star car on What Car?Used test: Maserati Levante vs Porsche MacanNew issue of What Car? magazine on sale nowMost and least reliable small SUVsRevealed: the car makers whose discounts have got bigger since lockdown
Home
News
Nissan plans plug-in hybrid and hydrogen
news 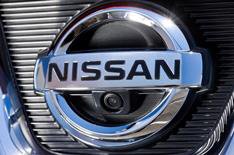 Nissan is planning to release a plug-in hybrid version of one of its cars within the next two years.

A plug-in hybrid will go on sale as early as 2015, while the company is also planning to release a hydrogen fuel cell car in 2017.

He also hinted that Nissan would put the technology into an existing car, rather than release an all-new bodystyle, as it did with the electric Leaf.

Palmer said: 'Hybridisation is a derivative, a way of improving the combustion engine. It all needs to come together in a slippery [shaped] car.'

One likely plug-in hybrid recipient is the Nissan Qashqai, as Palmer said: 'If I was to pick a vehicle that would fit with a plug-in hybrid then a crossover would be that vehicle.'

Although the next Qashqai is set to be visually different to the current model, there should still be plenty of room for it to carry plug-in hybrid technology and retain its practicality.

Palmer said that the hydrogen-powered vehicle, due two years after the plug-in hybrid, will go into a car that is based on a new platform that is not part of the current line-up.