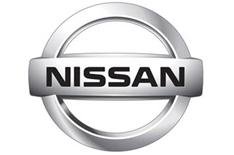 Nissan has announced plans to manufacture 100,000 electric cars a year by 2012, in an attempt to be the first company to mass-produce such vehicles.

The company plans to unveil its first electric car later this summer, with the first cars hitting the showroom by next year.

The strategy is part of Nissan's attempt to return to profitability after falling global sales resulted in the company making a loss of 233.7 billion yen (£1.5 billion) in the year to March 31.

Carlos Ghosnsaid: 'We are the only company working to mass-market electric vehicles and investing for mass marketing - which is a risk, but we think it's a bet in the right direction.'

Nissan said it planned to build the electric cars in Japan, Europe and the US.