No new Daihatsus in recession 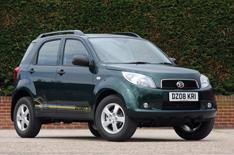 Potential Daihatsu customers can buy cars only from stock already in the country, as the importer of the Daihatsus, International Motors, is not buying any new stock from Japan.

A spokesman for International Motors said that the company hasn't imported any new Daihatsus 'for a few months' and doesn't expect to do so again until the current economic climate improves.

The poor rate of exchange between the pound and the yen, and the recession's impact on car sales are being blamed.

Daihatsu has around 100 dealers in the UK and currently sells the Charade, Materia and Sirion superminis, the Copen convertible and Terios SUV.