More for you |
Best luxury SUV dealsCar market begins to recover in JuneDo I have to pay extra road tax on my new car? True MPG: most and least efficient cars revealedConfessions of an AA technician
Home
News
Oxfordshire to reactivate speed cameras
news

* County set to switch on speed cameras again * Reverses decision taken in July * Details will be confirmed in the coming weeks... 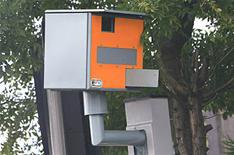 Oxfordshire County Council is set to perform a u-turn on its decision to switch off its speed cameras.

The council announced in July that it would switch off its 72 speed cameras from August 1, after funding for its road safety partnership was slashed by 600,000.

The decision was heavily criticised at the time, but at a council meeting yesterday, it was decided to reinstate the county's fixed and mobile safety cameras.

The council and Thames Valley Safer Roads Partnership, which operate the cameras, will issue more details about the switch-on in the next few weeks.

Campaign group Roadsafe said it was delighted with the news. According to director Adrian Walsh, 'The news that safety cameras will be turned back on is excellent for all law-abiding drivers. Cameras are a useful and effective tool for enforcing laws that help keep all road users safe.'