* Sharp increase in price of unleaded * Highest price for seven months * More rises on the way... 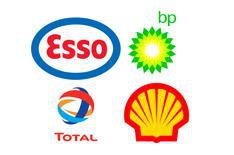 The average price of a litre of unleaded petrol has exceeded 1 for the first time in more than seven months.

The price of a litre of unleaded petrol has hit 100.12p, its highest level since October 2008, according to forecourt analysts Experian Catalist.

The average price for a litre of diesel has increased to 103.85p.

Prices for both unleaded and diesel have been increasing throughout 2009. In January, the price per litre of unleaded was 85.89p, with diesel at 98.06p.

The increase in cost at the pump has been blamed on rising oil prices and an increase in fuel duty.

Prices for crude oil hit a seven-month high earlier this week, with US light, sweet crude costing $68.58 a barrel, compared with $34 a barrel in February.

A further 2.1p was added to a litre of fuel when the Government's fuel tax increase came into force on April 1.

Motorists will be hit again in September, when fuel duty is set to rise by a further 2p per litre.