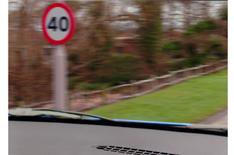 Police in Scotland have been cleared to resume the use of hand-held speed cameras.

There had been concerns that the Visual Average Speed Computer and Recorder (Vascar) system could be affected by interference from police radios.

However, the Association of Chief Police Officers in Scotland (Acpos) said Home Office scientists had now confirmed that they were reliable.

Acpos said that the equipment had been tested and found to operate properly under the appropriate guidelines.

Vascar is a relatively basic speed-measuring system operated manually by an officer. Two landmarks, such as a lamppost and a road sign, are selected, and the distance between the two objects is then measured. The time it takes for a vehicle to travel between the two sites is then recorded, allowing the officer to determine the vehicle's speed.