More for you |
The most reliable family cars on sale - and the leastBest plug-in hybrid: BMW 330e vs BMW 530eThe best SUV dealsCar sales down 89% year on year in MayBest used city cars for less than £2000 (and the ones to avoid)
Home
News
Political policy: Liberal Democrats
news 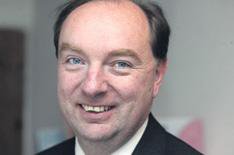 As well as plenty of new cars, were also going to have a general election next year, so we asked the Conservatives, Green Party, Labour and Liberal Democrats to give us their take on transport policy. Heres what they said

The Lib Dems are committed to giving motorists a fair deal. For example, we are leading the fight to make private car clamping illegal. Every day, motorists have to pay huge sums to release cars that have been clamped by companies driven solely by profit.

We are also committed to other improvements, such as more car parking at stations, and we will continue to press for improvements at frequent-accident spots.

We must safeguard our environment for the future. Road transport has a big role to play: it is responsible for around 20% of all carbon emissions produced in the UK today. That figure must be reduced. That is why we would introduce steeper rates of banding on the Governments showroom tax, so charges are higher for the most-polluting cars, while those who purchase environmentally friendly vehicles would be rewarded.

We would also encourage greater use of electric vehicles. Research by Daimler suggests electric cars emit up to 60% less CO2 than fossil fuel-powered vehicles.