More for you |
Secrets of a paramedicWATCH: 2020 Polestar 2 review – better than a Tesla Model 3?Cars that are cheaper to buy on finance than with cashNew issue of What Car? magazine on sale nowBest used coupes for less than £10,000 (and the ones to avoid)
Home
News
Safety barriers are unsafe
news 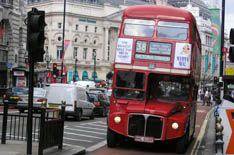 Thousands of safety barriers could be removed, after a trial found that using railings to separate pedestrians and vehicles made roads more dangerous.

During a trial in west London, all the barriers were removed from a street for three years. The number of collisions between pedestrians and vehicles fell from 71 a year to just 40, a drop of nearly 44%.

As a result of the findings, railings in Bath, Edinburgh, Liverpool, Oxford and Sheffield are expected to be removed.

In a related move, London Mayor Boris Johnson will order that signposts and utility boxes are shifted from the edge of pavements to make it easier for pedestrians and drivers to see each other.