More for you |
Promoted | 5 reasons why it makes sense to go electric todayBig savings on our Car of the Year Awards winnersWhat Car? Awards 2021: The best cars you can buy2021 Nissan Qashqai: electric and hybrid power revealedCar of the Year 2021
Home
News
Severn Bridges set for toll rise
news 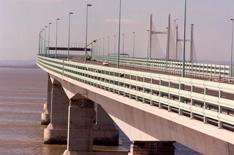 Drivers crossing the Severn Bridges between England and Wales will have to pay more in tolls from next year.

Car drivers will pay 20p more, while tolls for vans will increase by 60p and lorries by 80p.

This means that, from January, car drivers will pay 7.50 to cross the bridges, van drivers will be charged 10.90 and the toll will be 17.50 for lorries driving into Wales.

A temporary system to allow drivers to pay by card without entering a PIN, which was installed for the Ryder Cup golf tournament last month, is to be made permanent from January.

Transport minister Mike Penning said he also supported introducing new 'free-flow' payment system on the Severn Bridges: 'I think we should have free-flow. I think it's an economic issue as well as an issue of almost morality, if you wish. 'Is it right you make people queue to pay something when you have the technology to prevent it?'

He said UK Government would re-open talks with the company that manages the bridges - Severn River Crossing Plc - before 2017 to try to introduce such a system.