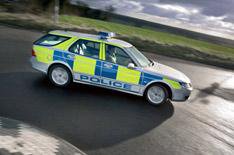 Proposals by the UK and Irish governments could lead to disqualified drivers being banned from driving in the United Kingdom and Ireland.

The measures are the result of a pioneering deal between British, Irish and Northern Irish Ministers in Belfast. It is the first time that such a deal has been agreed between different European countries.

Road Safety Minister Jim Fitzpatrick said: 'These measures will keep dangerous drivers off our roads by ensuring that disqualified drivers are not able to escape their punishment.'

The agreement was the first to be drawn up under the terms of the 1998 European Convention on driving disqualifications.

The regulation is expected to be in place by next spring.