For many years, the Qashqai was the go-to car in the family SUV sector. Can a used one convince us it's still worth a look? We've got four months to find out...

Why it’s here To find out if buying a used family SUV makes good financial sense, and to see if the venerable Qashqai is still a viable alternative to its younger competitors

Needs to Inject a bit of interest into suburban motoring, and cope admirably with a variety of uses, including daily commuting, motorway journeys, school runs and family life

One month in and the Qashqai is proving a bit of a hit. A familiar trip from Surrey to Kent resulted in a fuel consumption readout on the digital display of 54.5mpg for the 60-mile journey, this figure made all the more impressive if you consider the number of urban traffic jams and motorway queues we encountered en route.

This is actually a better figure than I’ve achieved for this journey in many a diesel-engined car, too, and the getting there was, if anything, even more pleasant. You see it turns out the 1.3-litre petrol engine is a bit of a honey, being both smooth and flexible, having more than enough oomph across its rev range. Combined with some sensible gearing and a reasonably straightforward gearchange one is seldom caught short of puff, and in the area of overall refinement this engine excels. Indeed the Qashqai is impressively quiet at most speeds within its compass, only let down by a little too much road noise at motorway speeds. 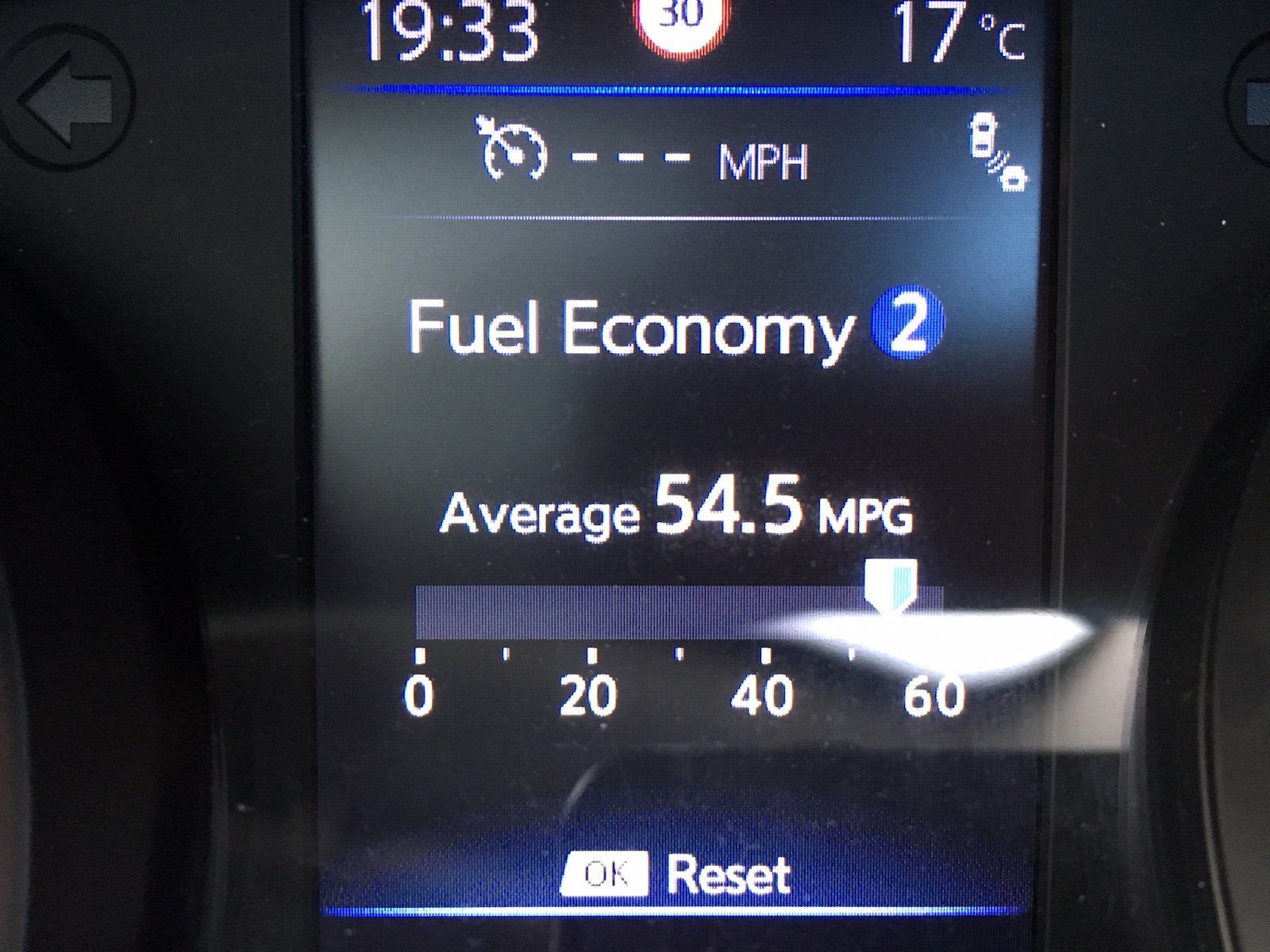 It’s a comfortable car, too. There’s plenty of room for my family of four, and the ride is smooth enough not to draw attention to itself. I should, at this stage, point out that my car is on the relatively small 17in wheels, and its tyre sidewalls are fairly large, because I know from experience that Qashqais with larger wheels can be a little crashy.

Fortunately, this one feels to me a little more forgiving than the sportier ride sometimes offered by rivals like the VW Tiguan and the Seat Ateca, especially on pockmarked city streets. The payback for this is a rubberiness in the steering response - despite its quite keen gearing - and a fair bit of roll in corners taken quickly, but I would have thought that both of those points are less likely to be of concern to the average Qashqai owner than an overly firm ride would be. 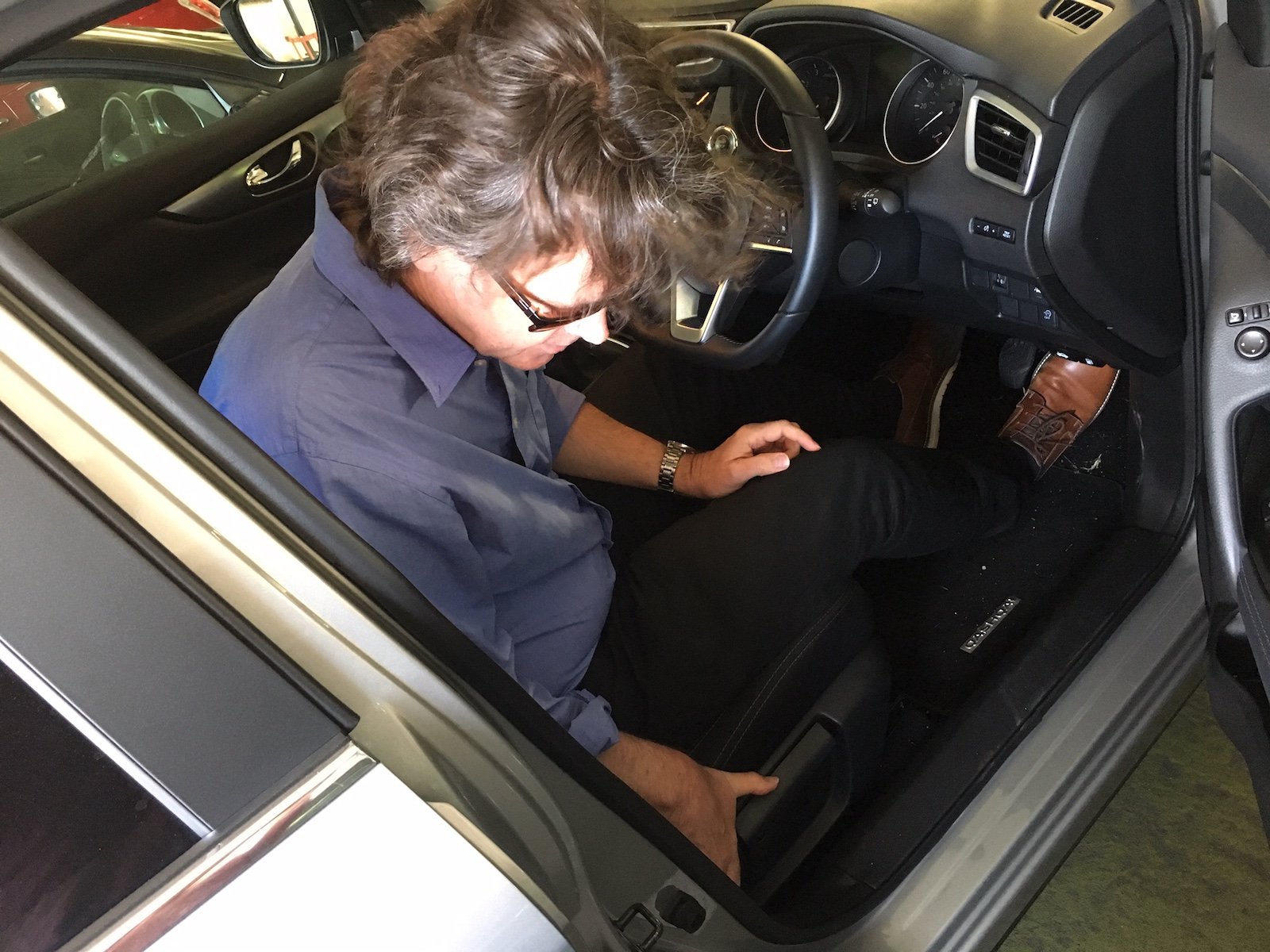 Most choose an SUV for its raised up driving position, after all, not for its sportiness, and in fairness it does provide good visibility to the front and sides. My only quibble with it would be that the seat backrest angle is operated by a not terribly accessible rachet device rather than a more minutely adjustable rotary knob, which means that in order to reach the steering wheel properly I’m either a little too upright for my liking, or, in the next notch back, a little too far away from it.

The seat itself is adjustable for height along a wide range, and the steering wheel is adjustable both up and down and in and out, but if I were being picky I’d say it could do with coming out just a teeny-tiny fraction more. 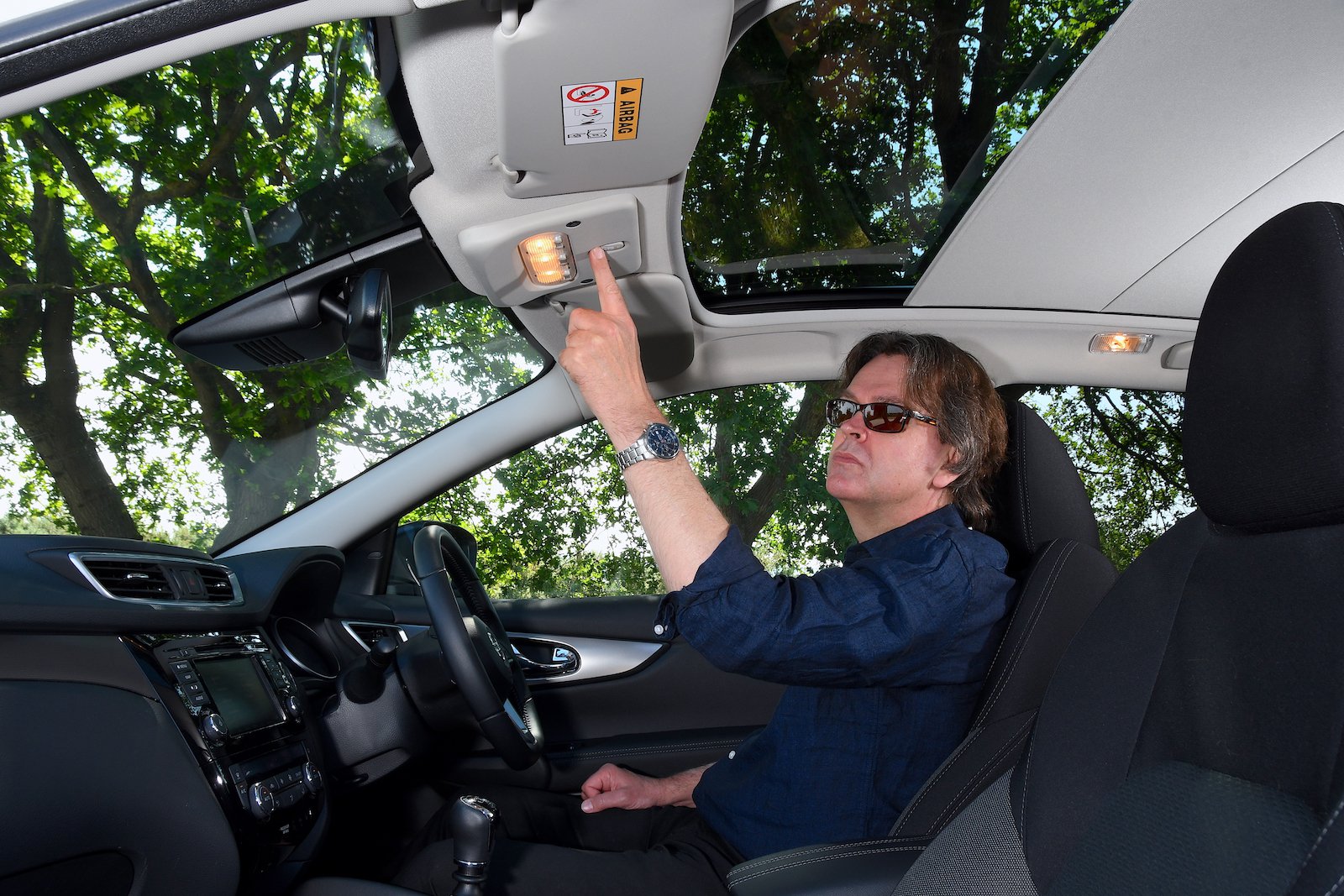 Of the two options on my car, I’m not so fussed about the Blade Silver metallic paint, because there are plenty of other Qashqais I see when out and about that look a lot nicer, to my eye, in their differing hues, but the full-length panoramic sunroof is something I’m really pleased I’ve got.

There’s nothing better for brightening up a rather dark interior and, if you don’t want to be able to watch passing birds or you want to shut out the sun on a hot day, it’s easy to draw across the electric one-touch blind via an easily accessible button.