The Seat Ateca family SUV is our reigning Used Car of the Year, but now we've put our money where our mouth is to see what it's actually like to live with...

Needs to Demonstrate practicality benefits, without costing that much more to run

I was stationary for a few moments to check directions when a disgruntled local resident jumped up on the bonnet of my Seat Ateca (giving me a start) and started voicing their complaints at me through the windscreen.

Sadly, I don’t speak cat, so I had no idea what they were on about. But I suppose it had something to do with me causing the deer beyond the date to scarper, therefore interrupting the stalking this feline was in the middle of.

Perhaps this grey mouser wasn’t best pleased with my lack of empathy because it decided to voice its disgust to a higher authority and headed for the roof. I usually find it is best not to drive off with someone's pet, so I had to get out and attempt to shoo it away.

Ignoring my best attempts to get it to clear off, this diet-lion took an interest in its new red climbing frame - notably the rear spoiler. 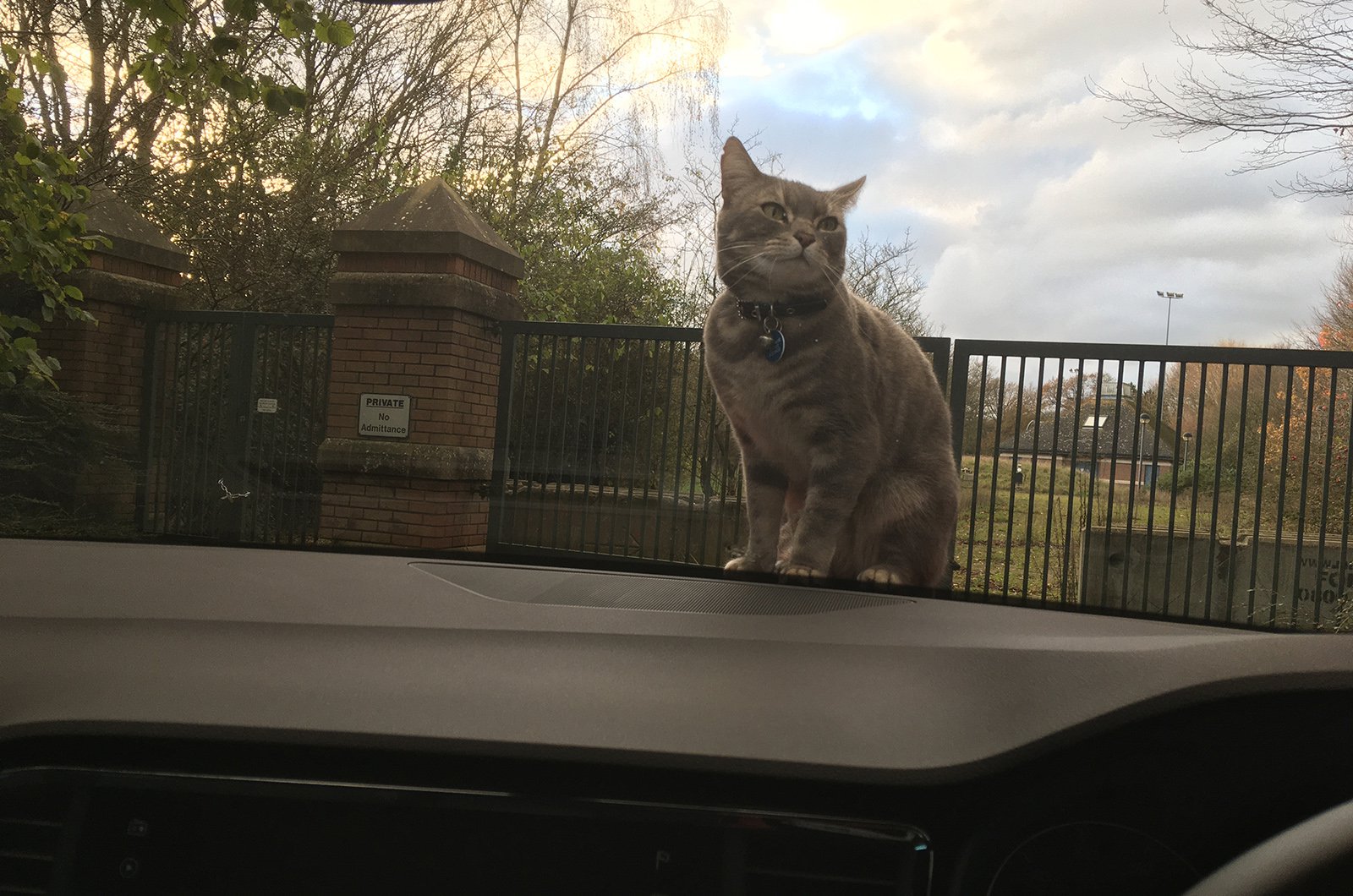 I don’t think I would have given it a second thought were it not for that cat. I know it’s clearly a stick-on part, but taking a step back, it blends in quite nicely with the side profile of the Ateca. Plus, FR models swap the black plastic arches and skirts for body-coloured alternatives that look a bit smarter.

I’m not quite sure about the satin silver side extensions, though, although I guess they’ve been put there to draw your eye further down the profile of the car and disguise the height of it.

That last point was causing some issues for our four-pawed friend, who seemed to be having second thoughts about jumping off the Ateca, promptly perching itself on the rear wiper, which appears to be capable of taking most of the weight of a cat without flinching. Good to know.

Fortunately, a kindly passerby, who was clearly more of a cat person than I, took pity and managed to encourage it down. I, therefore, did the honourable thing and beat a hasty retreat while the beast was distracted.