The Honda CR-V’s dash looks high tech, but it’s also the most complicated here. There are lots of buttons and switches to negotiate, with loads more on the steering wheel, and the labelling could be clearer.

That said, the CR-V has the most impressive finish of the lot, with tight-fitting panels and slick switches. And the optional sat-nav fitted to our test car is simple to use, with logical menus and on-screen icons that are large and easy to hit. The standard stereo is less user-friendly, mind you, because the central dial doubles as both the volume control and the scrolling wheel.

The dashboards in the Kia Sportage and Mazda CX-5 are less cluttered and more clearly marked but, like the CR-V, they both have a small cluster of buttons tucked away behind the steering wheel that you’ll have to crane your neck to see.

The CX-5’s is sturdy enough, with the possible exception of some of its centre console trim. The Sportage, on the other hand, feels significantly less substantial. Some of the panels in its cabin are distinctly lightweight, and the switches don’t move with the same precision.

The Sportage’s sound system is just as underwhelming; it’s tinny and quick to distort when you crank up the volume. This inferior sound quality even affects its Bluetooth connection; you have to slow down to reduce ambient noise before holding a conversation on the motorway. Still, at least the stereo is nice and easy to use thanks to big, clearly marked buttons and a simple dial for scrolling between radio stations.

Navigation was a relatively cheap optional extra on the CX-5, so plenty of examples come with it, and it’s worth seeking one of these cars out. The touch-screen icons are fiddlier than the CR-V’s, but they’re supplemented by a dial controller between the front seats and several handy shortcut buttons, all of which make the menus a doddle to operate. 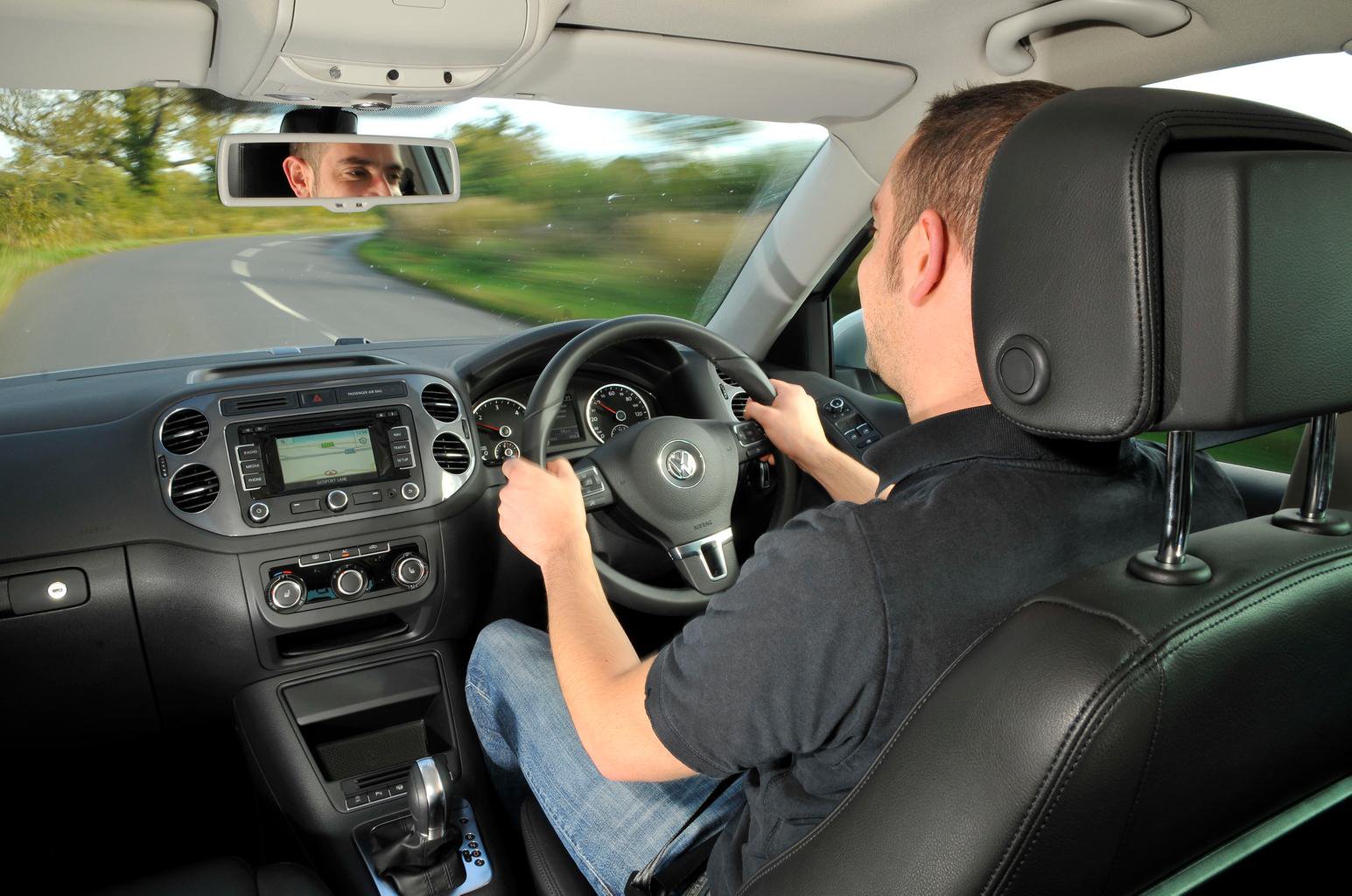 The Volkswagen Tiguan’s dash layout is the simplest of the lot, though. Everything sits in plain sight. What’s more, the materials used are almost as sturdy as those you’ll find in the CR-V, and everything is screwed together tightly.

The Tiguan’s infotainment system was very generous as standard; it came with a digital radio and a six-disc CD changer, where the other cars here only have conventional radios and single-slot players. Whether you find a car fitted with sat-nav or not, the infotainment system has an intuitive touch-screen interface. The screen might be rather small, but the icons are still large enough for even clumsy fingers.

Mum and dad get plenty of space in the front of all four cars, with the CX-5 and Tiguan being particularly generous. In the back, however, the CR-V is the most practical; there’s bags of head- and legroom for adult passengers, and its wide cabin fits three across the rear bench. Even the middle bod will be relatively comfortable, because the floor is flat. 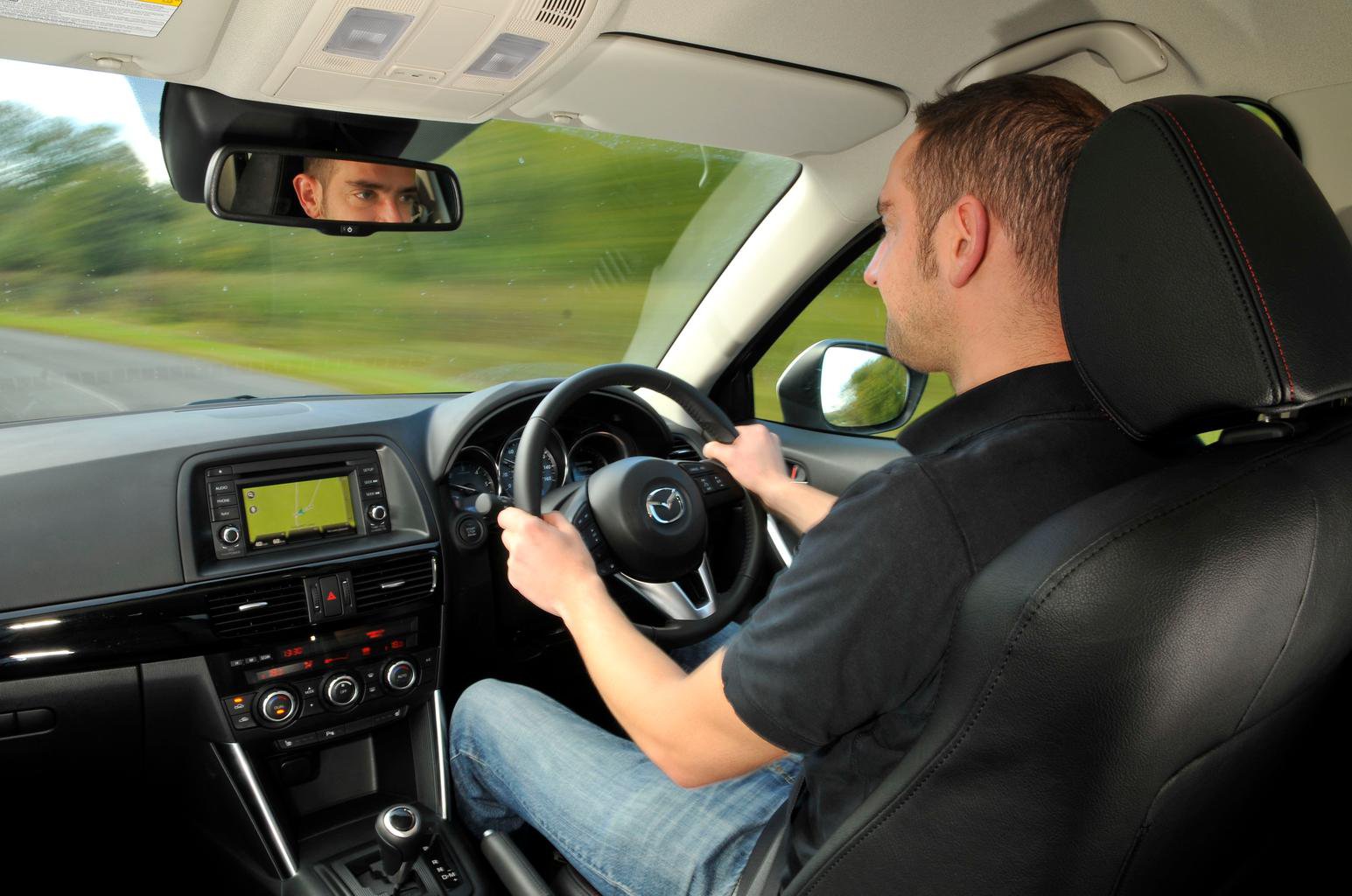 The Honda’s rivals, by contrast, all have a transmission tunnel that carves the rear footwell in two, although the CX-5’s is low and flat so you can sit with your feet on top of it. Rear kneeroom is tightest in the Sportage, but there’s still enough to keep six-footers happy.

The Tiguan’s rear legroom is variable thanks to a sliding rear seat that lets you juggle available space between the passenger compartment and the boot. Don’t try sitting on the Volkswagen’s back seat when it’s in its forwardmost position, though, because legroom then falls to virtually zero.

Wherever you set the seat, the Tiguan’s boot isn’t much bigger than your average hatchback’s, and the Sportage’s also disappoints; the CR-V and the CX-5 both have a big boot space advantage. Along with the Tiguan, they both have spring-loaded rear seats that fold cleverly to leave extended (and almost flat) loadbays.

Sadly, there’s nothing clever about the Sportage’s seats. The backrests just drop onto the bases, where they lie at a steep angle. 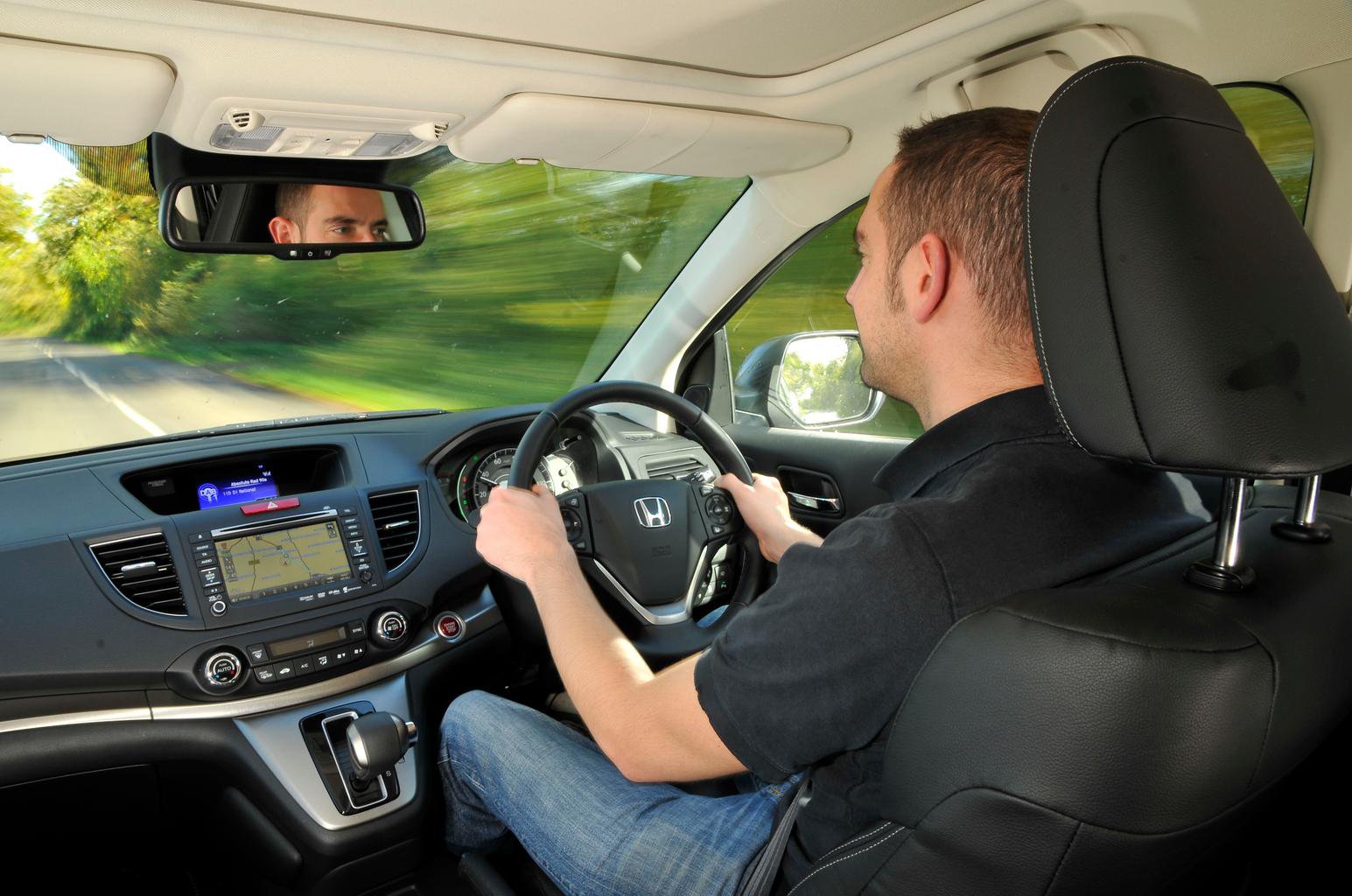