* No recall for Volkswagen DSG cars in UK * Origin of faults in Asia is Chinese factory * DSG gearboxes for UK built in Germany... 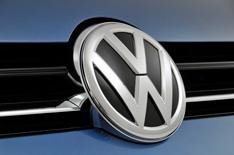 For several years, Volkswagen owners in China have complained of abnormal noises, inability to change gear, or sudden loss of acceleration with their dual-clutch DSG gearboxes.

After discussions with China's quality watchdog in March 2012, Volkswagen released a software upgrade in an attempt to resolve the issue, but stopped short of announcing a full recall.

However, in March this year, Volkswagen confirmed it would recall around 400,000 China-based cars fitted with the locally manufactured DSG gearbox. However, DSG-fitted cars sold in Japan and Singapore were later added to the recall, bringing the total close to half a million units.

Since then, Volkswagen owners in Australia have complained of similar issues, but the company says gearboxes in cars sold there are sourced from Germany and that the problems are unique to the Chinese-built version. These German-built DSG gearboxes are also used in UK cars.

Volkswagen UK confirmed to What Car? that there is no indication the faults identified in China will affect its models in the UK.

Customers who want to get in touch with Volkswagen UK's customer service team should call 0800 0833 920.