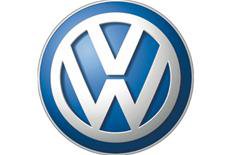 The Volkswagen Group has become the world's most prolific car maker, according to new figures.

The figures were released by motor industry analysts Global Insight.

Success comes early for VW
VW had forecast that it would become the largest manufacturer by 2018, but European scrappage schemes have helped the company realise its prediction early.

However, despite Germany's scrappage scheme ending in September, VW's new car sales were up 26.1% in October.

The company's overall sales for the first nine months of 2009 are up 34% on the same period in 2008.
New models have also helped boost sales. Purchases of the Golf were up by 54.1%, while the new Polo increased the model's sales by 56.2%.

Skoda sales boom
The VW Group's Skoda brand has experienced particularly big gains in the German market, with sales of the Fabia up 92.4% over the same period in the previous year.