More for you |
True MPG: most and least efficient cars revealedConfessions of an AA technicianUsed BMW i3 vs VW e-GolfHow to spec a Jaguar XENew issue of What Car? magazine on sale now
Home
News
Volvo sees increase in leasing deals
news

* Personal contract hire up 66% * Similarity to purchase of mobile phones * Volvo's leasing business as a whole is up... 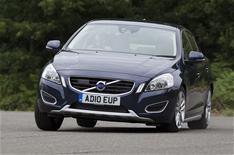 Volvo has reported a 66% spike in leasing sales during October, as more drivers choose to rent rather than own a car.

Leasing has traditionally been a favourite of businesses, but private motorists are now turning to it as an affordable, flexible way to run a new car. Volvo said that in October, more than a quarter of its lease sales were to private individuals.

'We are seeing a mentality similar to that of paying a monthly rental for a phone and upgrading over a one- to two-year basis. This funding method is particularly attractive in the current climate because it makes budgeting easy,' said Tony Grice, Volvo UK's training and field manager.

Volvo's total leasing business as a whole was up by 68% in October compared with the same month last year. The Volvo V60, S60 and X60 were the most popular cars leased, with the V60 D3 R Design coming in at number one.