What Car? in Future Car Challenge 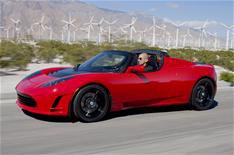 The latest in electric, hybrid and high-efficiency petrol and diesel technology will join the oldest of cars in an expanded London to Brighton event this November.

In the inaugural Future Car Challenge, which is part-sponsored by What Car?, 40-50 cars packed with cutting-edge technology take on the famous 60-mile route on Saturday, November 6.

The cars will run in the opposite direction to the following day's veteran car rally for vehicles from 1904 or before. The event will be judged on how little energy the new cars use to make the journey from coast to capital.

It's hoped that the Brighton to London run, which will be held each year, will help the public become familiar with the new era of technology.