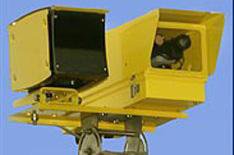 Many more speed cameras could be switched off as the Government cuts road safety budgets, but opinion on the consequences is divided.

A whatcar.com poll of more than 1000 site visitors shows that the vast majority of motorists think there is nothing to fear from a switch-off with 72% saying that speed cameras do not prevent accidents.

In another poll by RoadPilot, which can alert drivers to the location of speed cameras, 66% of motorists said they feared roads would become more dangerous following camera deactivation.

Whatever the reaction of motorists may be, Government studies show that speed cameras prevent accidents, so a wide-ranging switch-off would inevitably lead to more injuries and deaths.

A group of safety and motoring organisations has estimated that speed cameras save around 100 lives a year.

So far, very few cameras have been switched off, however. While Oxfordshire safety camera partnership has switched off its cameras, and other partnerships are reviewing their policy, 97% of speed cameras remain active.