This first-generation Peugeot 2008 was one of the first to have a go at the lucrative small SUV market. It took the popular 208 hatchback, added an additional ‘0’ in the middle of the name, jacked up the ride height, fitted chunky roof bars, raised the roof and, hey presto, the Peugeot 2008 was born. It lasted until 2019, when it was replaced by an all-new second-generation 2008 based on the all-new 208.

After the 2016 facelift, any model equipped with a touchscreen gained Apple CarPlay and Android Auto smartphone capabilities, while Feline was replaced with GT Line, and gained a colour reversing camera.

Peugeot didn’t offer a four-wheel-drive version of the Peugeot 2008, but it did offer something called Grip Control. Thus equipped, a 2008 will have a rotary dial by its gearlever with five pre-set driving modes: standard, mud, snow, sand and ESP (electronic stability program) off. There's an electronic differential, too, and in conjunction with the existing electronic safety aids in the car, the driver’s inputs are monitored and the engine's power is distributed between the front wheels according to the terrain and which driving mode has been selected. On the outside, Grip Control-equipped 2008s will be fitted with mud and snow rated tyres, which help maintain traction in slippery situations. Don’t imagine the system is a proper substitute for four-wheel drive, though: it isn’t.

On Tarmac, the Peugeot 2008 wasn't the most composed of cars – its ride was crashy and transmitted most of the initial shock of potholes through the interior, instead of the suspension absorbing it. Handling-wise, the steering was overly light, which might be good in town but gives you very little idea what is going on with the front wheels when on faster roads. Combined with the fact that the steering wheel is smaller than in many cars, this means you might apply too much lock to begin with, which can exacerbate body roll.

The 2008’s front-seat occupants have less room to play with, and storage space isn't the best; the glovebox is very small and is only really large enough for the car’s instruction manual. Shoulder room isn’t great up front either and there’s no armrest. Instead, you get a cubbyhole with a roller cover. This is a good place to keep keys, chargers and other detritus, though.

If you're interested in buying a used Peugeot 2008, or any of the other cars mentioned here, check out our used classifieds site here. 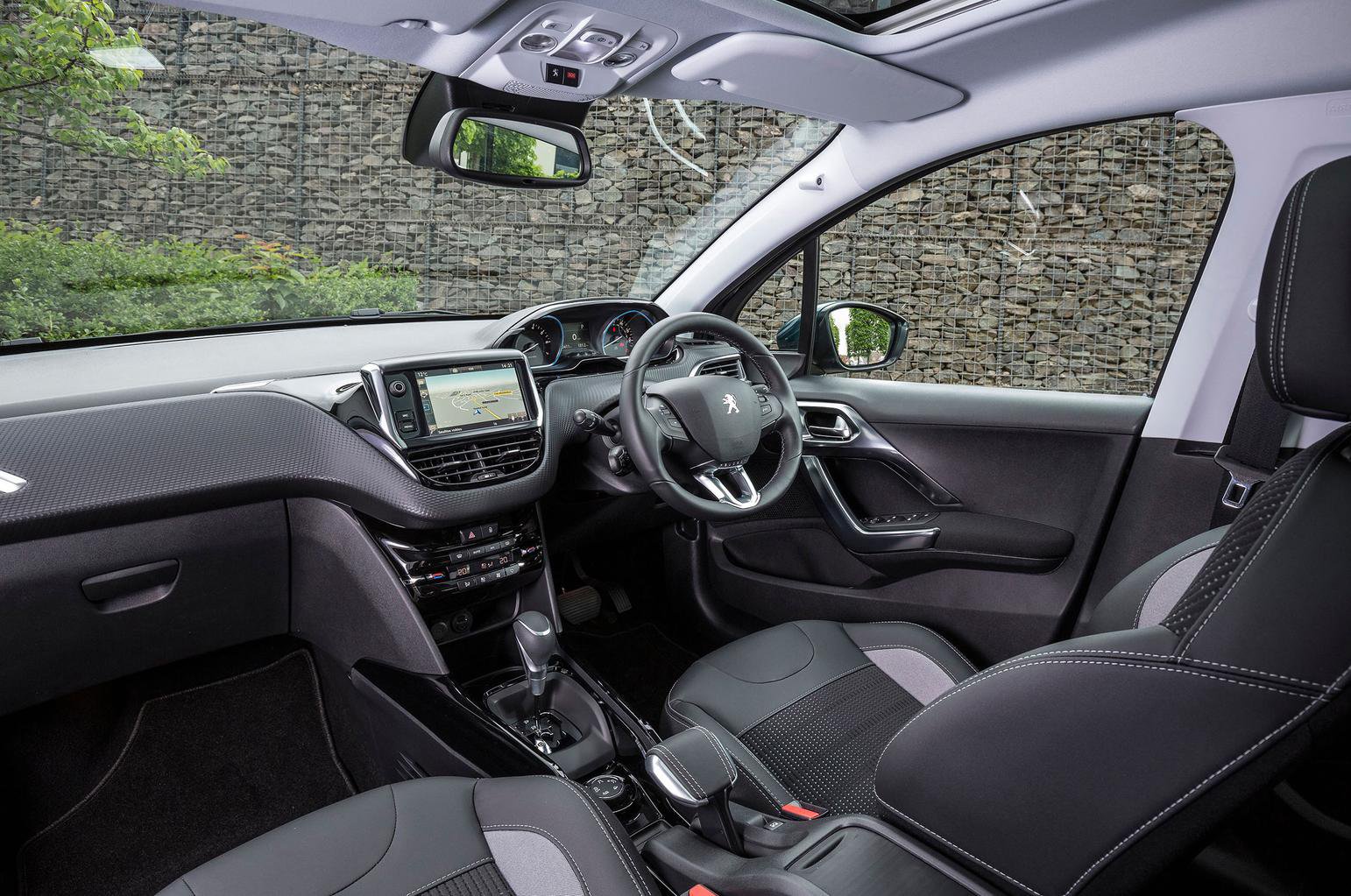