Up front in the Peugeot 508 SW, you’ll find adequate head room even with a sunroof fitted, although a Skoda Superb provides even more scalp clearance.

Oddment storage is excellent – there’s a huge central cubby under the armrest, two big cupholders, another lidded cubby next to the gear lever and a tray with wireless smartphone charging (on higher-spec cars) below it. It’s a shame, though, that the glovebox is so small and compartmentalised that there’s no space in there for the car’s manual, which is relegated to one of the door pockets.

The 508 SW has a less abruptly curving roofline than its Fastback stablemate, and its extra height brings a significant increase in rear head room. It’s still not a strength of the car, but a six-foot adult won’t struggle to fit. Anyone taller will find their head brushing the ceiling, though.

Rear leg room is exactly the same as in the 508 saloon, so a six-footer can just about fold their legs in behind a tall driver. Their shins will be awfully close to the backs of the front seats, so if you do have lanky friends we’d point you towards the vast Skoda Superb Estate.

Not only is space on the tight side, the tops of the slim rear windows are set well below an adult’s eyeline. That could make taller passengers in the back feel a bit claustrophobic. It’s also worth noting that the optional panoramic sunroof leaves a big bulge in the ceiling just in front of where a rear passenger’s forehead would go, adding to the cramped feel.

Now for the bit you’ve been waiting for: the boot. The 508 SW has a bigger bottom than the 508 saloon, making it far more practical, and beating the Audi A4 Avant, BMW 3 Series Touring and Mercedes C-Class Estate. However, the Skoda Octavia and VW Passat estates both trump it, while the Superb Estate is still the car to beat in this class.

Unusually, the hybrids have the same sized boot as conventionally powered models – a rare trick matched by the Volvo V60 Recharge. Admittedly, hybrid versions of the 508 SW don’t have the option of a spare wheel, but you do at least get a small space you can just about squeeze the standard Type 2 cable into.

The rear seat bench folds in a 60/40 configuration, and while there’s no option to upgrade that to 40/20/40, you do at least get a central ski hatch as standard from Allure trim, which allows you to carry long, thin items while still using the two outer rear seats. The seats are easily folded down by pressing the buttons mounted either side of the boot entrance, or by using toggles next to the headrests. When lowered, they lie almost flat. 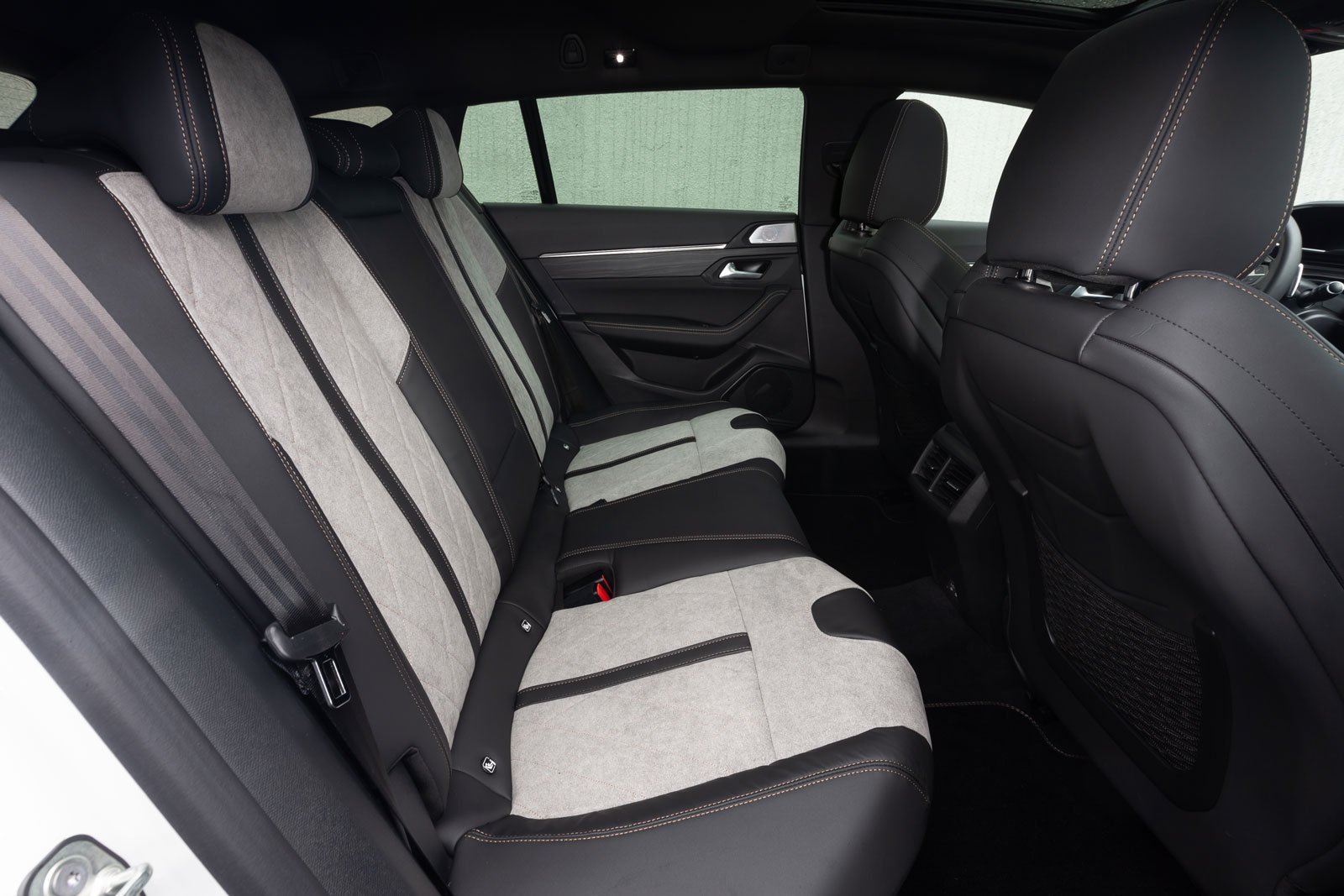 A stylish family estate, but there are rivals that offer a mor...