Firstly, let’s examine the pub-talk platitude that the 911 Targa isn’t as good to drive as the 911 Coupé. In absolute terms, it isn’t, but everything is relative. The Targa’s body and all the gubbins that make up its clever folding roof make it around 110kg heavier than the Coupé  and 40kg heavier than the Cabriolet. And that’s before you factor in that the Targa is sold in four-wheel-drive guise only (badged Carrera 4), which adds even more weight relative to two-wheel drive versions (badged Carrera) of the Coupé and Cabriolet.

Simple physics dictates that this extra weight will make the Targa accelerate, stop and turn less keenly than the Coupé. And, without a permanent roof to hold things together, its chassis is also less stiff than the Coupé’s and that affects the suspension’s settings, which in turn, affects how the car handles.

As we mentioned earlier, the Targa only comes in four-wheel-drive guise – a little ironic for a car conceived with fair weather in mind – and you have the choice of 380bhp Targa 4 or 444bhp Targa 4S engines. Both are available with a seven-speed manual gearbox (which we have yet to try) or an eight-speed dual-clutch PDK automatic; with the latter fitted the 4S can hit 62mph in a frankly ludicrously rapid 3.6 seconds, and the ‘entry-level’ car takes just 4.2sec when so-equipped.

With 391lb ft of torque sustained from relatively low down at 2,300rpm all the way through to 5,000rpm, not only is the mid-range punch of the 4S is mighty impressive, but unlike so many modern turbocharged engines that quickly run out of puff, this twin-turbocharged flat-six feels utterly relentless all the way to its relatively heady 7500rpm redline. You really appreciate the PDK gearbox’s speed and smoothness, too; it ensures that the car never feels unbalanced even if you happen to change gear mid corner. It really is in another league from traditional automatic ‘boxes such as the one found in the F-Type, even if the sheer number of gears (eight) means you sometimes have to pull the downshift paddle several times when braking into corners or overtaking in manual mode. We look forward to sampling a Targa with a manual ‘box, but we suspect the automatic will fulfil the needs of most buyers.

The Targa’s ride is also supremely well judged. Our test car went without the commonly specced optional ‘sport chassis’, which drops the ride height by a further 10mm, and this setup strikes an impressive balance between pliancy and body control. With PASM set to Normal, it’s supple enough to round off sharp abrasions such as potholes and depressed drain covers, while also remaining remarkably flat and stable when confronted by a series of challenging crests and dips.

In terms of refinement, with its roof up, the Targa does an even better job than the Cabriolet at suppressing wind noise at speed. More noticeable is the considerable road noise drummed up by the Targa’s meaty tyres, particularly over coarse road surfaces – an affliction that also affects both the Coupé and Cabriolet. Meanwhile with the roof down, it can get a little noisy at motorway speeds, but thanks to the clever wind deflector mounted on the top of the windscreen there’s not much buffeting. 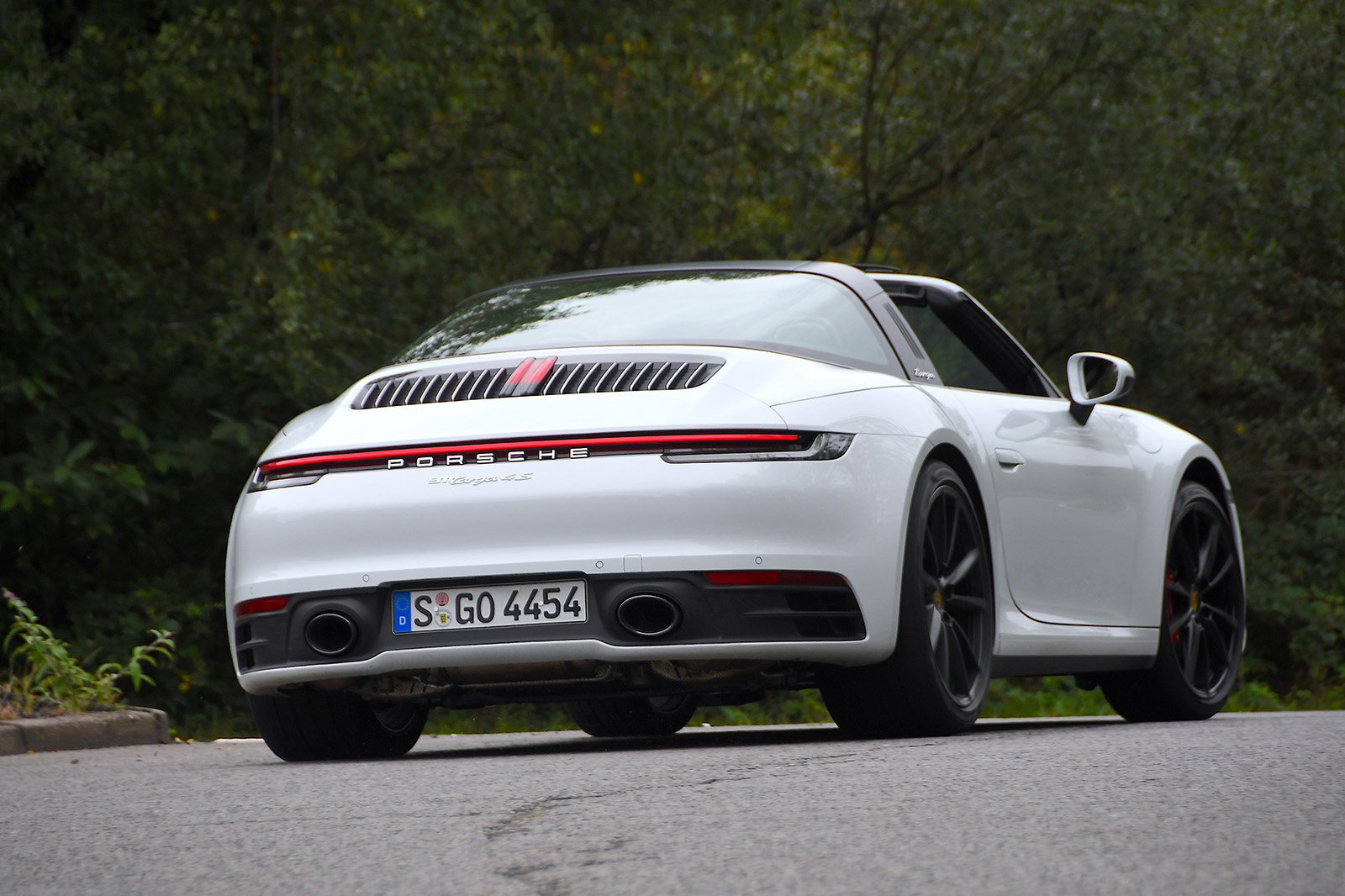