Being that it’s a sports car, you might not expect the Targa to be roomy, but there’s a surprising amount of space in the front. It’s certainly more capacious than the Jaguar F-Type Convertible and you’d have to be unusually tall to run out of leg or head room. Even the large centre console has padding on its sides to keep your left knee comfortable on a long journey.

In the rear it’s a different matter. Those two back seats are small; an adult would do well to squeeze in even for a short trip. They’re really for small children at best; in fact both seats have Isofix fittings so you can fit a child seat on either side of the wide transmission hump.

This all said, the fact that there are back seats at all can be considered a bonus, as all the 911 Targa’s main rivals are strict two seaters. And, when the seats aren’t in use, they act as a handy supplement to the boot and allowing you to carry bulkier items such as a set of golf clubs. The front-mounted boot itself is relatively small but still not bad for the class; there’s space for a couple of weekend bags. 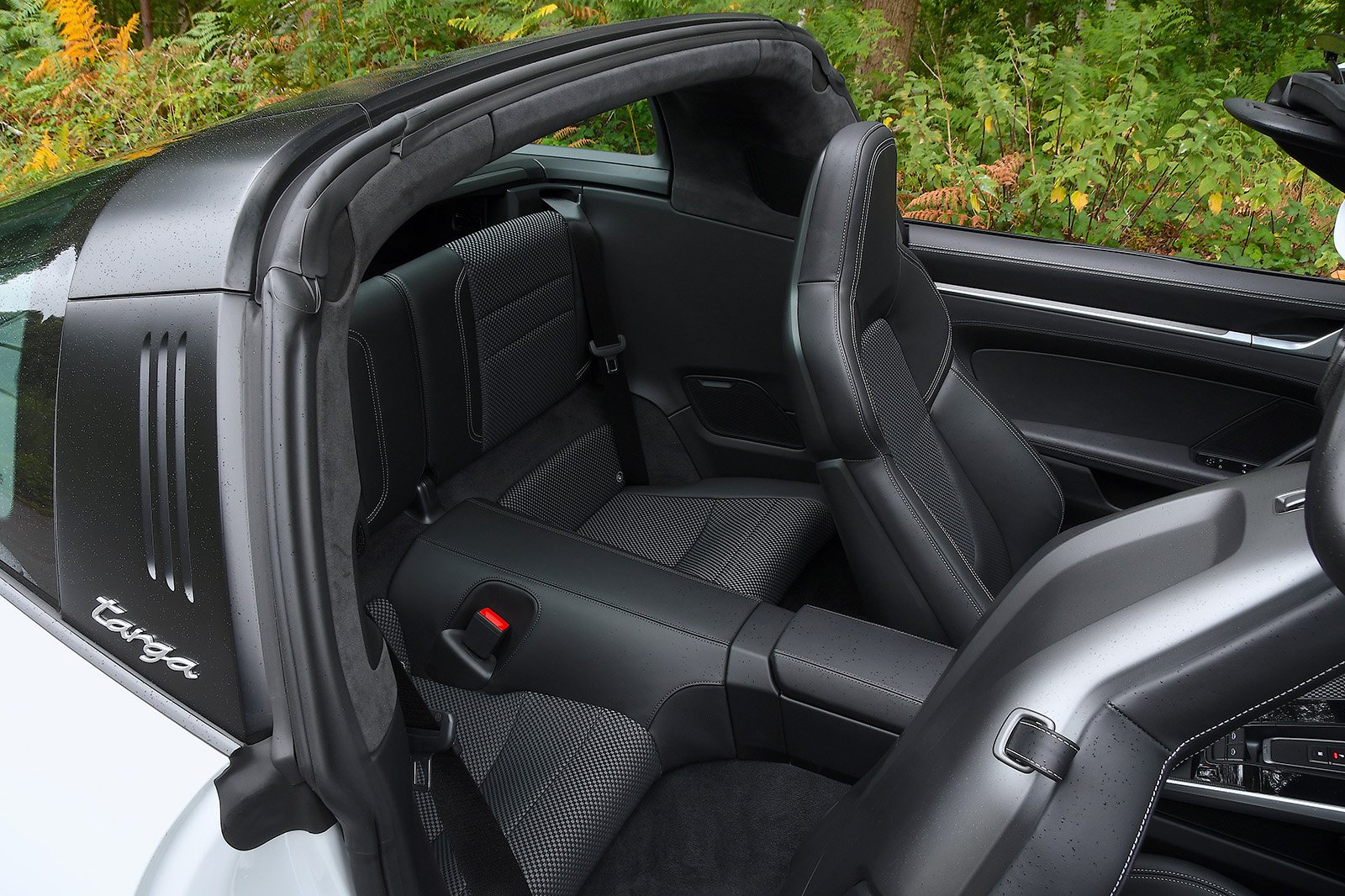