If you are into your sports cars, and you’re okay with paying a very large sum of money for the privilege of owning and running one, you'll probably be looking at a used Porsche. More specifically, you'll be looking at a 718 Cayman because it has numerous upgrades over the old one, such as trick suspension and sharper steering response, plus it's actually much faster, too.

We're not kidding about it being quicker because even the entry-level a 2.0-litre unit is good for 296bhp, and the S version is even more potent with a 345bhp 2.5-litre engine. However, for those hankering after six cylinders, a naturally aspirated 3.0-litre flat-six engine was reintroduced in 2019 in two additional models, the 394bhp GTS 4.0 and the 414bhp GT4.

If you want luxuries, better hope the first owner ticked a few options. The regular Cayman is a sparten affair with 18in wheels, xenon rather than LED headlights, part-Alcantara seats and single-zone climate control. Mercifully, a 7in touchscreen with sat-nav and Apple CarPlay is also standard. You get a bigger engine in the S, along with 19in wheels. The T models are supposed to be lightweight specials, although many did opt to reinstate the touchscreen infotainment system because it was a no-cost option.

To go along with the six-clinder engine, GTS 4.0 models have 20in alloys, lowered, adaptive suspension, a limited slip differential, sports exhaust and the sports chrono pack.

Both of the 2.0 and 2.5 four-cylinder engines are strong enough to make the Cayman tantalisingly fast. Both will see off the 0 to 62mph sprint in under five seconds and rocket up to a licence-losing speed fairly quickly, and despite the turbochargers, it’s rarely caught out when it comes for sheer puff. However, what it does lack is an aural pleasure. The noise is just a noise, when all is said and done, and in the case of the S there’s quite a lot of it. It’s not nearly as pleasant as the old engine’s tone, and it’s not very sports car-like. This is solved with the GTS 4.0 version because it brings back the classic six-cylinder burble that sounds fantastic.

But the engines only tell half the story, because what’s always separated the Cayman from the also-rans in this class is its delicate mid-engined handling balance, and just how damn enjoyable it is to drive. This one is no different, with wonderfully direct steering that is well weighted and linear in its responses, and eager handling that makes the car brilliantly driveable at any speed, with endless grip and remarkable poise thrown in for good measure.

It even rides well, with a suppleness unknown in other lesser sports cars. It’s firm, of course, but it never threatens to become uncomfortable.

Inside is a comfortable, pleasant and well put together interior with a great driving position that places the driver central to the action, in a perfect location in front of the controls. Visibility is reasonably good, too, for such a low-slung sportster, and many cars will have been specified with the optional reversing sensors or, if you’re lucky, a camera.

All the switchgear has a solid, high-quality feel, and all the buttons are well damped. There’s plenty of room for two to sit without brushing shoulders, and although storage space is rather limited there are two small-ish boots: one in the nose and the other behind the engine.

If you're interested in buying a used Porsche Cayman, or any of the other sports cars mentioned here, check out our used car buying site here. 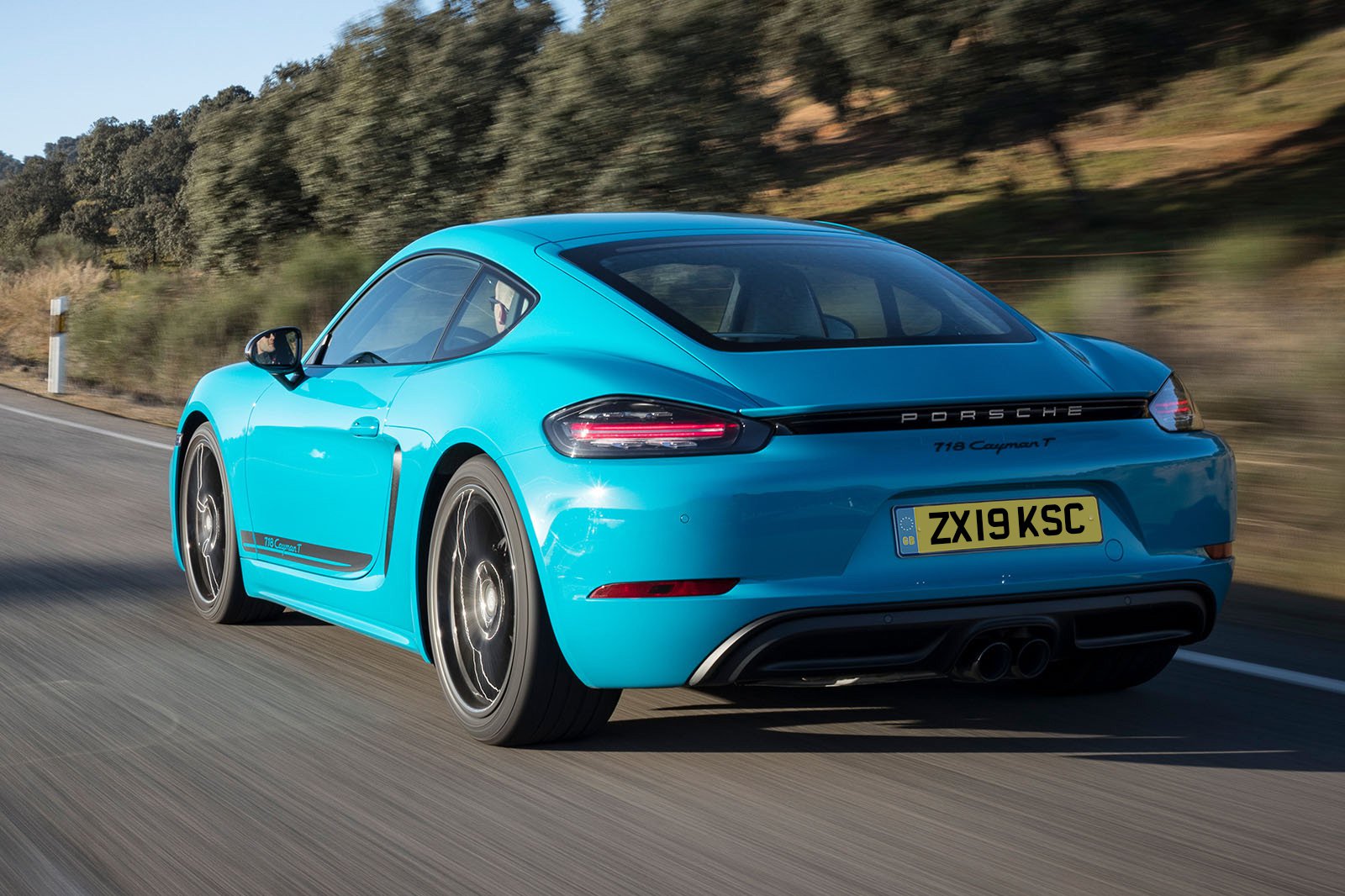