Out of all the petrol and diesel engines in the Kadjar range, there really isn't a bad one; even the entry-level 138bhp 1.3-litre petrol is strong enough, feeling particularly gutsy from low revs and delivering its power in a smooth and predictable manner. It’s so good, in fact, that you don’t necessarily need to upgrade to the more powerful 158bhp version. If you crave those extra twenty horses, though, it’s not hugely more expensive and won’t have a detrimental effect on running costs.

The 113bhp 1.5-litre diesel is also worth considering if you do a lot of motorway miles and don’t mind travelling in a less than urgent fashion. It isn’t particularly quick, and you have to work it hard when pulling away from a standstill, but it delivers its power smoothly and is plenty capable enough when you hit out-of-town speeds.

All engines come with a six-speed manual gearbox as standard, but a seven speed dual-clutch automatic is available as an option – although it is expensive.

The Renault Kadjar doesn't ride quite as smoothly as the Nissan Qashqai. It's a little choppier along typical urban backstreets, for example, and doesn't settle quite as readily on the motorway.

As long as you avoid versions with the big 19in alloy wheels, however, the Kadjar is actually pretty comfortable by small SUV standards and absorbs most lumps and bumps relatively calmly It's certainly more supple than the Kia Sportage and Seat Ateca. 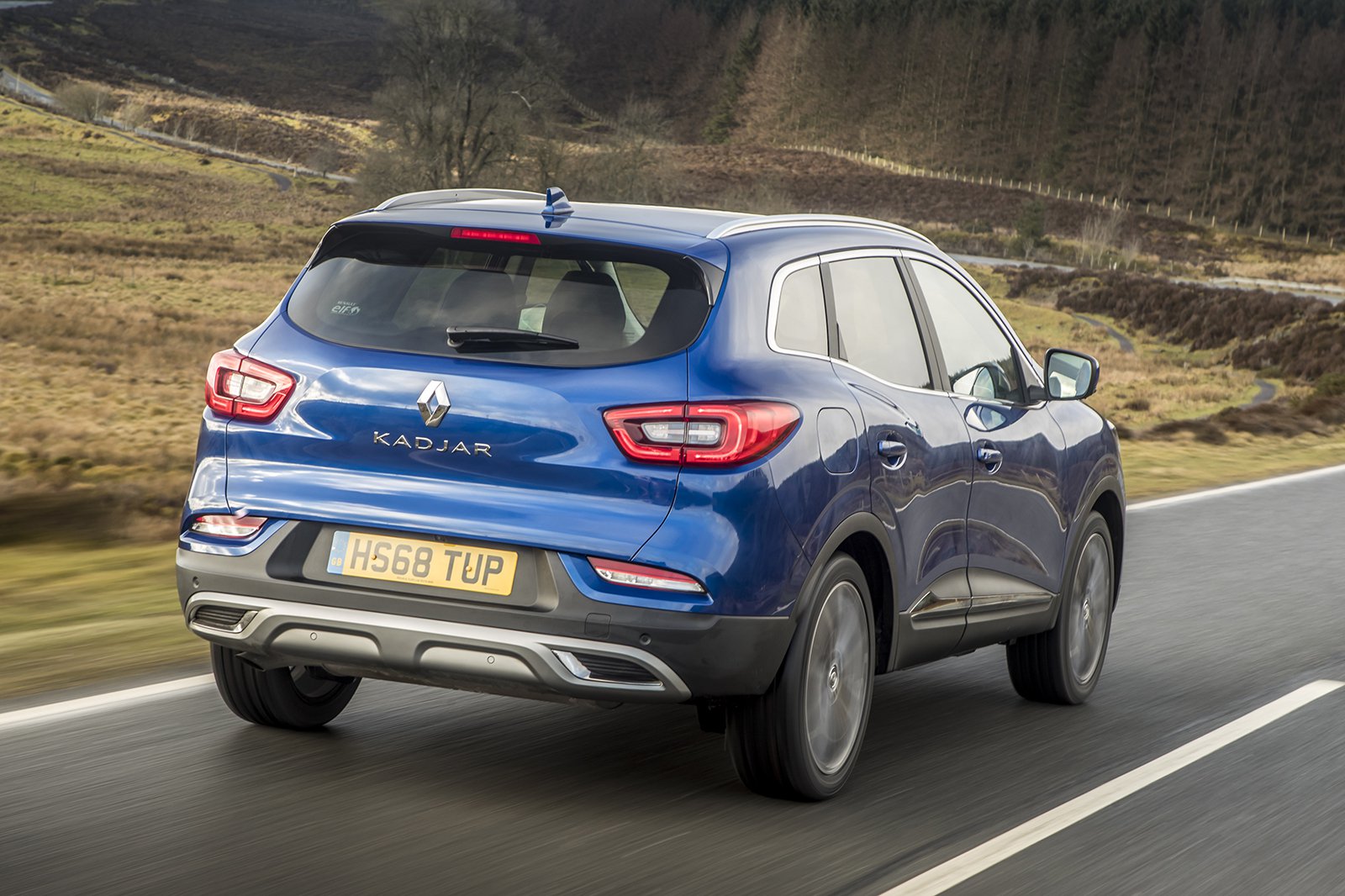 The Kadjar handles well enough by family SUV standards. There's plenty of grip through corners and not too much body lean despite being a high-sided car; you can confidently hustle it along a twisty road without fear of it toppling over.

It doesn't handle as well as other SUV rivals such as the Seat Ateca and Skoda Karoq, though, and its steering wheel doesn’t self-centre particularly responsively, either, so you have to add extra input when coming out of turns. The Kadjar's steering is also noticeably lighter than those two; this is great when you're parking, but doesn't inspire much confidence at faster speeds, as you don't get much feedback through the wheel.

The entry-level 1.3-litre petrol is quiet at low revs but does start to get a little vocal when you work it hard. Meanwhile, the 1.5-litre diesel isn't too antisocial, even though it isn't quite as smooth or hushed as the equivalent engine in the Qashqai. The 1.6-litre diesel is the least agreeable companion; this engine sounds guttural when you accelerate, and you feel more vibrations through the steering wheel and pedals than with the other engines. There's some wind noise at 70mph and the 19in wheels kick up a fair bit of road noise, so we'd recommend sticking with smaller alloys.

The six-speed manual gearshift is a bit vague and imprecise, with a long throw and clunky action. By contrast, the automatic ‘box shifts gears snappily when you need it to, and is smooth when pulling away smoothly from a standstill.