What used Renault Kadjar hatchback will I get for my budget? 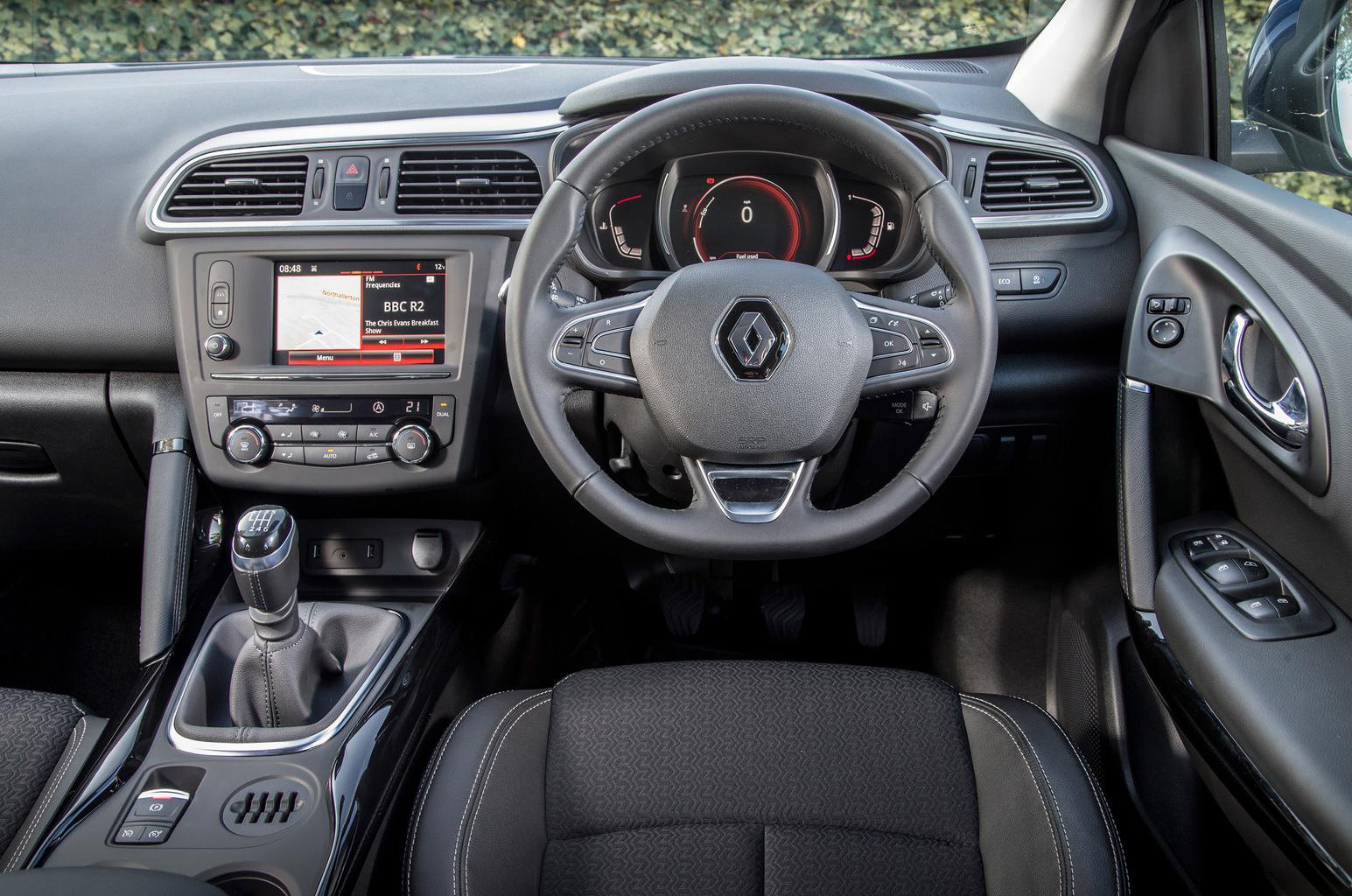 How much does it cost to run a Renault Kadjar hatchback?

This is where the Renault Kadjar scores well, because it has a range of highly efficient petrol and diesel engines.

The 1.2 TCe petrol engine comes with either a manual or automatic gearbox and has an official average fuel economy figure of 50.4mpg for the manual and 51.4mpg for the automatic.

There are two diesel engines on offer: a 1.5 dCi with 109bhp and a 1.6 dCi with 129bhp. The 1.5 has claimed average economy of 74.3mpg, regardless of which transmission you go for. The 1.6 does 65.7mpg as a manual. If you want that engine with an automatic, Renault has offered a continuously variable transmission (CVT) in recent years, but this drops the economy down to an average of 56.5mpg.

Something that also affects fuel economy for the Kadjar is bigger alloy wheels. These are usually fitted to higher-specification trims such as Dynamic S Nav. If your Kadjar is fitted with 19in wheels, expect the economy to be a couple of miles per gallon lower than the figures quoted above.

Depending upon what year of Kadjar you choose, road tax figures vary significantly. For those registered before April 2017, the 1.5 dCi is the cheapest version, as it is either free or £20 per year, depending on which version you choose. The 1.2 TCe petrol and 1.6 dCi both cost £115 per year.

Any Kadjar registered after April 2017 will currently cost £140 per year to tax due to the Government’s revised road tax policy.