The Renault Kangoo is in many ways the benchmark for the sector when it comes to its size and functionality. The standard-sized van has a load volume of 3m3 and the larger Kangoo Maxi can move a total of 4m3.

Load lengths of up to 1476mm for the regular Kangoo and 1862mm for the Maxi van are possible, but it’s the payload that changes in the battery electric vehicle. The 800kg maximum of the standard van drops to 640kg – just below the 650kg maximum of the heaviest diesel van – which is an impressively small difference, given the batteries, but one that is offset by losing an engine, gearbox and other associated paraphernalia.

While maxing out with all of that weight will undoubtedly harm your range, we’ve tested the Kangoo with a more commonly used 50% payload and found very little difference in our real-world driving capabilities.  Despite that, this is a vehicle that is best suited for carrying volume, not payload, which is why there is the option of a swivelling bulkhead to increase maximum capacity by 0.6m3. The loadspace has a width of 1460mm and internal height of 1129mm. Just like the standard van, the Kangoo ZE has 180-degree-opening asymmetric doors at the rear as well as six floor-mounted load lashing points. 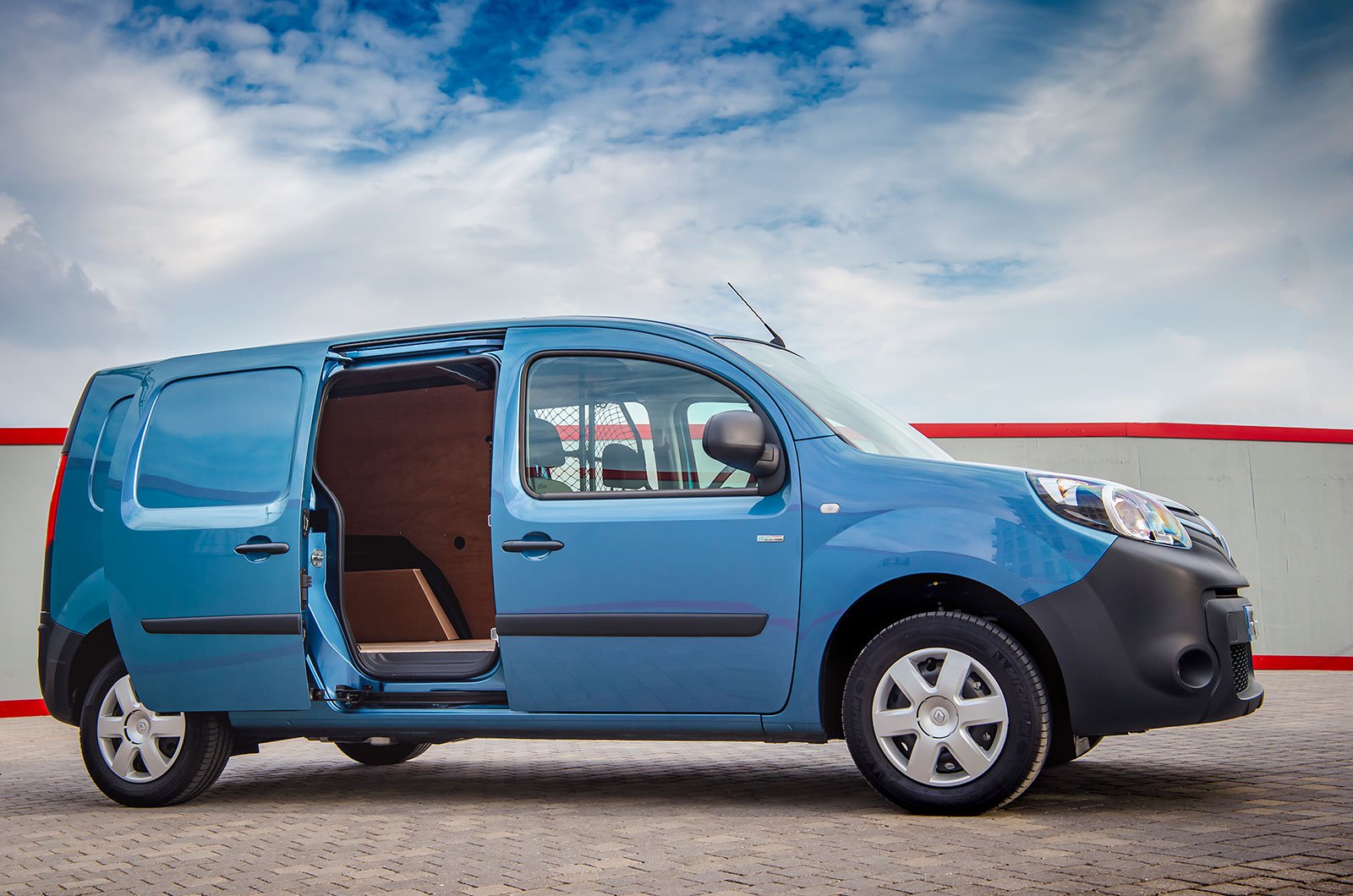