Compared with SUVs, pickups are generally rather unsophisticated to drive, but the Ssangyong Musso is one of the better of the breed.

Its steering, for one thing, is up there with the likes of the Ford Ranger and Volkswagen Amarok for precision. And, though it may look quite top heavy, body roll is reasonably well controlled through corners.

We’d pick the six-speed automatic gearbox over the perfectly pleasant manual alternative, despite its occasional hesitancy when swapping gears. Why? Because it’s still entirely acceptable and, crucially, the best choice if you want to tow as it has a slightly higher towing limit of 3500kg (versus the manual version’s still-impressive 3200kg) – which is up there with the most muscular of pick-ups. Plus, it can carry its maximum payload (1095kg) while towing a 3500kg trailer at the same time – and that’s something its rivals can’t do. The Rhino is able to tow the same 3500kg braked trailer with a higher 1140kg maximum payload. 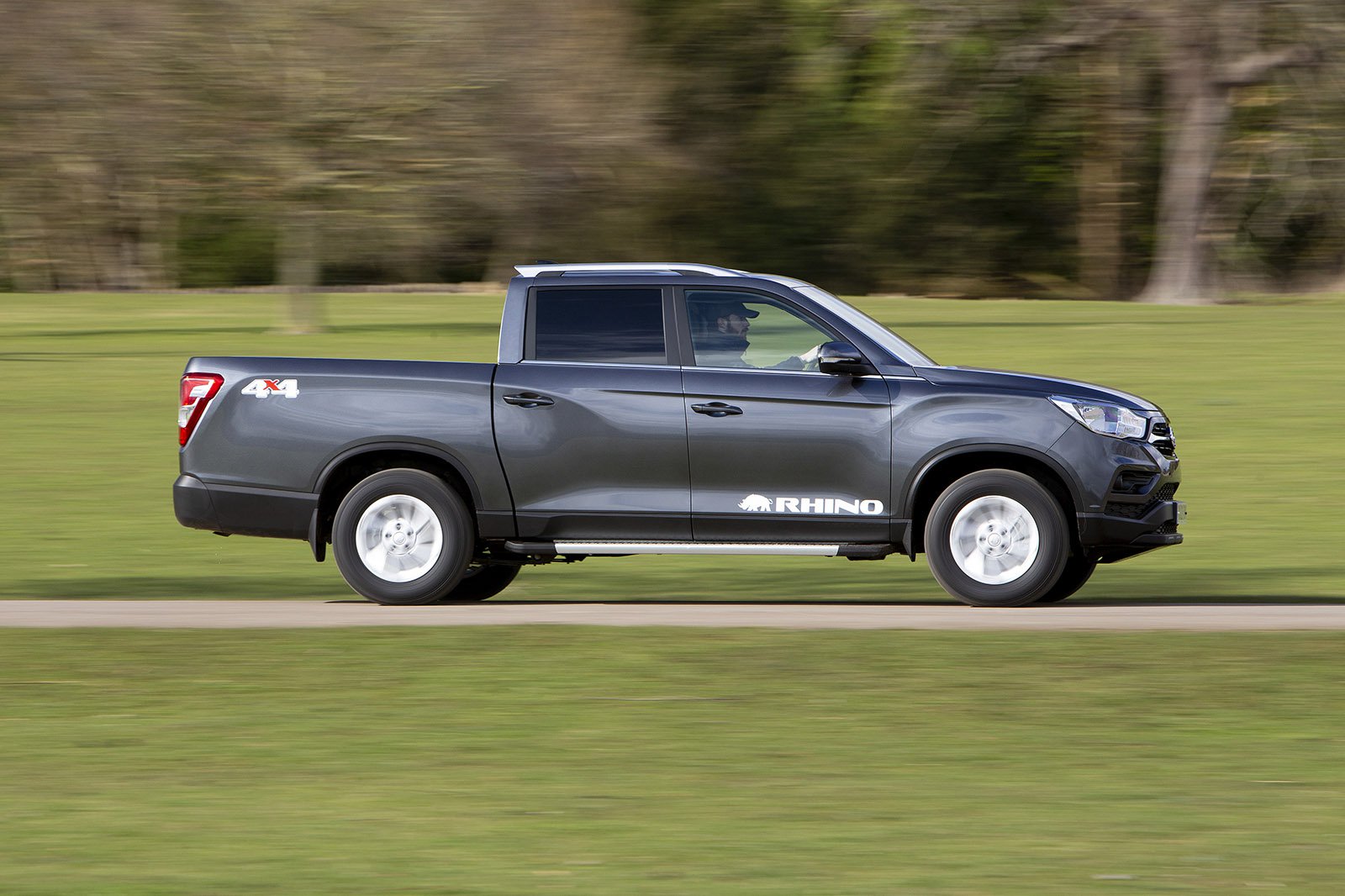