Up front, you'll find a sizeable storage area under the armrest, big door pockets and a tray for odds and ends in front of the gear lever. Head and leg room are plentiful and the interior is really broad, so you won’t be clashing elbows with your passenger.

The Ssangyong Musso’s rear seats are also pretty roomy. Head room is good for all three passengers, and there’s a nice flat floor for the middle occupant's feet, with decent foot room for the other two. That said, tall adults in the outer seats might find their knees brushing the front seatbacks, and the middle passenger has a slightly protruding backrest to contend with. Despite being longer, the Rhino has no more interior space than the smaller Mussos.

Instead, the Rhino’s load bed is where it has an advantage; there’s an extra 30cm of length, taking it up to 1.61 metres with a maximum payload of 1140kg, a weight that’s nevertheless matched by the admittedly far less plush Ford Ranger XL. Like their rivals, all Mussos will take a standard European cargo pallet between their wheel arch intrusions. Standard length Mussos have a maximum payload of 1105kg for manuals or 1095kg for automatics, better than all but the XL and XLT Rangers.

Other practical touches include a 12V/120W socket in the load bay for use with power tools and the like, and a selection of hooks in the back to help strap items down. There are numerous other cargo accessories on the options list too. 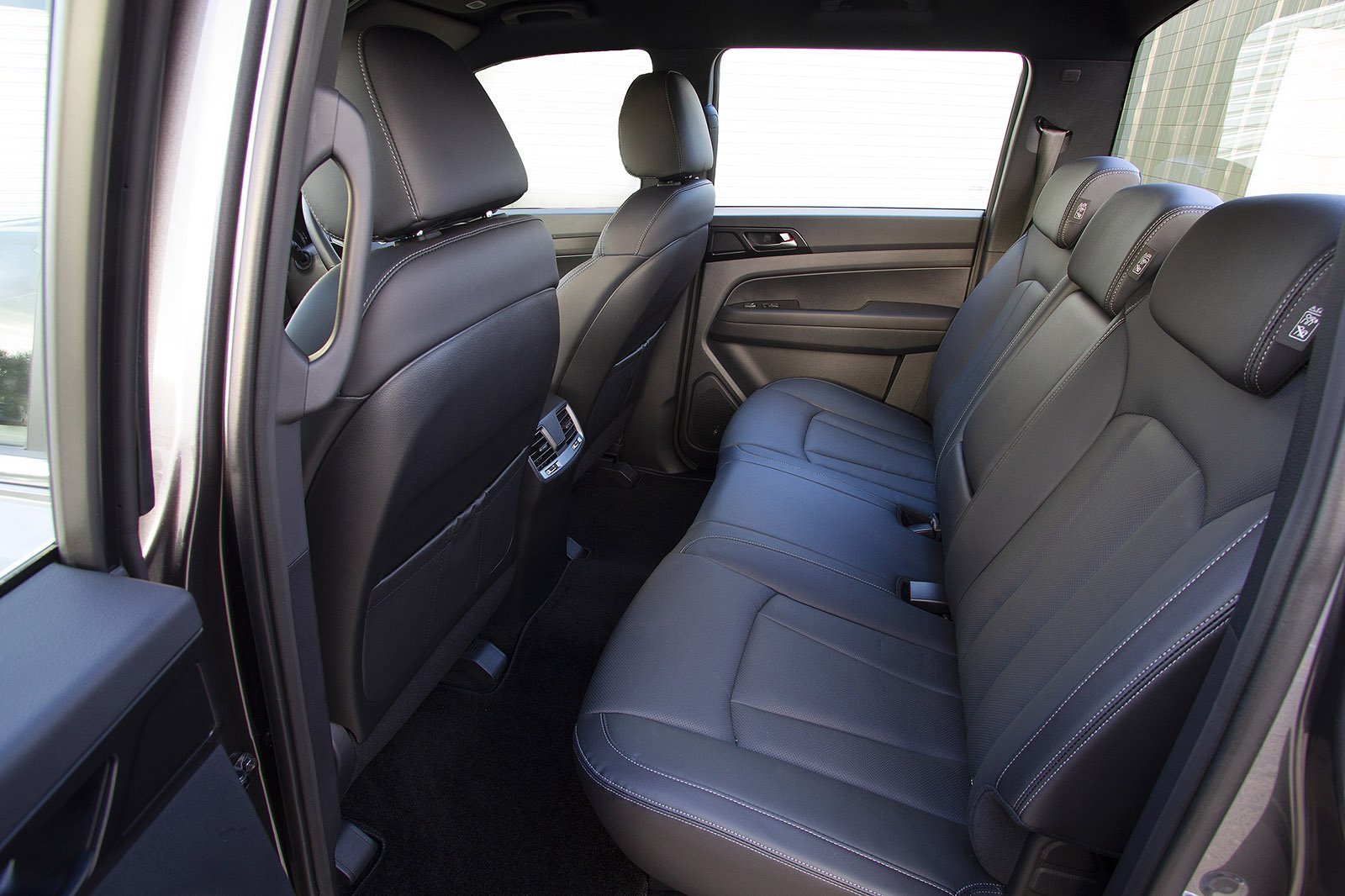