When you’re sitting up front, the Vauxhall Insignia feels like a big car. There’s plenty of width, so two adults can sit side by side without brushing shoulders and the seats go back far enough for those with long legs. Head room is unlikely to pose a problem for any but the tallest, either.

Storage options are plentiful, with generously sized pockets in the front doors that can each hold a small bottle of water and plenty of other bits and pieces, while there’s a spacious cubbyhole under the centre armrest. In front of the gearlever is a pair of cupholders and another lidded cubbyhole with enough space for a phone.

While there’s plenty of room up front, the back seats will suit some Vauxhall Insignia passengers more than others. We doubt anyone will be complaining about the amount of leg room, though. Our 6ft testers found their knees were nowhere near the backs of the front seats, even with similarly-sized adults up front.

Head room is less impressive because of the way the roof curves down at the rear of the car. Taller people will find their heads uncomfortably close to the ceiling. A large hump in the middle of the floor deprives the centre seat occupant of foot space while the rear door pockets are much smaller than those up front. 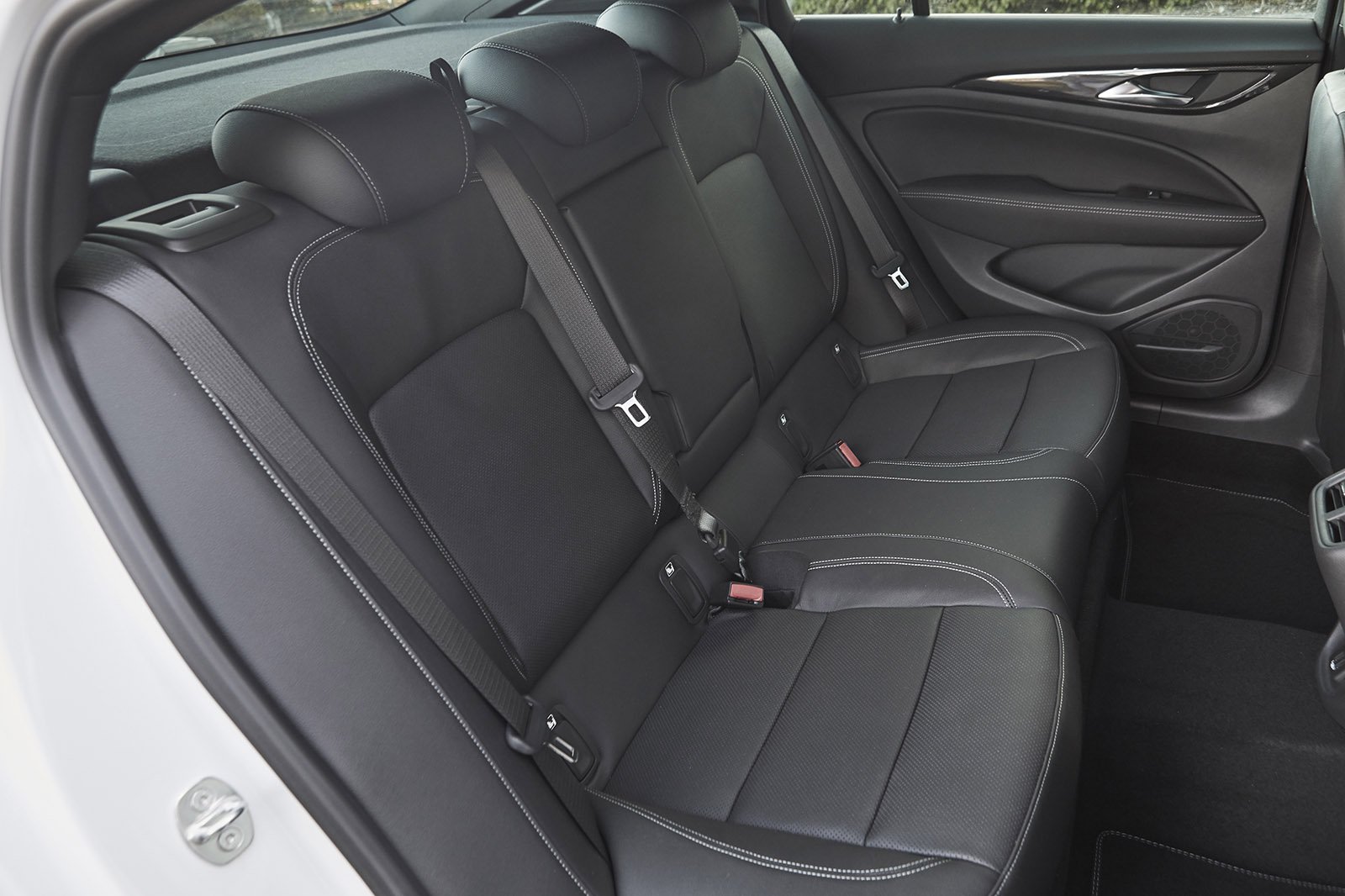 There’s nothing particularly clever about the Vauxhall Insignia seats. While the driver gets height and lumbar adjustment, you’ll need to jump up to SRi Nav trim or higher to get it for the front passenger.

The rear seats have a typical 60/40 split fold mechanism in SE Nav models. You get a handier 40/20/40 split and the added convenience of boot-mounted electric release switches to fold them with ease on SRi Nav and up.

The Vauxhall Insignia boot is certainly large enough for a big pushchair or a couple of sets of golf clubs, but it lags behind the class best – the Ford Mondeo and Volkswagen Passat beat it comfortably and the Skoda Superb is more than 100 litres larger.

Unlike many competitors, Vauxhall doesn’t offer a variable-height boot floor in the Insignia (even as an option), but at least there isn't a vast step left in the extended load bay when the rear seats are folded down. Less convenient, though, is the hefty loading lip you’ll have to lug stuff over – not great when you're weighed down with bags of shopping.