The interior of the e-Crafter is almost exactly the same as that of the regular Crafter. There’s not even a stitch or a badge to mark it out; the only difference is the instrument dials. It actually has the same readouts as you find in the Volkswagen e-Golf hatchback.

But having the same interior is no problem, because it means storage is plentiful, with three open-top compartments, two cupholders and a central storage compartment in the spilt-level dashboard.

It also has large door pockets suitable for water bottles and there’s a fold down tray in the back of the central seat that doubles up as extra storage.

The e-Crafter also gets a heated driver's seat, which is increasingly common on electric vans in order to save using the heater, which would adversely impact range. 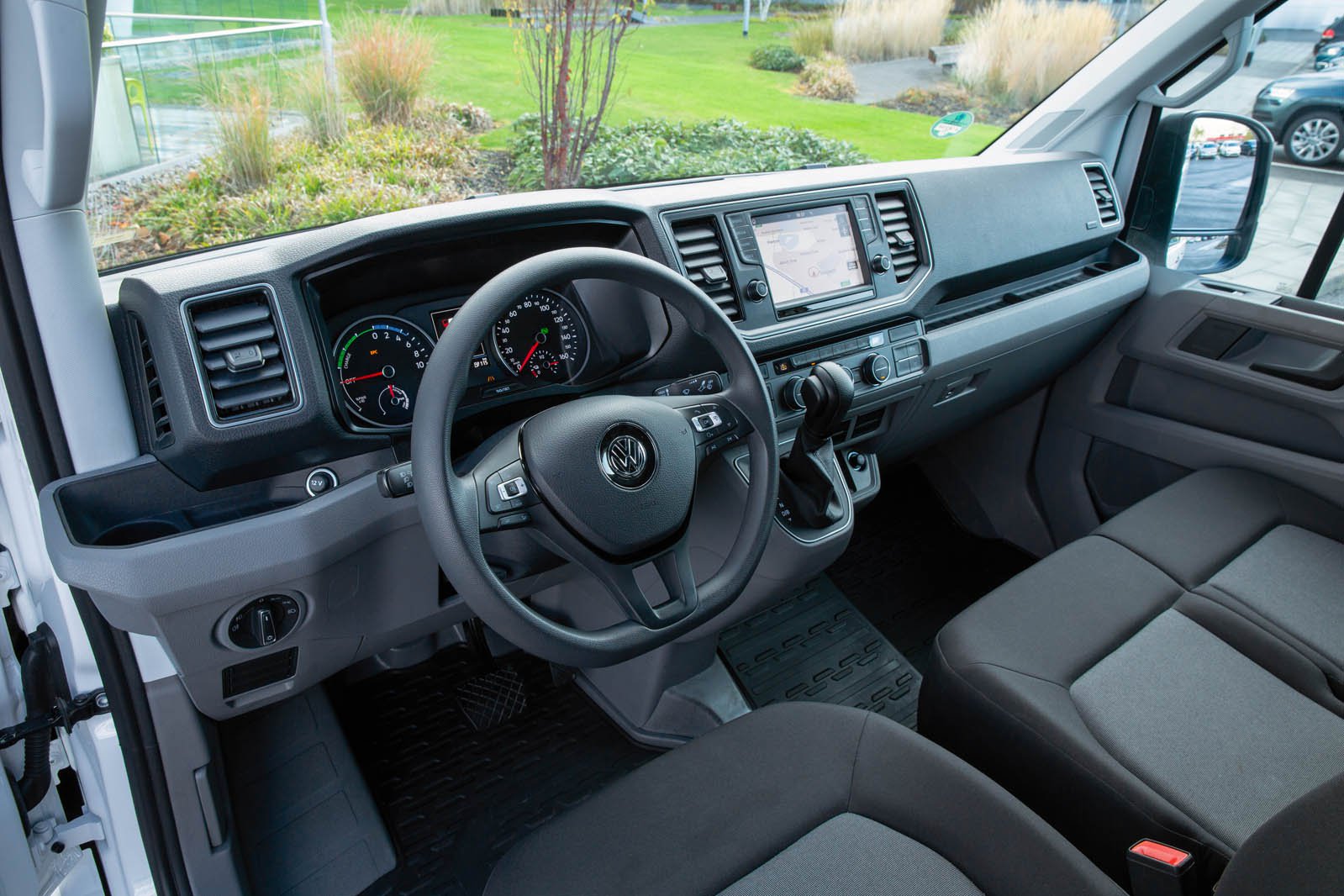