Unlike with the Volkswagen California, there’s only one engine and one gearbox available in the Grand California. However, the 174bhp 2.0-litre diesel engine and eight-speed automatic gearbox are more than up to the job of motivating this 6.0m-long (or even 6.8m) motorhome in an easy, if relaxed, fashion.

In fact, there’s more than enough power to panic the van’s overactive stability and traction control system, which will often limit engine power halfway around a roundabout or during tight turns. Mind you, it’s better to play it safe and drive calmly when even the smallest (and we use that in the loosest of terms) Grand California weighs 3.5 tonnes; the last thing you want to do with a vehicle of such mass is to spill your passengers’ morning bowl of Shreddies as you attempt to take the racing line through corners.

The engine is fairly muted at cruising speeds; the gearbox keeps revs low when you’re not demanding full acceleration. At such speeds, though, potholes and expansion joints on motorways are heard as a noticeable thwack, accompanied by the cupboards rattling. With such an upright windscreen, a degree of wind noise is to be expected, but our test vehicle’s additional outside add-ons, such as its side awning, satellite dish and rear air conditioning unit, exacerbated wind whistle.

The Grand California’s sheer mass can cause it to lurch over undulations at higher speeds. Also, because even the shortest version is almost 3.0m tall, it’s affected by crosswinds on breezy days. At these times, you’re kept busy at the wheel, making frequent, sizeable corrections to keep going in a straight line. Fortunately, a crosswind-assist safety feature is standard for when you encounter particularly bad weather. 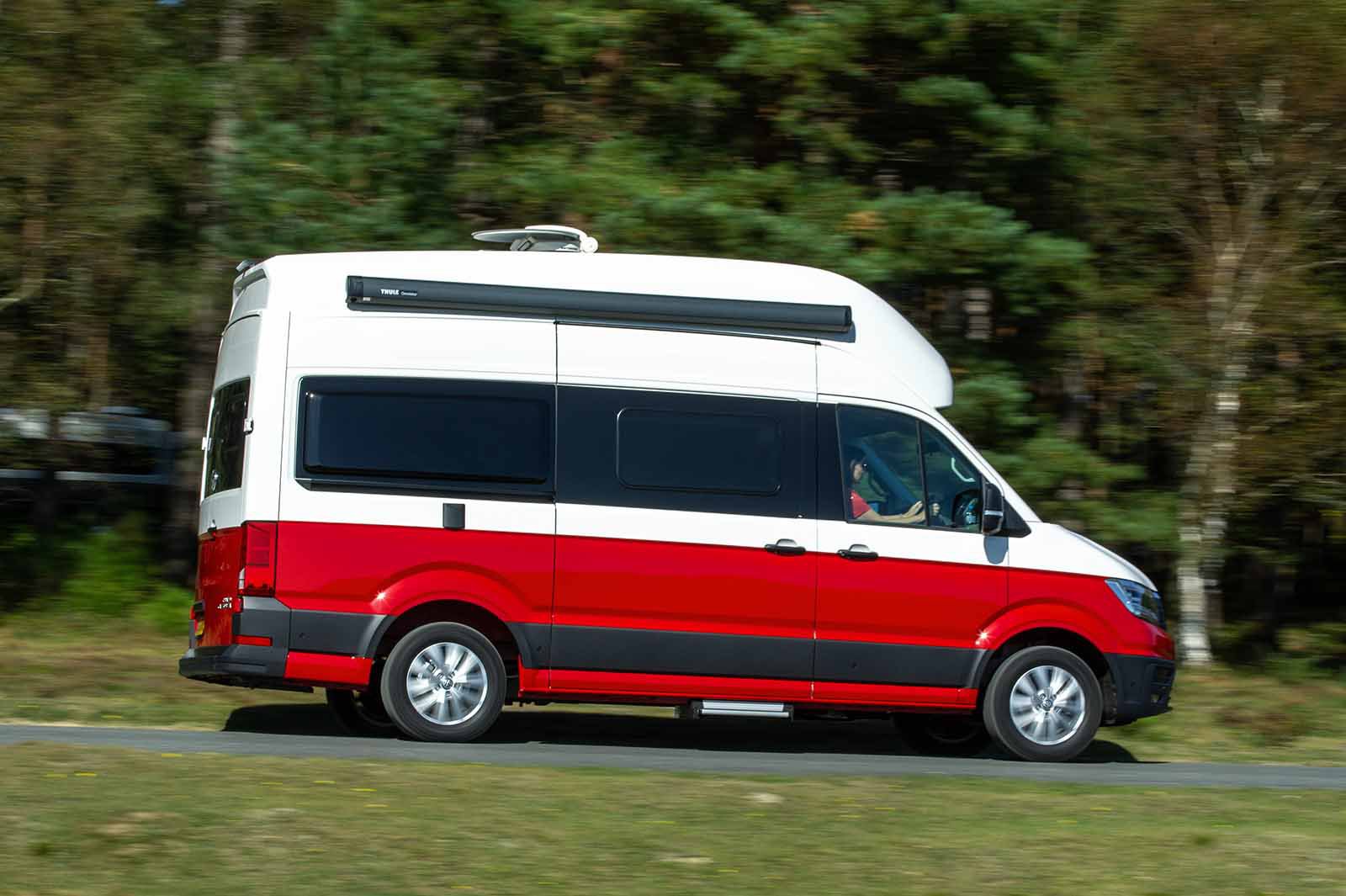