Getting in and out of the front seats is easy, thanks to wide door apertures and low sills. Once inside you’ll find plenty of head, leg and elbow room, and are unlikely to feel cramped unless you’re extremely tall.

You get plenty of interior storage options, too, including a tray under the adjustable armrest, two cupholders in front of the gearlever and a sizeable door bin with a recess big enough to hold a 1.0-litre bottle of water.

The A4 Avant falls a little way short of the VW Passat and Skoda Superb when it comes to rear space, and if your focus is on the premium brands, it doesn’t have quite as much rear leg room as the rival Volvo V60, either. But the difference is small, and there’s enough room in the back of the A4 Avant to accommodate a couple of six-footers reasonably well. Access is pretty decent, too, thanks to wide-opening doors and low sills.

Meanwhile, storage amenities come in the form of rear door bins that will each fit a 1.0-litre bottle of drink. However, you’ll need to add the optional, but reasonably priced, Storage Pack if you want nets on the backs of the front seats and cupholders in the central armrest. 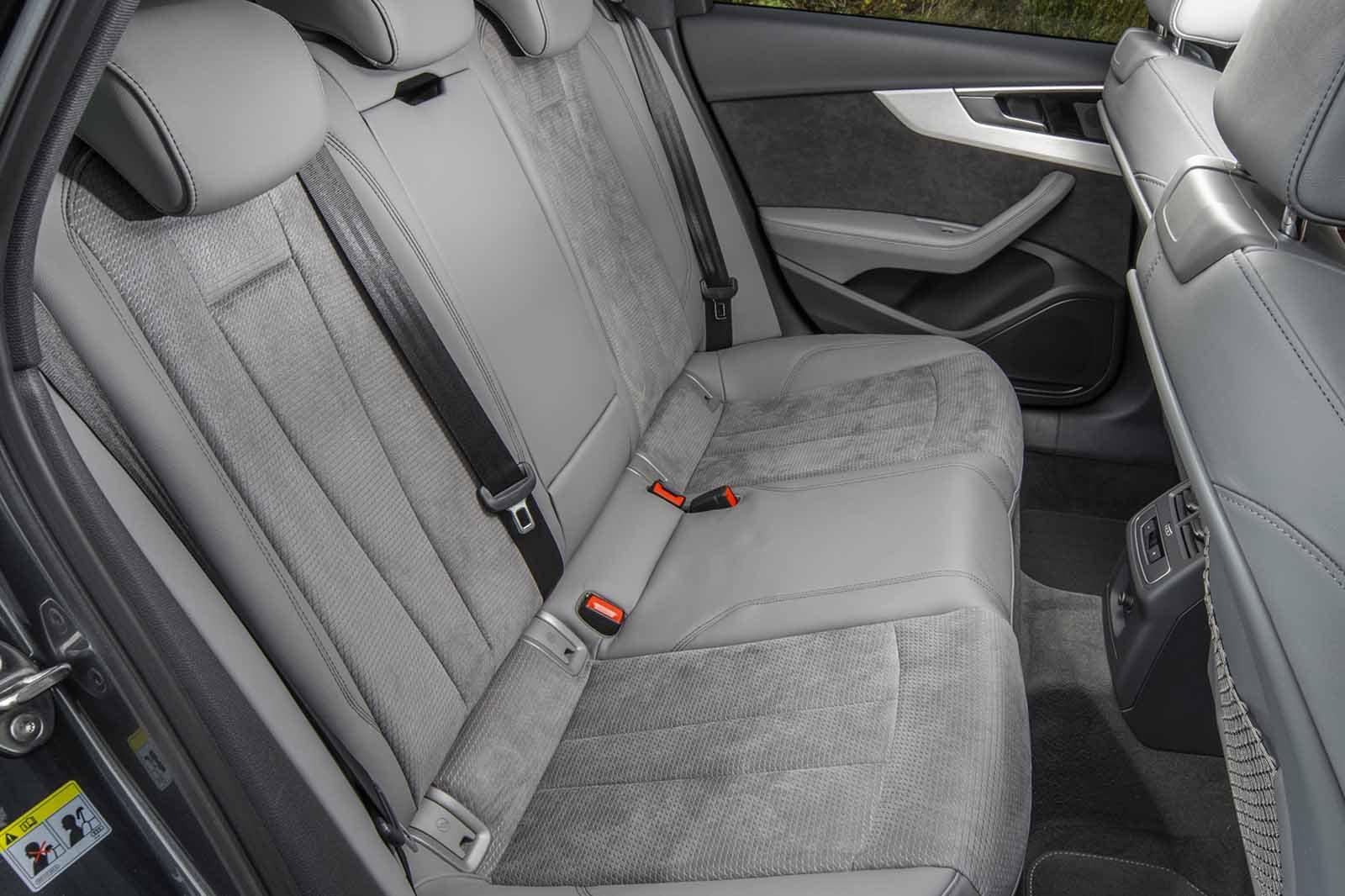 Folding down the rear seats is easy in the A4 Avant: it’s just a case of pulling the release levers positioned conveniently inside the tailgate opening and the backrests fold in one simple action. Once down, they leave a flat extended load deck.

The seats fold in a 40/20/40 arrangement, giving you more options when you need to carry long loads but still need to fit people in the rear seats.

The A4 Avant has a slightly bigger boot than the Mercedes C-Class Estate, and BMW 3 Series Touring but a smaller one than the Volvo V60.

Its wide boot aperture and a low loading lip help take the strain out of lifting heavy items in and out. Unlike some of its rivals, the A4's load area is relatively unencumbered by wheel arch intrusion and it’s a useful 1.0 metres across at its narrowest point; a fact that could prove a boon if you’re on an Ikea run.

It also comes with some helpful features, including a standard powered tailgate with an optional sensor that lets you open the boot when you have your hands full by waving your foot under the rear bumper. There’s also a standard electric load cover that retracts and extends automatically as the tailgate opens and closes, plus a netted storage cubby on either side of the boot to stop loose items flying around.

However, as we've already mentioned, if you simply want a jolly good car with a big boot and you aren't fussed about a posh badge, the class-leading Skoda Superb Estate is impossible to overlook. It's available for significantly less money and can swallow loads more luggage – the A4 Avant can fit seven cabin-sized suitcases, while the Superb Estate takes 11.