Audi is renowned for its classy, minimalist interiors that are exquisitely finished. The A5 doesn’t disappoint, bettering the Mercedes C Class Coupé for quality; everything you touch feels classy and rock solid.

Meanwhile, the driving position is tough to fault, with plenty of seat and steering wheel adjustment and a comfortable driver's seat that provides plenty of upper-back support, plus four-way electric adjustable lumbar support. Big, clearly marked buttons and dials also make it easy to adjust the automatic air-conditioning, which comes as standard on every trim.

Sat nav comes as standard on all trims, too, as does Audi's Virtual Cockpit – a 12.3in screen that sits behind the steering wheel where you'd normally expect to find analogue instrument dials. It's really useful, putting lots of important information – including your speed and fuel economy and also music playlists and navigation instructions – right in front of your eyes.

When this generation of Audi A5 was launched back in 2016, all versions had a fantastically easy-to-use infotainment system, which you operated by twisting and pressing a rotary controller between the front seats. However, when the A5 was facelifted in early 2020, Audi decided to move to a touchscreen interface. As touchscreens go, it's relatively well designed, with an intuitive operating system. But there's no doubt it's more distracting to use when you're driving than the older system – or indeed the infotainment systems in the rival BMW 4 Series and C Class Coupé.

You get plenty of standard gadgetry, though, including Apple CarPlay and Android Auto smartphone mirroring, wireless phone charging and a DAB radio. It's worth considering the optional Comfort & Sound Pack (standard on Vorsprung trim) if you enjoy listening to tunes on the move, because this brings a great-sound Bang & Olufsen sound system. 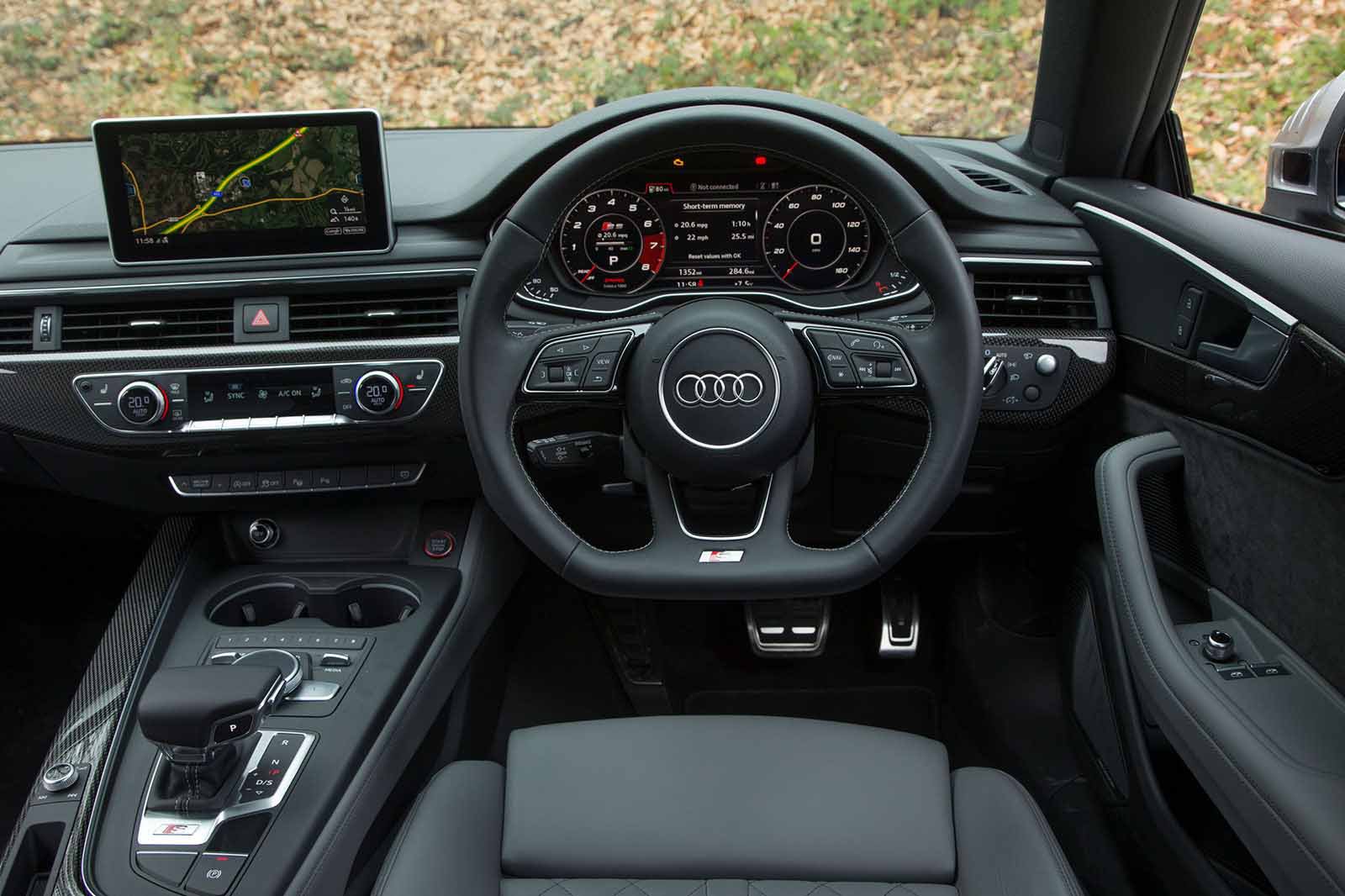