Audi says it has intentionally made the A5 sportier than the A4 because that’s what buyers expect from a coupé. The truth is, though, you’d be better off with a BMW 4 Series if you're looking for driving thrills.

The A5’s steering is precise, but it never really involves you in the process of going round corners, which is a pity given how much fun the smaller Audi TT Coupé is to drive. Mind you, the A5 grips the road well and there’s little body roll through bends – especially on models equipped with sports suspension.

The entry-level 148bhp 35 TFSI (0-62mph in 9.1sec) needs to be worked fairly hard to build speed in a hurry. That's why we prefer the 201bhp 40 TFSI, which is our pick of the range. It provides a considerable performance boost over the 35 TFSI without pushing up running costs too much (0-62mph takes 7.2sec – about the same as the BMW 4 Series in 420i form).

If you’d like something with a little more power, there’s the four-wheel drive 261bhp 45 TFSI. Somewhat disappointingly, it doesn’t feel much quicker from behind the wheel, despite a claimed 0-62mph of 5.6 seconds. If performance is your thing, we’d point you towards the Audi S5 and the spectacularly rapid Audi RS5.

As for diesel engines, there's a choice of two, both 2.0 litres: the 35 TDI and 40 TDI. The former offers 161bhp, front-wheel drive and a 0-62mph sprint of 8.2sec. The latter packs 187bhp, gets four-wheel drive as standard and manages the same sprint in 6.9sec. The 40 TDI is really smooth for a diesel and plenty punchy enough, although the petrols are even quieter.

In other respects, the A5 is a peaceful cruiser, with hardly any wind noise to disturb the peace. Some road noise is noticeable over coarse surfaces, but it's kept to an acceptable level if you steer clear of the enormous 20in alloys you get with Black Edition and Vorsprung trims. 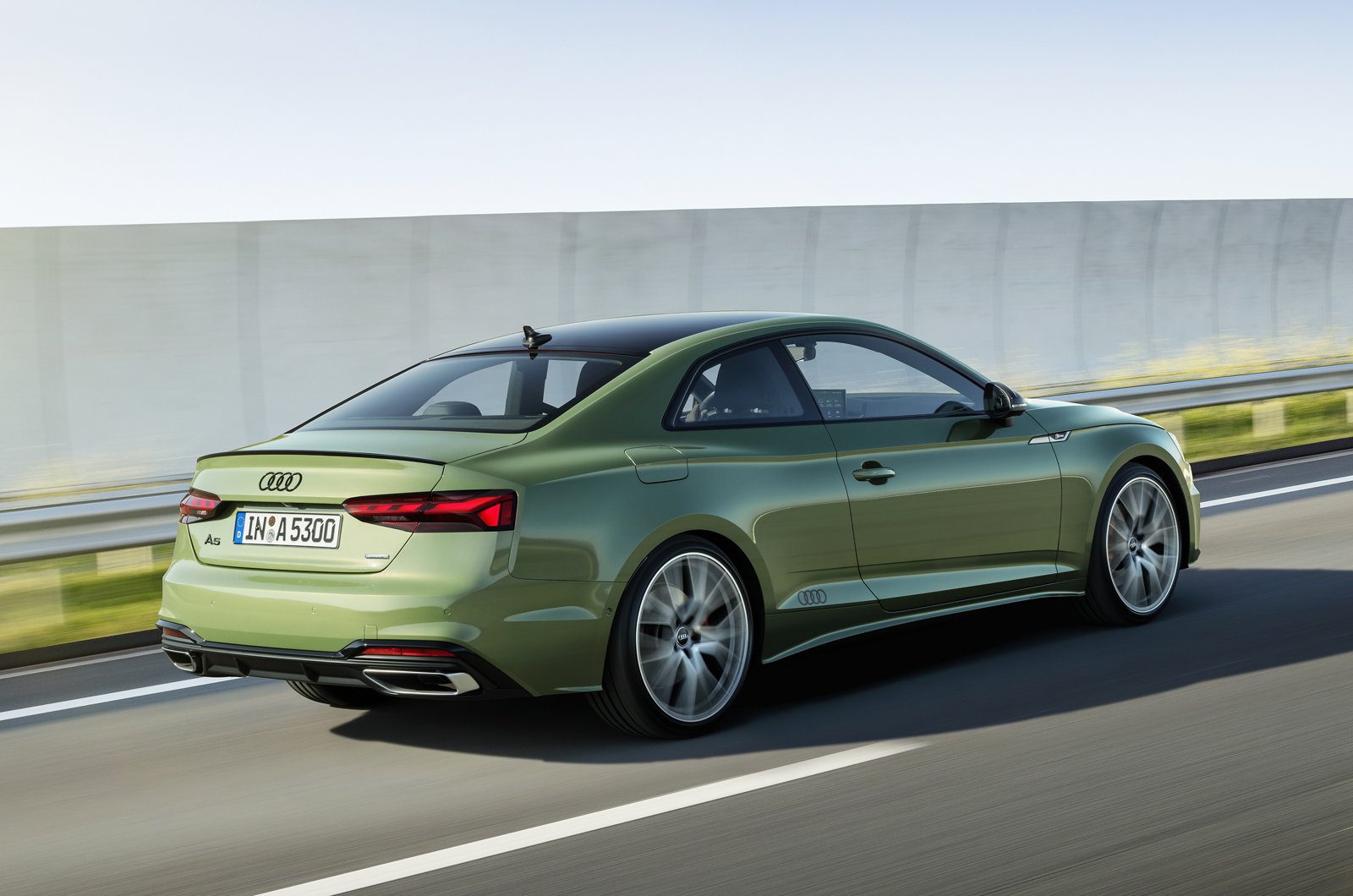