Although the A6 has slightly less front leg room than the BMW 5 Series and Mercedes E-Class, that's a bit like saying the Asian elephant is smaller than the African when the point is that both are big old beasts. Besides, when it comes to head room, the A6 is one of the biggest beasts out there.

You'll also find it has plenty of width for your elbows, although tall drivers who slide the seat right back will run out of armrest on the door – it’s not quite long enough.

There are some storage compartments dotted around, but compared with the 5 Series and E-Class it lacks the additional convenience of a large cubby under the centre armrest or a tray to dump odds and sods in the centre console.

As this luxury class encompasses really palatial stuff, including the long-wheelbase Mercedes S-Class and Rolls-Royce Phantom, the A6 was never going to out-lavish its costlier counterparts. Compared twith its immediate price peers, though, it's rather spacious.

There’s more rear head and leg room than in the E-Class, for instance, and there's even a centimetre or two of added leg room over the 5 Series, which itself is pretty big. Accommodation for three adults side by side is also more generous that in its chief rivals, but before you get too excited, the middle passenger still has has to straddle a tall hump in the floor that also restricts foot space. 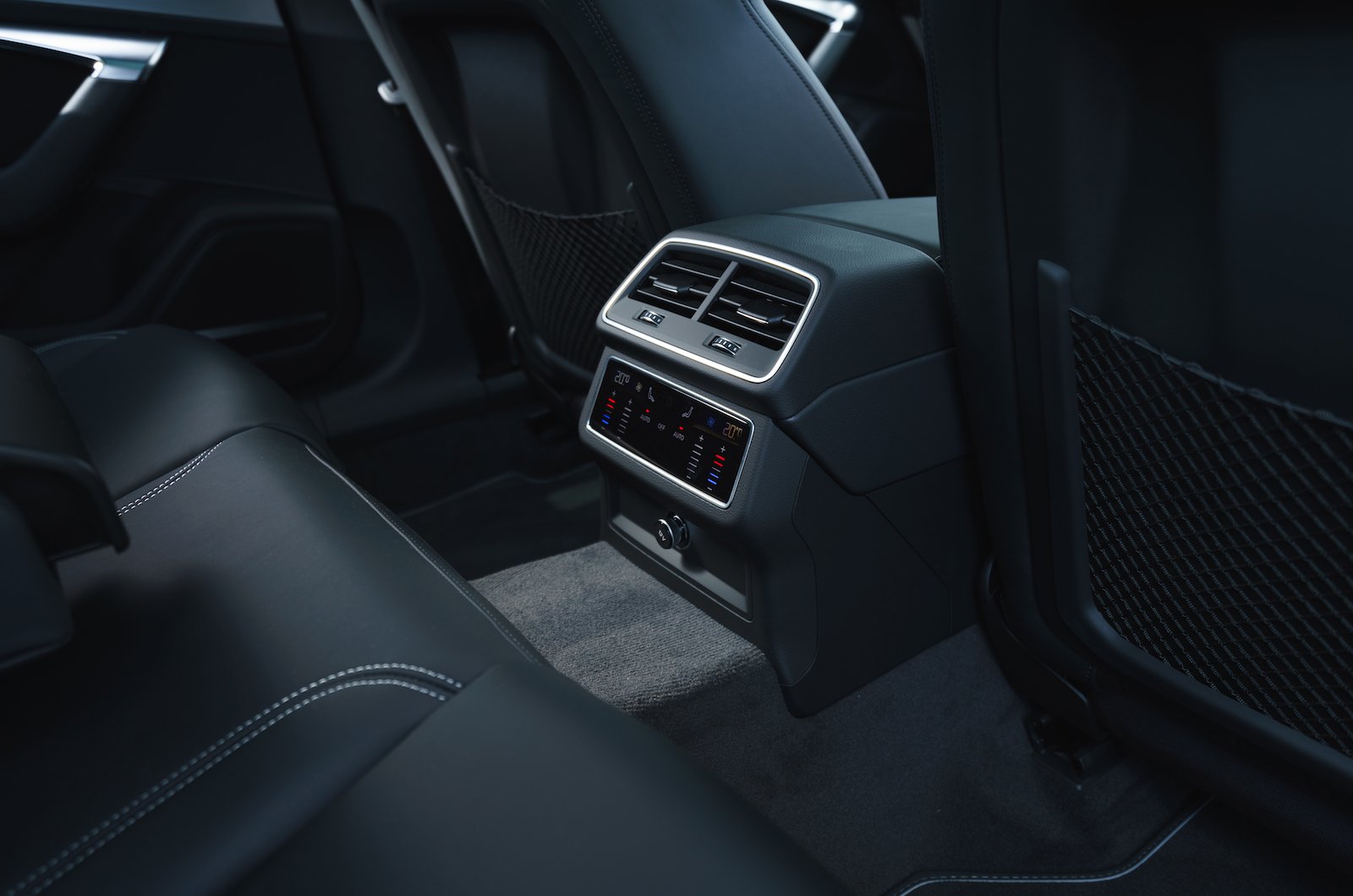 There’s nothing of great consequence to report here; you don't get the multi-adjustable, electric rear seats that are available in the A6's bigger brother, the A8. Yet you do get 40/20/40 split-folding rear seats as standard – a feature you have to pay extra for in the BMW 5 Series and Mercedes E-Class.

It's a shame you don't get levers inside the boot opening to drop the rear seats, because they would make the job more convenient. Instead, you have to walk around the car and open its rear doors to pop the levers atop its rear seatbacks.

The A6 gets top marks here. Even compared with bigger cars such as the S-Class, the A6 has more space in the boot, a point proven by its ability to take nine carry-on suitcases. That's one more than the BMW 5 Series can manage, and even though the E-Class will match it, it only manages if you include its underfloor storage well.

When you fold down the A6's rear seats, they lie almost flat and leave no step between the boot and passenger compartment, which makes loading heavy items relatively easy.