BMW supplies Alpina with almost all the constituent parts required to build a whole range of cars, but not everything is up for grabs.

The B8 Gran Coupé and the M8 Gran Coupé may both be powered by 4.4-litre V8s, but the M8’s highly specialised power unit is a jealously guarded device, so the B8 has to make do with the engine from the lesser BMW M850. Not that that's prevented Alpina from getting this relatively humble V8 to conjure up a cauldron full of seriously explosive performance.

On a track, this hesitation could cost you a few tenths of a second, but on an open road, the anticipation as the boost builds before everything goes warp speed gives the B8 real character. We just wish that the sports exhaust was a little louder – not as anti-social as the Mercedes-AMG E63 S, but it could do with a little more edge like the Porsche Panamera Turbo S has.

This relaxed nature also extends to the way the B8 behaves in bends. The steering isn’t as quick as the rack in the M8, but the wheel’s weighting is consistent and nicely judged, while the bespoke suspension feels better set up for UK roads. Where the stiffly sprung M8 gets thrown offline by mid-corner bumps, the B8 simply shrugs them off, and there is none of the pillar-to-post shimmying that makes the M8 rather tiring on pockmarked roads.

Our only complaint is that at low speeds, the B8 does occasionally thump over sharp-edged potholes, which the Audi S8 – with its triple chamber air suspension – does a better job of smoothing out. But at a cruise, we’re pleased to report that tyre and wind roar are minimal. 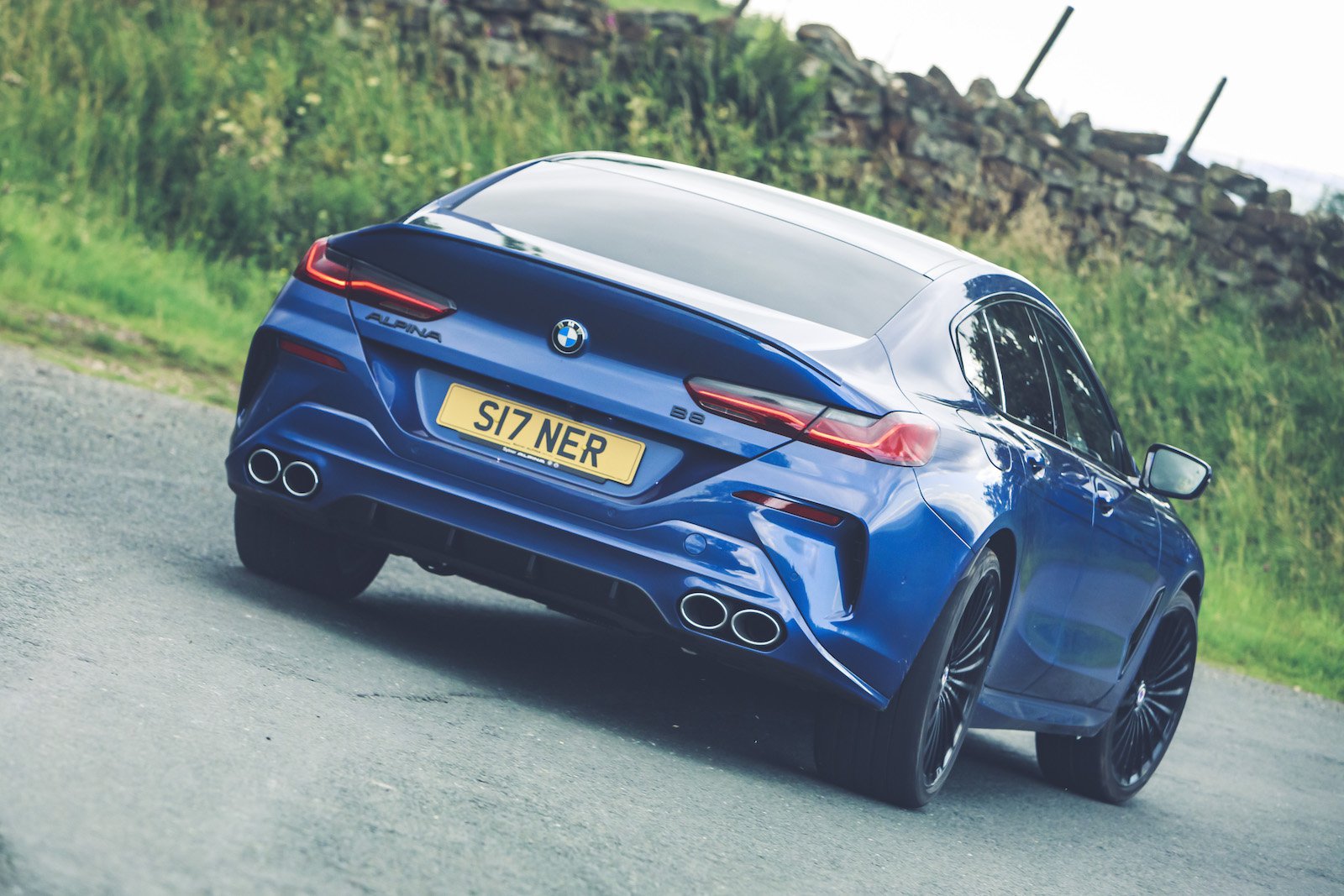