Slip inside the 2 Series Gran Coupé and you'll find the same excellent dashboard as graces the BMW 1 Series. As standard, you get analogue instrument dials with a digital fuel-economy display between them. M Sport cars get fully digital instruments (as do Sport versions if you tick this feature on the options list).

The driving position is top drawer; there's lots of height and reach adjustment for the steering wheel and plenty of movement in the comfortable, supportive driver’s seat. It seems a bit stingy that adjustable lumbar support is only offered optionally, although this is a criticism you can also apply to the Mercedes CLA. Also optional is fully electric seat adjustment.

BMW’s iDrive infotainment system is outstanding. It gives you a touchscreen display, along with a rotary dial controller on the centre console, and it’s the easiest of its kind to use, whether you’re parked up or on the move. It also comes with voice command, and gesture control is an optional extra. Apple CarPlay smartphone integration comes as standard, while Android Auto is due to be added later in 2020.

If there’s one area in which the Mercedes undeniably trumps the BMW, though, it’s the visual pizzaz of its dashboard, thanks largely to the eye-catching widescreen layout of its infotainment system. However, there’s no doubting the rock-solid build quality on display in the 2 Series Gran Coupé. Indeed, build quality is one of the strongest areas of the car.

The view out of the front is as good as that of the CLA’s, but just like that car, the view out of the back is compromised by its sloping roofline and sharply angled rear window. However, with front and rear parking sensors as standard, along with a rear-view camera and an optional system that enables the car to park itself, manoeuvring isn’t a problem. 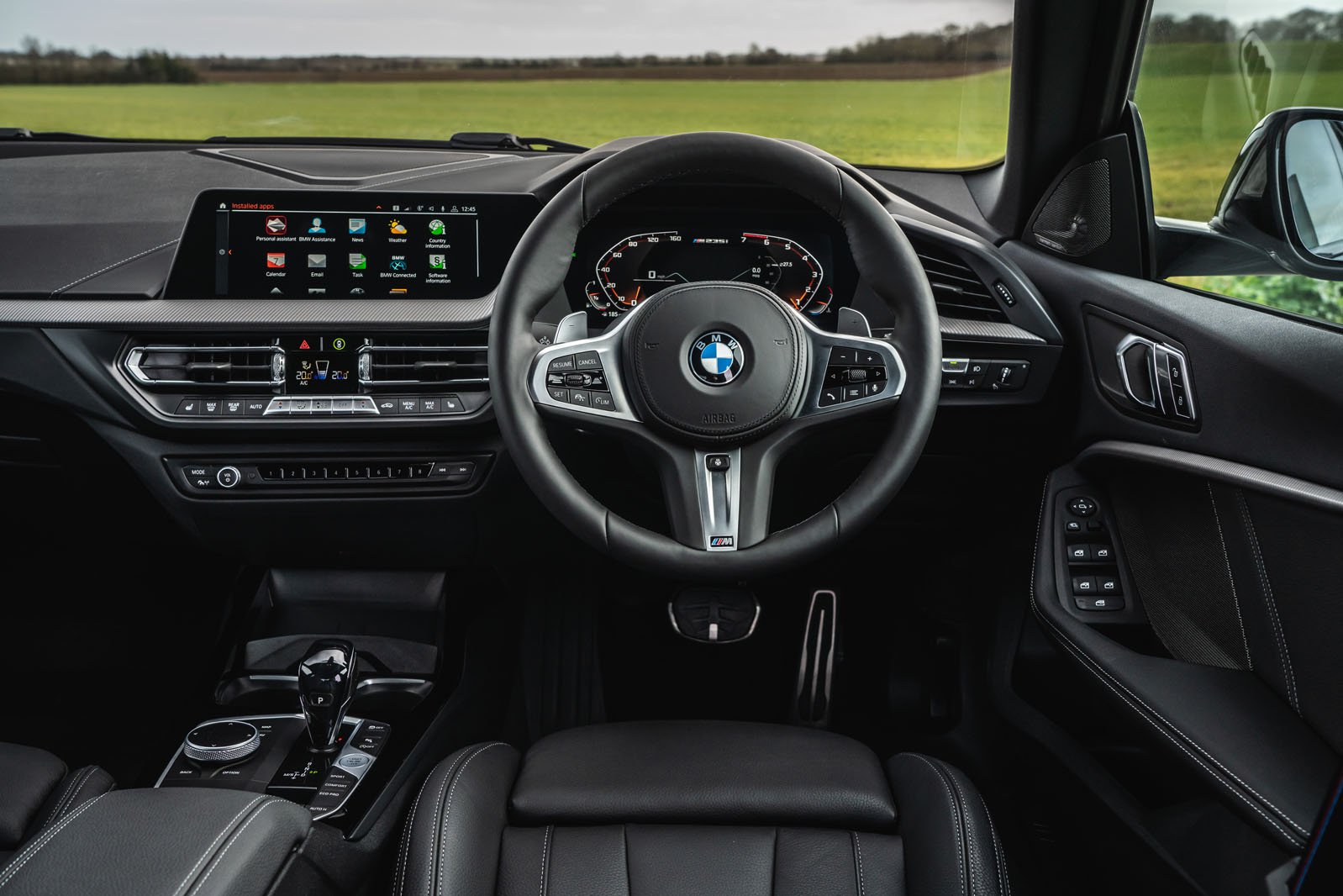