The biggest-selling X7 is the xDrive30d version, whose 261bhp six-cylinder diesel engine delivers plenty of performance. Push the accelerator and this huge SUV disguises its bulk well, getting you up to motorway speeds in the kind of effortless manner you’d expect from something half the size. It’s a civilised engine, too, proving quieter and smoother than the V6 diesel found in the Audi Q7.

If you’re not a fan of diesel power, you can opt for the six-cylinder petrol xDrive40i. It’s engine is serenely quiet when you want it to be, and nice and snarly when you’re pressing on. What’s more, it’s impressively responsive, even at the very bottom of the rev range, and once you hit 2000rpm and the turbocharger really kicks in, there’s no stopping this 335bhp unit.

The most potent engine in the range, though, is found under the bonnet of the M50d. It’s a diesel engine that can propel you up the road with near-explosive force and doesn’t sound too uncouth in the process, although it’s noisier than the xDrive30d, which offers all the performance most will want.

All X7 engines are paired with an eight-speed automatic gearbox that shifts gears relatively quickly and smoothly, allowing you to take manual control using paddles behind the steering wheel. There can sometimes be a small delay when you plant your right foot to ask for brisk acceleration, but it’s nothing compared with the pregnant pause that afflicts some rivals’ ‘boxes – yes, we’re looking at you, Q7.

When it comes to ride comfort, the standard air suspension does a fine job of soaking up whatever the road can throw at it, and it even gives the Q7 a run for its money on the motorway. The X7’s ride is especially impressive when you consider its massive 21in (or optional 22in) alloy wheels. It's not perfect, though – larger potholes can send a small but noticeable shudder through the car, something that doesn't occur in the cheaper Q7.

Unlike the smaller X5, the X7 really feels its size on winding roads – particularly narrow ones. Turn the steering wheel and the nose takes a moment to react, leaving you wondering if you’re going to plough straight on like an ocean liner. Fortunately, the X7 does change course – although there’s lots of body lean when it does so. It makes the Q7 feel positively light on its toes, although if the Land Rover Discovery feels even more ponderous.

In common with other big BMWs, the steering is accurate, smooth and light. Its flaw, though, is that there’s precious little feedback to tell you what’s going on between the front tyres and the road.

Generally, the X7 is pleasant and relaxing to drive, whether munching through motorway miles or negotiating urban traffic. Here, the optional four-wheel steering greatly aids manoeuvrability at low speeds by turning the rear wheels very slightly in the opposite direction to the fronts for a reduced turning circle.

Head off-road and the X7 will tackle rougher terrain than most buyers will reasonably ask of it, especially if you opt for the optional off-road package; this provides drive settings to suit different terrains, as well as adding underbody protection. 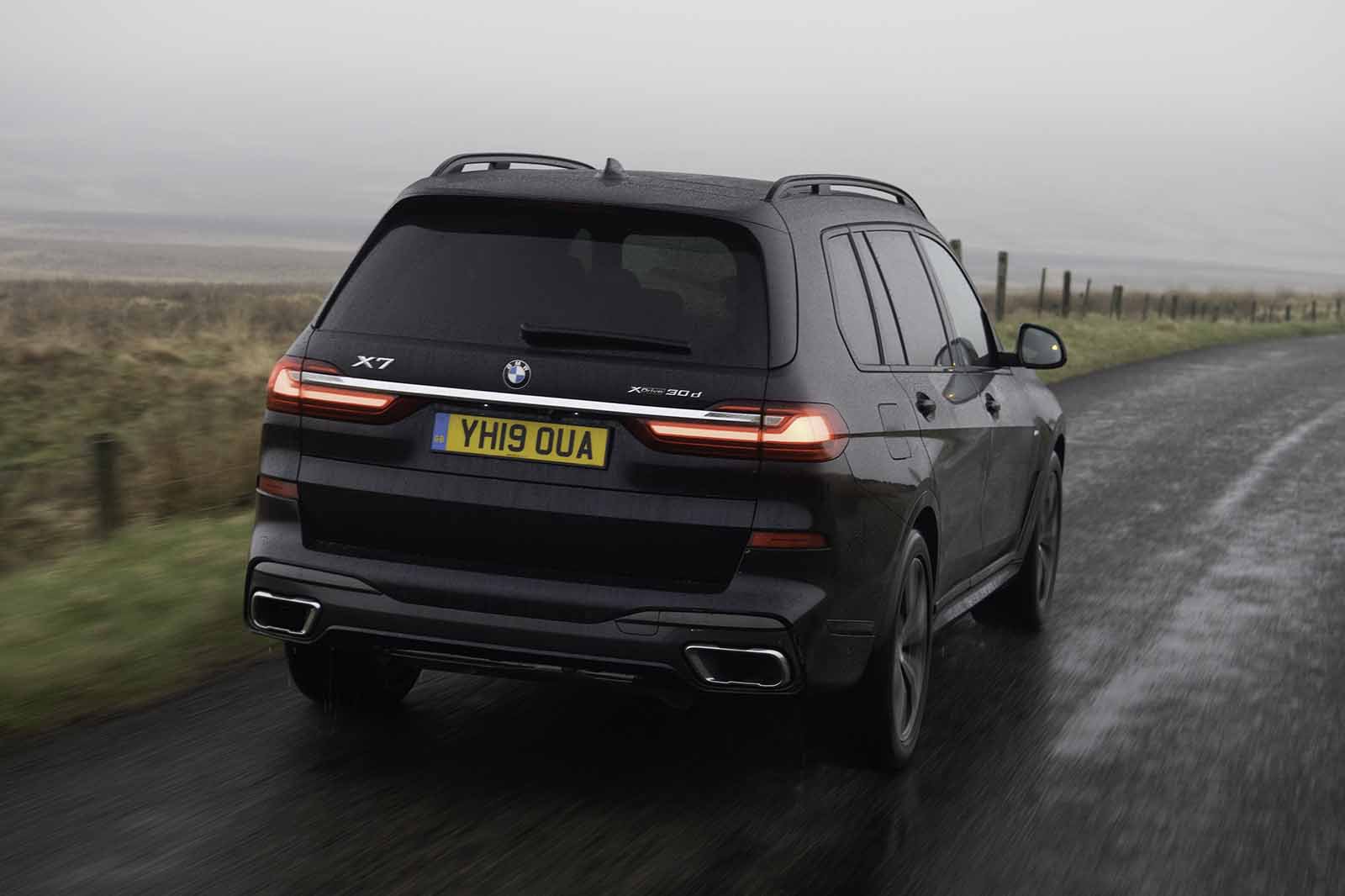 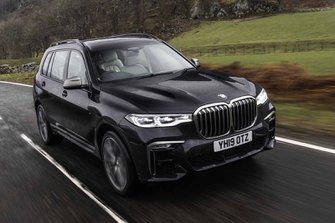 It’s got a gutsy diesel engine and a comfortable ride, but the...