There’s a decent amount of space in the front, with enough head and leg room for even tall drivers to stretch out. Storage space is less generous, though; the door pockets are small and their rearmost extremes are awkward to reach, while the cubby under the centre armrest isn’t that big, either.

In the back, passenger space is poor compared with the Kia e-Niro. There isn't much leg room, especially if someone tall is sitting in the seat in front, and the downward-sloping roofline eats up head space. Kids will be fine, but six-footers won't want to ride in the back for too long – especially since the tiny rear windows make the whole experience even more claustrophobic.

The rear seats split and fold in the standard 60/40 configuration, but they don't slide back and forth. Nor is boot space particularly impressive: the E-Tense won't swallow anywhere near as much luggage as an e-Niro, making the latter a better choice if you need to lug around bulky items, such as buggies or sets of golf clubs. There's also a considerable lip to negotiate and the boot entrance. 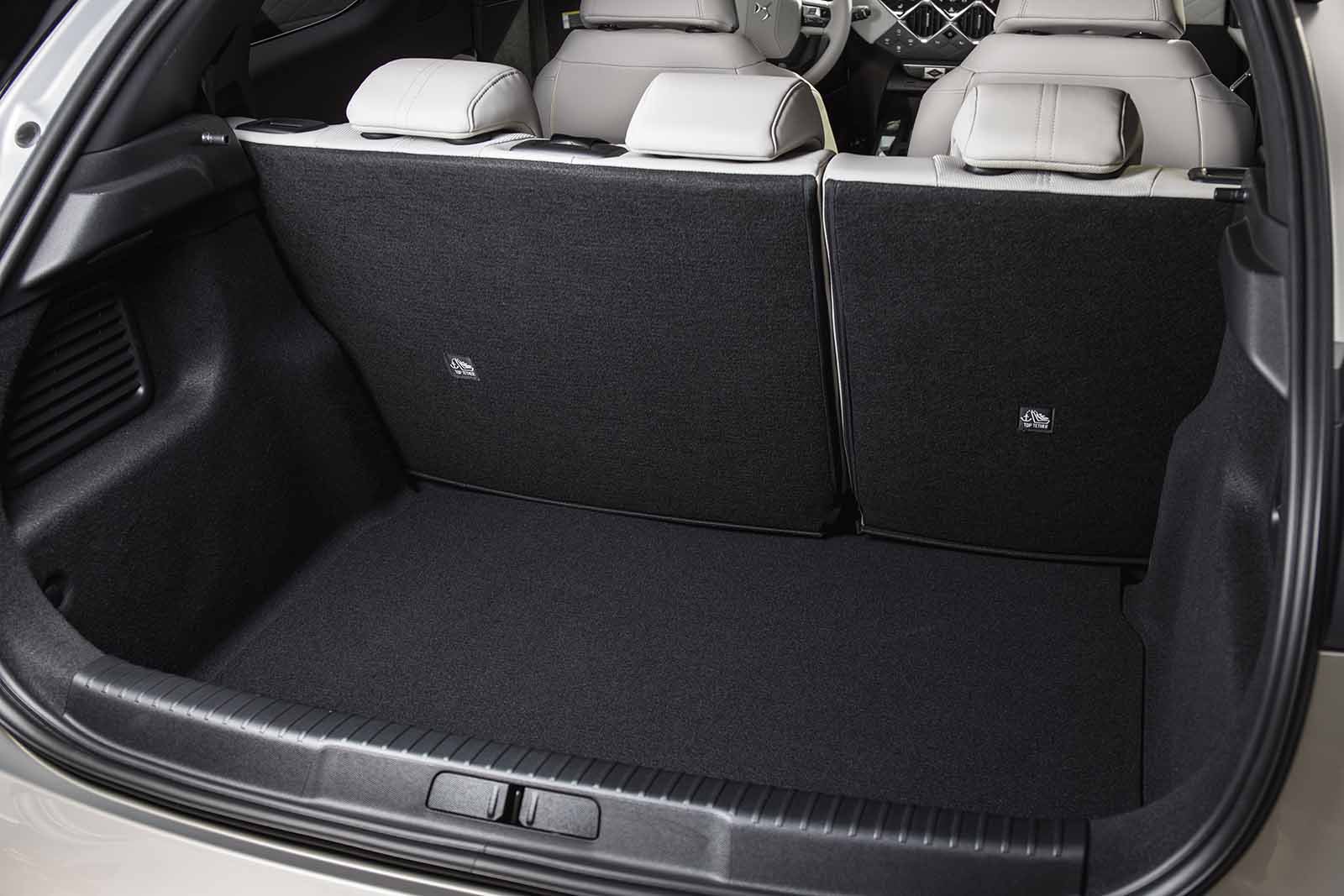