You sit pretty high up in the electric Fiat 500, more so than in a Peugeot e-208 or a Honda E. You’ll either like that or you won’t, but the fundamentals of the driving position are tough to fault thanks to a steering wheel that moves in and out as well as up and down, and a driver’s seat that provides enough support in all the important places. You'll need to fork out for the Comfort Seats pack (or go for range-topping La Prima trim) if you want a central armrest for your left elbow, though.

The fact you're high up in the car also helps give you a good view of the road ahead and to the sides. Over-the-shoulder visibility isn’t brilliant, so it’s a good thing all trims have rear parking sensors as standard and the Eye Park pack (standard on La Prima trim and optional on Passion and Icon) adds more sensors at the front and flanks along with a rear-view camera.

Only the range-topping La Prima gets standard LED headlights for better visibility at night, and adding these to cheaper trim levels – as part of the optional Magic Eye pack – isn’t cheap.

Given its retro exterior styling, you might be surprised by the relatively modern-conventional look of the interior. But the ergonomics are good, and while there aren’t as many upmarket, soft-touch materials as in an e-208, let alone a Mini Electric, everything feels solidly screwed together. In short, the 500 doesn’t feel at all cheap inside.

Opt for entry-level Action trim and you’ll get a radio with four speakers and a smartphone cradle on the dashboard. Want a touchscreen infotainment system? You’ll need to either stump up for the optional Radio Pack or upgrade to Passion trim, which gets you a 7.0in screen with a DAB radio, wireless phone charging and Apple Carplay and Android Auto smartphone mirroring.

Go for Icon or La Prima trim and the touchscreen grows to 10.3in and gains a built in sat-nav function. This is the only system we’ve tested at the time of writing and, apart from one or two small icons on the main homepage, the interface is easy to use and the screen responds quickly when you press it. 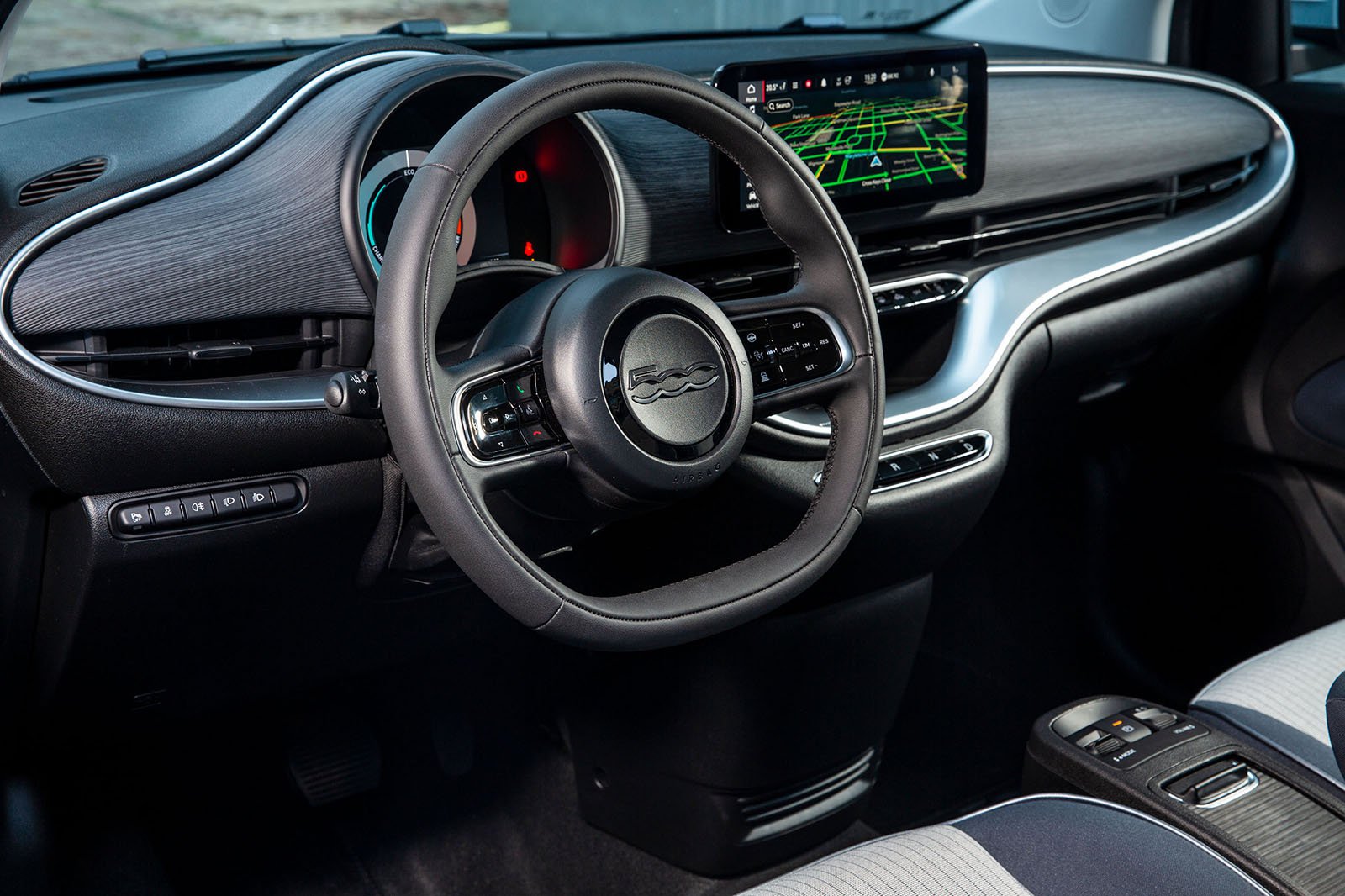